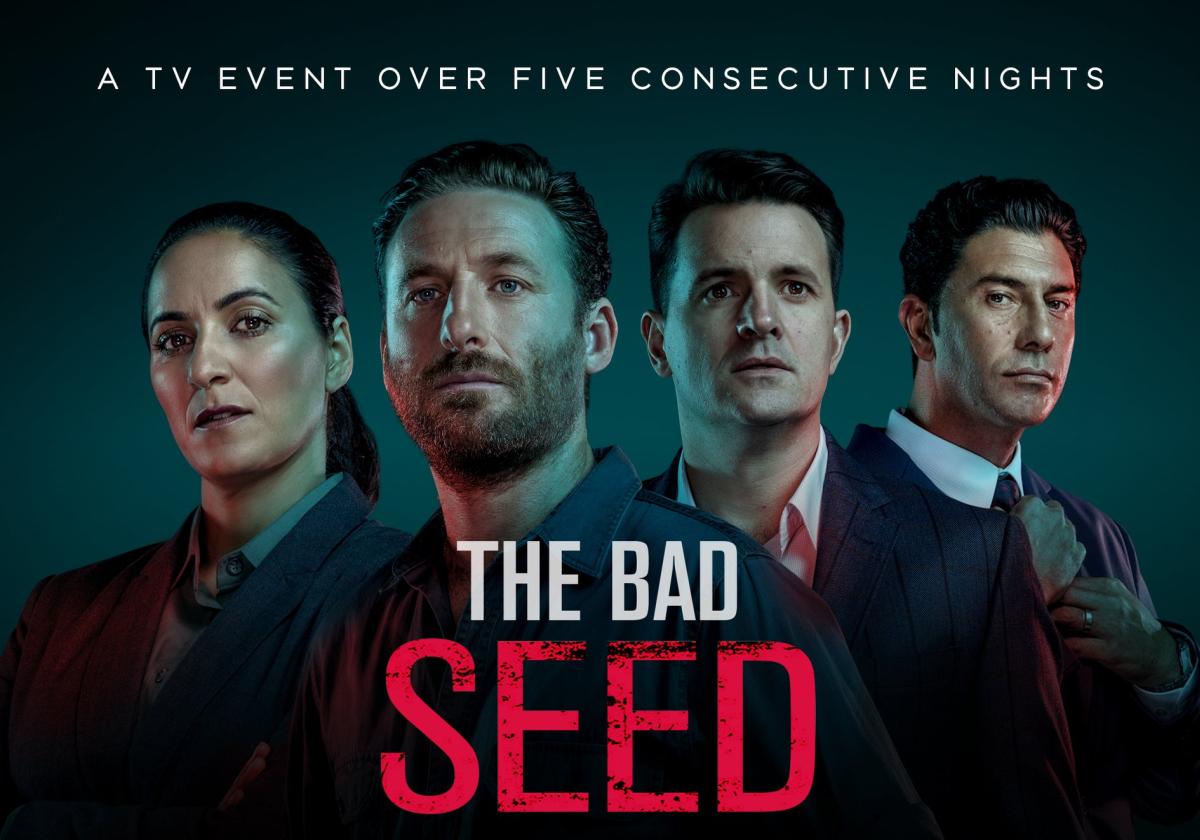 The Bad Seed Returns stars Mckenna Grace as 15-year-old Emma, a seemingly typical teenaged girl who is anything but that. Set several years after the murderous events of the first movie which left her father (Rob Lowe) dead, Emma is now living with her aunt Angela and navigating high school. Angela's husband begins to suspect that Emma may not be as innocent as she appears and suggests sending her off to boarding school. Meanwhile, a new girl (Ella Dixon) at school seems to know Emma's secrets, leaving Emma no choice but to slip back to her old ways and take care of her enemies by any means necessary.

No one is safe when The Bad Seed Returns premieres this Memorial Day, Monday, May 30 at 8p/7c on Lifetime. The sequel to 2018's The Bad Seed with Rob Lowe, Mckenna Grace (Ghostbusters: Afterlife,The Handmaids Tale) returns to headline the continuation as Emma who, after the death of her father, is now living a nice normal life with her aunt, but her dark sinister behaviors can only be hidden for so long. Grace developed the story and co-wrote the script with her father Ross Burge. A true family affair, Grace executive produced the film alongside her parents, Ross and Crystal Burge. Mark Wolper also returns to executive produce alongside Barbara Marshall, who also wrote on the project.

After the murderous events that left her father (Rob Lowe) dead, 15-year-old Emma, a seemingly typical teenaged girl, is now living with aunt Angela (Michelle Morgan) and navigating high school. But the darkness can only be hidden for so long, especially when Angela's husband Robert (Benjamin Ayers) begins to suspect Emma may not be as innocent as she appears, and a new girl at school, Kat (Ella Dixon), seems to know Emma's secrets from the past. Left with no choice, Emma slips back to her old ways to take care of her enemies by any means necessary.

Patty McCormack, who earned an Academy Award and Golden Globe nomination from the 1956 version of The Bad Seed reprises her role as Emma's therapist Dr. March.

The Bad Seed was based on the novel of the same name by William March and the play by Maxwell Anderson.

This crime drama tells the story of two brothers from a dysfunctional family who have raised themselves up from the desperate days of their early childhood, only to have their newly ordered lives begin to fall apart when one becomes a suspect in a murder. *Sundance Now Exclusive Series