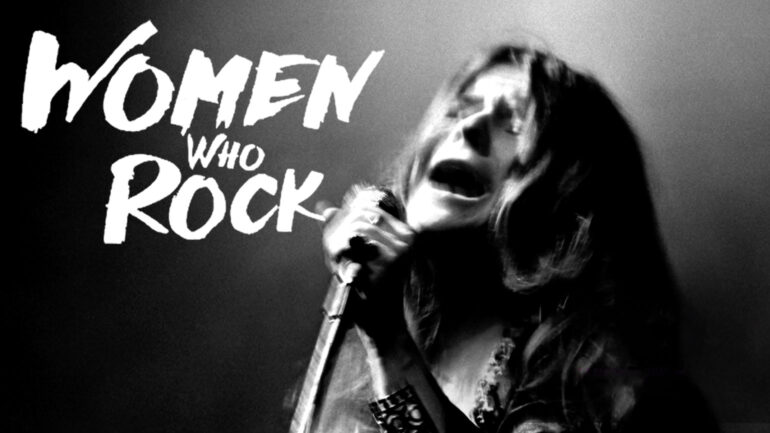 NEW YORK - May 31, 2022 - EPIX, the premium television network, announced that four-part music docuseries Women Who Rock will premiere on Sunday, July 10 at 9 p.m. EDT/PDT. This EPIX original docuseries, from John Varvatos and Derik Murray's Network Entertainment, pays homage to female pioneers in music who have stormed the stage, wielded their instruments, amplified their voices, and sung the soundtrack of our lives. In their own words, generations of iconic female artists discuss truth, defiance, artistic expression, hard-won success, and most importantly, the insights and tales behind their timeless music.

"Women Who Rock is a celebration of iconic women who boldly trailblazed their way into the men's club of rock 'n' roll," said Michael Wright, president of EPIX. "I'm thrilled to partner again with John Varvatos and Network Entertainment to continue EPIX's tradition of developing quality music docuseries for our discerning audience."

"Over the four episodes of Women Who Rock, these 40-plus icons illuminate not just their own place in music history, but give us the untold story of their relationship to each other. Each of these pathbreaking women built rungs for the next generation to stand -- and rock - on," said Jessica Hopper, executive producer and director.

EPIX previously partnered with Varvatos and Network Entertainment on the five-time Leo Award-winning docuseries Punk, which was executive produced by Iggy Pop and explored the rise of the punk movement.