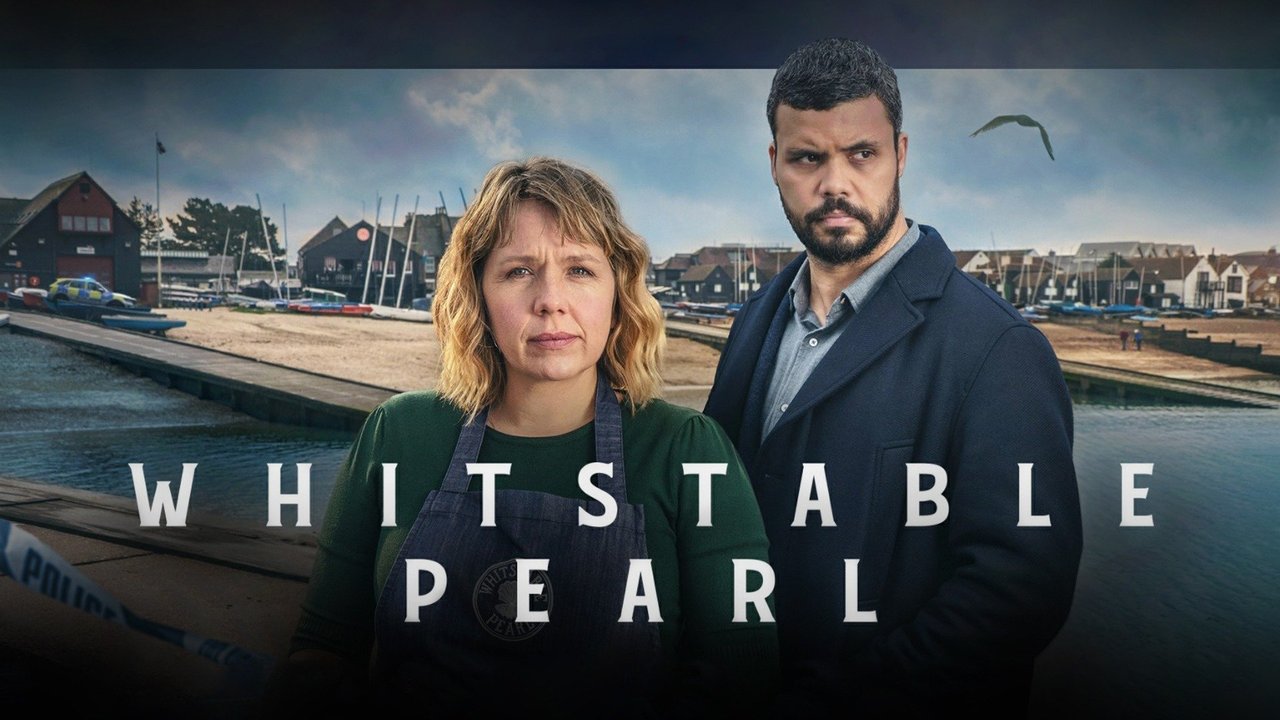 New York, NY - October 26, 2022 -The Acorn TV Original cozy seaside mystery series, Whitstable Pearl, returns ashore for its second season premiering Monday, November 28 with two episodes on Acorn TV, AMC Networks' acclaimed streamer devoted to British and international television. Two new episodes will premiere weekly every Monday through December 12. Starring Kerry Godliman (After Life, Derek) as the titular Pearl Nolan, a restaurateur with a knack for investigation, Season Two will find Pearl in the middle of some big changes and even bigger cases including a potential kidnapping, a voyeuristic investigation of a man across the street, and the attempted murder of a '70s starlet.

In Season One, Pearl (Godliman) juggled her commitments to the restaurant - the eponymous - Whitstable Pearl - with her 'side hustle' as a PI. Season Two, however, finds Pearl prioritizing her detective work - transitioning from being a chef who solves crimes to a full-time investigator who just happens to own a restaurant. It's also been six months since the breakdown of her fleeting romance with DCI Mike McGuire (Howard Charles, Shadow and Bone, The Musketeers); the two former lovers have decided to remain friends, and both have moved on... fast. With every new case she takes, it always seems to begrudgingly overlap with Mike's police investigations. Charged by a determination to outdo each other (and a fiery mutual attraction), it's a race to solve each case, but when they work together, they make a hell of a team.

Starring Kerry Godliman (Ricky Gervais' After Life) as the titular Pearl Nolan, the new six-part British detective drama Whitstable Pearl will make its exclusive worldwide debut on Monday, May 24, 2021 on Acorn TV, AMC Networks' acclaimed streaming service specializing in British and International television. The series will debut day-in-date across Acorn TV internationally in the US, Canada, UK, Australia and New Zealand. Based on the much-loved novels The Whitstable Pearl Mystery and Disappearance at Oare by Julie Wassmer (EastEnders), Whitstable Pearl is brought to the screen for the first time by iconic Norwegian filmmaker Øystein Karlsen (Exit, Dag, Lilyhammer).

Whitstable Pearl explores the dark undercurrents of murder and debauchery swirling beneath the surface of the picturesque English seaside town of Whitstable, famous for its native oysters and buffeted by the prevailing winds and spray of the North Sea.

When local celebrity Pearl Nolan, chief proprietor of the eponymous Whitstable Pearl restaurant and a newly formed detective agency, discovers the body of Vinnie, a close family friend, she takes it upon herself to investigate what she believes to be murder. Standing in the way of her detective work is DCI Mike McGuire (Howard Charles, The Musketeers), the new Kent police chief who has transferred from London in an attempt to escape from his past. Pearl and Mike clash at first, but then Mike becomes the only other person to share Pearl's belief that Vinnie was murdered. When a second body shows up, Pearl finds herself pulled into the seedy underbelly of this picturesque town. The British seaside holiday will never be the same again.

Set beneath huge skies and amid the lengthening shadows of a picture postcard town just miles from London, the friction between the locals and the moneyed arrivals from the city is palpable as centuries of village tradition grates against the inevitable pressure of money and gentrification.

Pearl Nolan (Kerry Godliman, After Life) has always dreamed of becoming a detective, however an unplanned pregnancy in her early twenties left her police career in tatters before it ever truly began. Instead, Pearl resolved to pour all her energy into raising her son, Charlie (Rohan Nedd, Safe), alongside working with her mum, Dolly (Frances Barber, Mr. Holmes, Doctor Who), to build the family seafood restaurant into a thriving business.

Eighteen years have passed since then, and the restaurant has become an iconic feature of their coastal hometown, Whitstable. With Charlie all grown up and making plans for his gap year, Pearl can't help shaking the feeling that there is more to life than just serving oysters and cava. Determined to rekindle her passion for life, Pearl sets up a private detective agency. Known amongst the community for her caring and compassionate nature, locals soon flock to her with all manner of cases. When a new mysterious client arrives in Whitstable and demands Pearl investigate an old family friend, she is left feeling conflicted over what she should do. Pearl reluctantly agrees to take on the case, believing she can help get her friend out of whatever trouble he's managed to land himself in this time. However, when his body is discovered under gruesome circumstances, Pearl is unwilling to accept the official verdict that it was a tragic accident.

Pearl's refusal to believe it pure coincidence, leads her into conflict with DCI Mike McGuire (Howard Charles, The Musketeers), a new arrival in Whitstable. Despite getting off to a bad start, the two investigators find themselves bonding over a shared desire to help those overlooked by the system. Resolving to put their differences aside the two strike up an unlikely partnership that sees them investigate a range of crimes together from an estate agent force fed marmalade to a cold case that proves anything but.

The producer of the series is Guy Hescott (Agatha Raisin) and the casting director is Rob Kelly. Executive Producers are Tony Wood, Anna Burns, Richard Tulk-Hart and Nadia Jaynes for Buccaneer as well as Øystein Karlsen and Julie Wassmer.

Distributed internationally by Cineflix Rights, the series will exclusively premiere on Acorn TV in North America, New Zealand, Australia, and the United Kingdom in 2021.