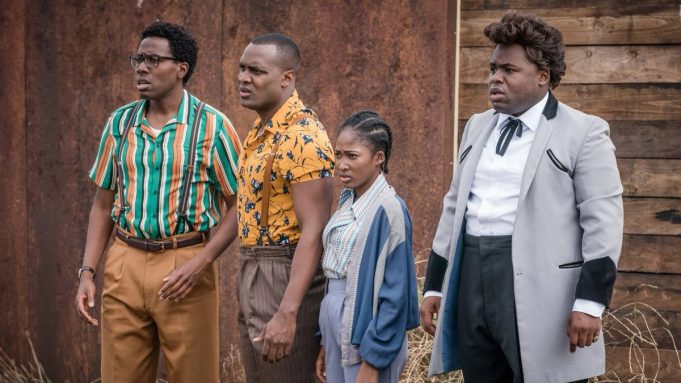 Created by BAFTA and British Screenwriting awards nominee Daniel Lawrence Taylor, Timewasters is a ½ hour comedy about a struggling four-piece South London jazz band who time travel via a urine-soaked elevator in a dilapidated block of flats. In the first season, the band travels to 1920s high-society London - encountering pop culture luminaries, historical figures and everyday citizens - and in the second season, the time-traveling quartet is transported to London in the 1950s. Met with strange stares and genuine curiosity in both eras, the group hilariously navigates the clash of cultures and social conventions all while exploring worlds that are, at once, both incredibly familiar and painfully foreign.

In 2018, Timewasters was nominated for Best Comedy Series at the BAFTAs and won Daniel Lawrence Taylor the RTS award for Breakthrough Talent, as well as a nomination in the same category at the Edinburgh TV Awards.

Timewasters is a Big Talk production with CBS Studios, created and written by Daniel Lawrence Taylor with Barunka O'Shaughnessy (Camping, Hunderby). Executive Producers are Big Talk Chief Executive, Kenton Allen (Friday Night Dinner, Back, The Offenders) and Matthew Justice and is directed by George Kane (Back, Crashing). The series originally aired in the UK on ITV2. Big Talk international sales and distributions are represented by Endeavor Content.