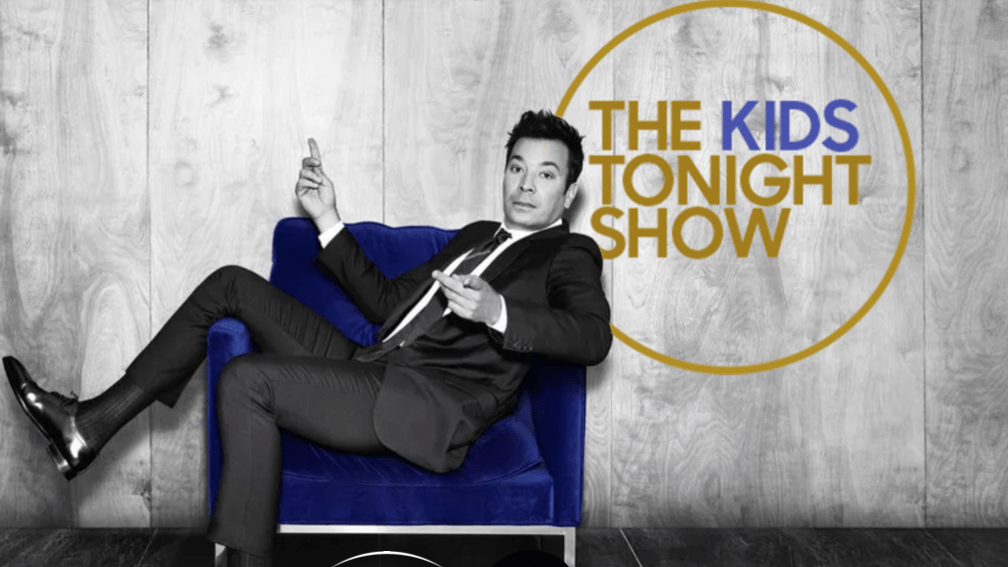 THE KIDS TONIGHT SHOW, executive produced by Fallon, is a new late-night series launching on Peacock on Thursday, Oct. 14 with two new episodes dropping weekly. Hosted by an ensemble of four amazingly talented and quick-witted kids, this is the show where the kids are in charge. Shooting in Studio 6A at 30 Rock, across the hallway from Fallon's own Studio 6B, THE KIDS TONIGHT SHOW is an all-new late-night series that will offer a unique kid's lens on the iconic series "The Tonight Show." Viewers will get next-generation interpretations of all the beloved Fallon bits, celebrity interviews and signature late-night fun for kids and the whole family.

RECKER EANS - Recker Eans (11) has been banging on drums for nearly half his life. Recker has performed live with bands The Used, Pennywise and Authority Zero as well as appeared in music videos for bands Volbeat, Neffex and Signals. He's been featured in a Gap Kids Worldwide Ad Campaign appearing in NYC Times Square. His rock band, The Twits, created an original song called "We Are The Future" that became the anthem for a Gap ad campaign. When he's not working on his vocals or playing the guitar, he's learning how to speak Chinese. Catch him and his band playing Punk Rock Bowling Festival and opening up for Seether and Marc Rebillet this year!

MYKAL-MICHELLE HARRIS - Mykal-Michelle Harris (9) has been a shining star since she was 3 years old when her "Like Serena" video racked up 15 million views as she gushed about the tennis legend. Ascending into roles on "Big Little Lies," "Mixed-Ish," "Little Big Shots," and "The Affair," her New Jersey upbringing and spending time with her family keeps her grounded. The bright young face in Hollywood will next be seen in the upcoming remake of "Cheaper by the Dozen" in 2022.

OLIVIA PEREZ - Olivia Perez (11) is known for her "In the Heights" role as Iris and cameo in "Dash & Lily." She can also be seen playing Mia on "Sesame Street," and in the short film "Remember When" as Vanessa. When the native New Yorker isn't scaling boulders in rock-climbing competitions around the city, she can be seen in lofty ads for Puma, J.Crew and Zara.

YOUNG DYLAN - Dylan Gilmer (12), aka Young Dylan, hails from Annapolis, MD. One viral video landed the young rapper appearances on "America's Got Talent," and "The Ellen DeGeneres Show," the rest is history! The rising young actor and hip-hop artist stars in his very own comedy series "Tyler Perry's Young Dylan," executive produced by Tyler Perry. He can often be seen as a correspondent for DeGeneres' EllenTube. When he's not on set, he's posting original freestyles on social media, and is working on his upcoming music project.

MYKEY COOPER - Mykey Cooper (16) is a SAG-certified actor, rapper, spoken word/voiceover artist, and writer from Philadelphia who has been in the industry for more than 10 years. Cooper is known for his more-recent role in "Power Book 3: Raising Kanan" as Tyus Crane. Mykey's voice can be heard on the award-winning series "Opal Watson Private Eye" as Frank Watson, "Sesame Street" season 50, as well as a Nike/MLB commercial as Josh. He is also a member of the WGA and is one of youngest writers for a major TV network. He just released his debut single, "Die to Live."