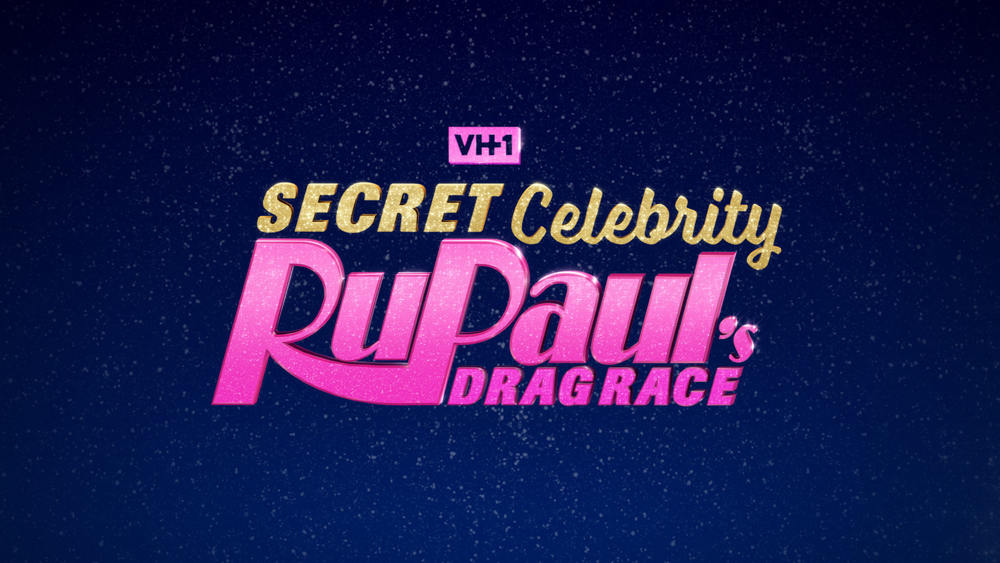 Featuring a Star-Studded Cast of Secret Celebrities, who will be Ruvealed as the Competition Unfolds

NEW YORK, NY - July 18, 2022 - VH1 today announced the second season of "RuPaul's Secret Celebrity Drag Race'' will premiere Friday, August 12th at 8:00pm ET/PT. Filmed in front of a live studio audience, nine celebrities from all walks of life have agreed to leave their famous identities behind as they fully embrace the miracle of drag. It will be kept secret who each contestant is until they are asked to sashay away, allowing viewers to focus on their charisma, uniqueness, nerve, and talent.

Each week, the celebrities will undergo complete drag transformations and compete in the ultimate lip sync showdown based on a new category until one of them is crowned "America's Next Celeb Drag Superstar" and awarded $100,000 for their favorite charity.

MTV Entertainment Group reaches over 1.4 billion young people around the world across streaming, social and linear platforms in 180 countries and with more than 725 million social followers - making it one of the preeminent youth media companies in the world. Connecting with its audiences through nine iconic brands including MTV, Comedy Central, VH1, CMT, Pop, Logo, Smithsonian, Paramount Net and TV Land, MTV Entertainment Studios produces award-winning series, movies and documentary films.

VH1 today announced that "RuPaul's Secret Celebrity Drag Race," an expansion of the Emmy(R) award-winning franchise, will premiere on Friday, April 24th at 9:30pm ET/PT following an all-new episode of "RuPaul's Drag Race." "Untucked" will move to 11:00pm ET/PT to make room for the fierce stars.

During this four-part event series, the audience must tune-in to find out which film, music, television, and comedy stars will be featured in the competition. Each week, a trio of celebrities open up their heart and mind to the transformative power of drag, embracing the inner fierce queen inside of them. They all step onto the runway feeling beautiful, powerful and inspired in their own way, realizing that drag doesn't change who they are, but reveals who they are.

With the help of beloved "Queen Supremes" Alyssa Edwards, Asia O'Hara, Bob the Drag Queen, Kim Chi, Monét X Change, Monique Heart, Nina West, Trinity the Tuck, Trixie Mattel and Vanessa Vanjie Mateo, the celebrities undergo a drag transformation and compete in fan-favorite challenges to win prize money for the charity of their choice. At the end of every episode, RuPaul will crown "America's Next Celebrity Drag Race Superstar."

"RuPaul's Secret Celebrity Drag Race is a blast," said four-time Emmy(R) Award-winning host and Executive Producer RuPaul. "We put these celebrities through it! Because no matter how famous your charisma, uniqueness, nerve and talent is, you still put your pantyhose on one leg at a time."

Season 12 of "RuPaul's Drag Race" airs every Friday at 8:00pm ET/PT on VH1 followed by "Untucked." This week, the remaining queens get into the groove in a Queen of Pop inspired musical. Guest judges are U.S. Representative Alexandria Ocasio-Cortez and supermodel Winnie Harlow. View Promo Here

The current season of "RuPaul's Drag Race" continues to dominate in the ratings with last Friday's episode posting the franchises' highest ratings in nearly two years. Additionally, the season is pacing up +17% versus last season with P18-49.

For more information on "RuPaul's Secret Celebrity Drag Race" and up-to-date news, go to www.vh1press.com and follow RuPaul's Drag Race on Twitter, Instagram, Facebook & TikTok for the latest tea. Use #CelebDragRace to join the conversation.