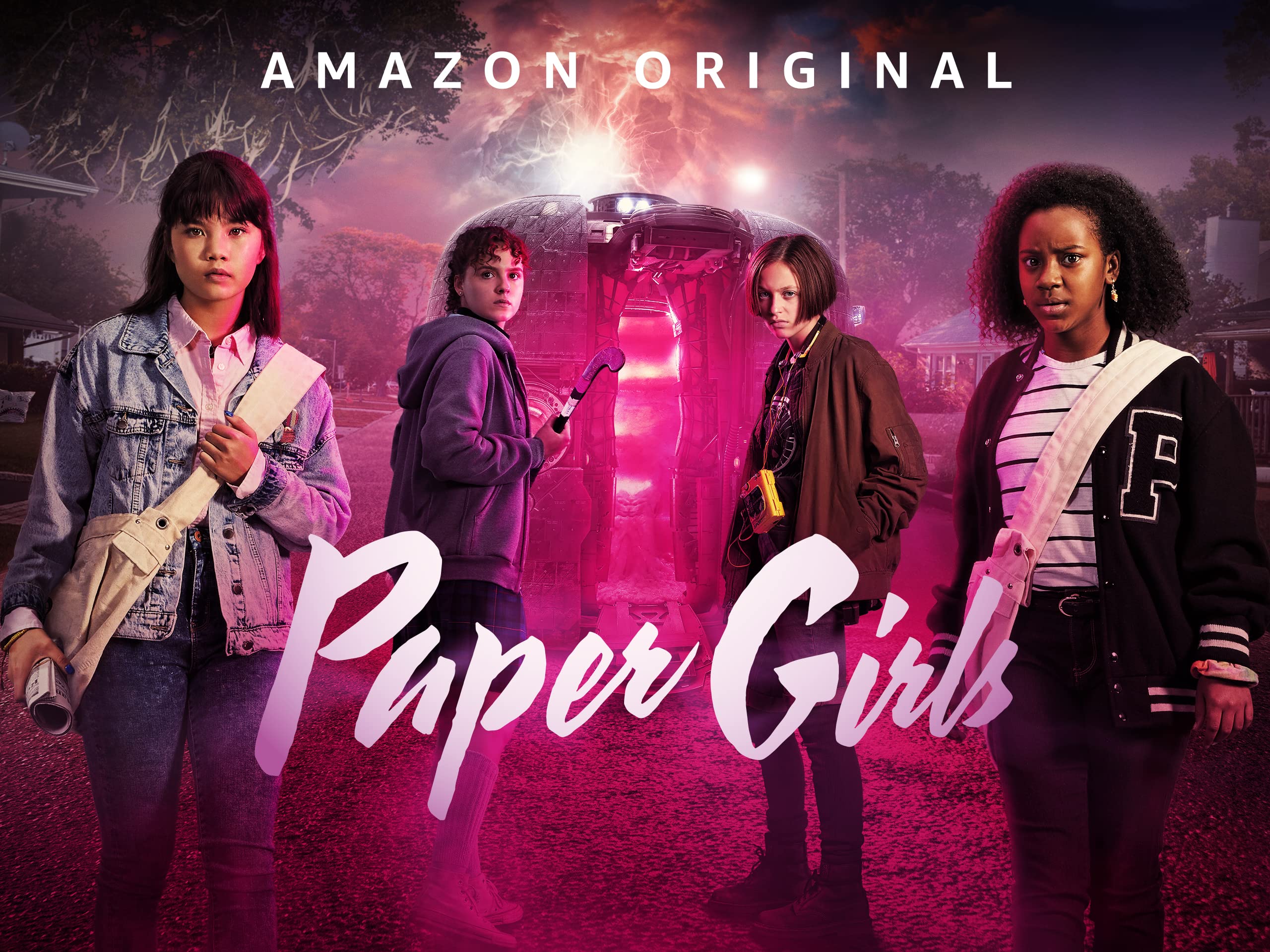 All eight episodes, based on the comics by Brian K. Vaughan and Cliff Chiang, will premiere July 29 on Prime Video

In the early morning hours after Halloween 1988, four paper girls - Erin, Mac, Tiffany, and KJ - are out on their delivery route when they become caught in the crossfire between warring time-travelers, changing the course of their lives forever. Transported into the future, these girls must figure out a way to get back home to the past, a journey that will bring them face-to-face with the grown-up versions of themselves. While reconciling that their futures are far different than their 12-year-old selves imagined, they are being hunted by a militant faction of time-travelers known as the Old Watch, who have outlawed time travel so that they can stay in power. In order to survive, the girls will need to overcome their differences and learn to trust each other, and themselves.

Based on the best-selling graphic novels written by Brian K. Vaughan, Paper Girls is a high-stakes personal journey depicted through the eyes of four girls, played by breakout leads Camryn Jones as Tiffany Quilkin, Riley Lai Nelet as Erin Tieng, Sofia Rosinsky as Mac Coyle, and Fina Strazza as KJ Brandman. Ali Wong also stars as the grown-up version of Erin, with Nate Corddry as Larry, and Adina Porter as Prioress.

"As fans of the comic already know, this story seamlessly interweaves deeply personal character drama with the kind of high adventure and action that is truly rare on the small screen," said Christopher C. Rogers, Executive Producer and showrunner. "That said, this show is for everyone (even those who've never picked up a comic book!) who has ever wondered what it would be like to meet themselves at a different stage of life - to compare what you know now with what you thought you knew then... It's been a genuine thrill to get to play in Brian and Cliff's world, and I'm humbled to have worked alongside this incredibly special group of artists and collaborators to bring it to life."

"I love this show!" said Brian K. Vaughan. "The extraordinary cast feels ripped from the pages of our comic. And whether you've read every issue of Paper Girls or are just starting the ride here, there will be huge surprises in store for you this epic first season."

Ali Wong added, "I am so excited for viewers to discover the incredible young leads of Paper Girls, my co-stars Riley Lai Nelet, Camryn Jones, Sofia Rosinsky, and Fina Strazza. Riley and I get to play 'Erin' in different decades, and our collaborations in crafting this character together could not have been more fun."

Paper Girls is from Amazon Studios and Legendary Television, in association with Plan B. The series is executive produced by Christopher C. Rogers, Stephany Folsom, Christopher Cantwell, Brian K. Vaughan, Cliff Chiang, Steven Prinz, and Plan B. The series was created for television by Folsom. Season One is directed by Mairzee Almas, Georgi Banks-Davies, Destiny Ekaragha, and Karen Gaviola.

Amazon Studios has ordered the new series Paper Girls, from Legendary Television in association with Plan B, based on the best-selling graphic novel series by award-winning comic book visionary and television writer Brian K. Vaughan and artist Cliff Chiang. Paper Girls follows four young girls who, while out delivering papers on the morning after Halloween in 1988, become unwittingly caught in a conflict between warring factions of time-travelers, sending them on an adventure through time that will save the world. As they travel between our present, the past, and the future - they encounter future versions of themselves and now must choose to embrace or reject their fate. Based on the graphic novel series by Brian K. Vaughan and Cliff Chiang, Paper Girls is from Amazon Studios and Legendary Television in association with Plan B, with executive producers Stephany Folsom, Christopher Cantwell, and Christopher C. Rogers, who will also serve as co-showrunners; Brian K. Vaughan and Cliff Chiang are also executive producers.