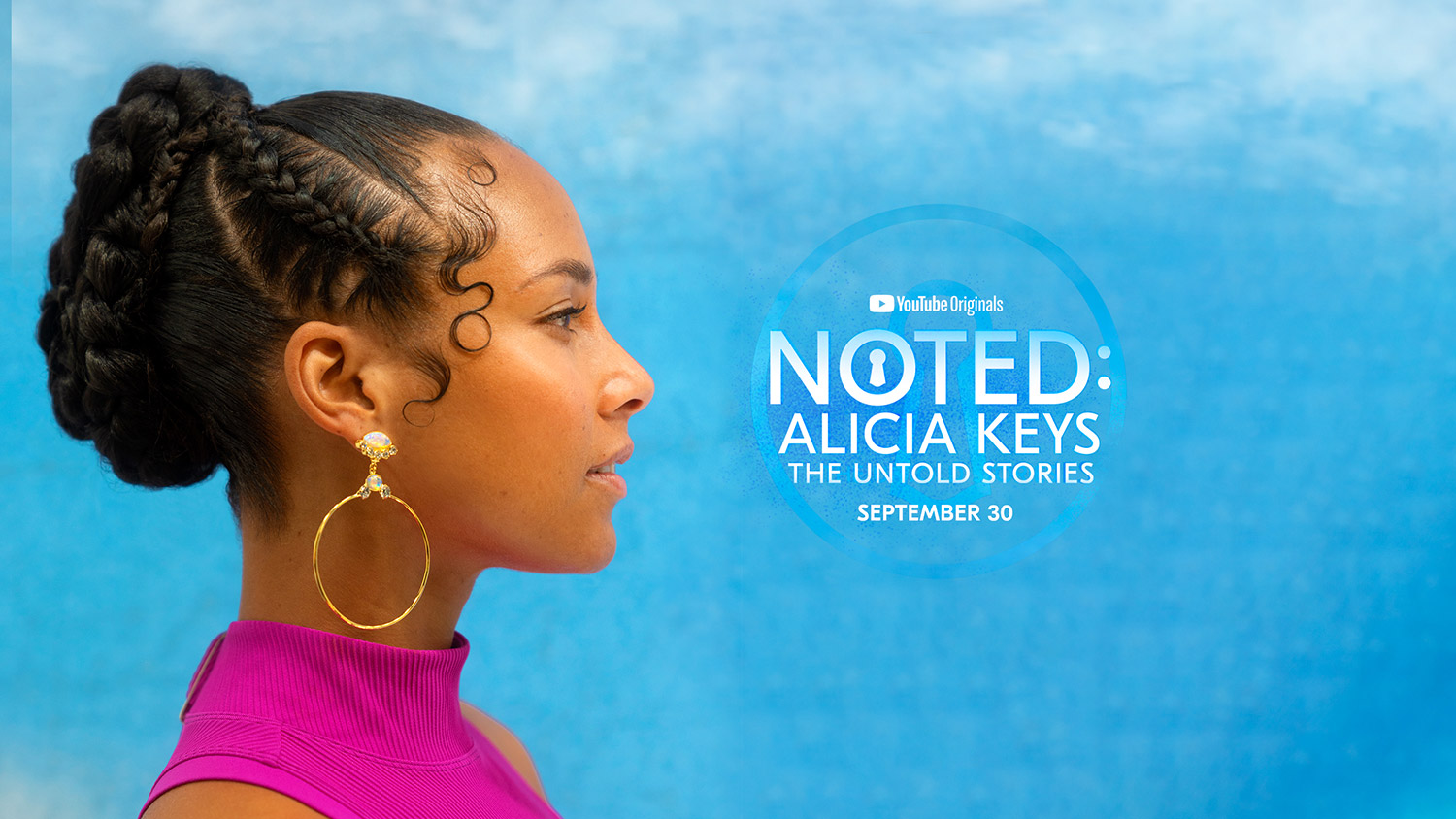 SEE THE NEW ALICIA KEYS LIKE YOU'VE NEVER SEEN HER BEFORE IN "NOTED: ALICIA KEYS THE UNTOLD STORIES"

LOS ANGELES, CA, SEPTEMBER 16, 2021 -- As 15-time GRAMMY Award-winning artist and worldwide-celebrated music icon Alicia Keys was fresh off of her AK20 celebration of her smash debut album Songs In A Minor and putting the finishing touches on her eighth and most exciting album to date, Keys captured it all for an intimate performance docuseries for YouTube Originals, "Noted: Alicia Keys The Untold Stories." View the official trailer for "Noted" HERE.

Produced by Keys, "Noted" is a four-part documentary series filled with breathtaking, introspective moments and visual displays. Informed by life defining memories and meaningful conversations with artists and loved ones, Keys brings viewers into a whole new experience combining the documentary and performance worlds in a way fans never have seen before. All four episodes will premiere for free Thursday, September 30th only on Alicia Keys' official YouTube Channel.

"Noted" comes at a very exciting time for Keys as she just released her new single "LALA" last week featuring Swae Lee (stream here). "LALA" demonstrates Keys at her best, owning her lane as only the musical genius can, and fans can watch Alicia being her best and boldest and rawest she's ever been in "Noted." Following the release of "LALA," Keys returned to the MTV VMAs stage for the debut live performance of the song with her hometown, New York City, shining behind her. The next day, Alicia radiated beauty and elegance as she stepped onto the carpet at the 2021 MET Gala wearing AZ Factory and Van Cleef & Arpels and later celebrated the night, her new single, and her husband's birthday with an exclusive soiree attended by Elon Musk and Michael Jordan, among many of the most illustrious creative artists of today.

Alicia Keys is a 15-time GRAMMY(R) Award-winning singer, songwriter, musician, producer, accomplished actress, New York Times best-selling author, film/television and Broadway producer, entrepreneur, and a powerful force in the world of activism. Since the release of her monumental 2001 debut album, SONGS IN A MINOR, Keys has sold over 65 million records and built an unparalleled repertoire of hits and accomplishments. Alicia has become the #1 RIAA certified Female R&B artist of the millennium with 27.5 Million worldwide certified digital sales (US) and 20 Million Album Sales (US). Her seventh studio album ALICIA was released to rave reviews in September 2020 and earned Keys her 8th #1 album on the Billboard R&B Albums chart. The first single, "Show Me Love," earned Keys a record-extending 11th #1 on the Billboard Adult R&B Songs airplay chart and was certified gold. Her follow-up platinum hit single, "Underdog," went #1 on the overall iTunes chart and became the most added song at Top 40 radio in the US upon its release. Keys released her new book "More Myself: A Journey" in March 2020 via Flatiron Books, which debuted and spent multiple weeks on The New York Times Bestseller List. Alicia recently launched her lifestyle beauty brand, Keys Soulcare, which aims to go beyond skincare to truly care for the whole self; body, mind, and spirit.