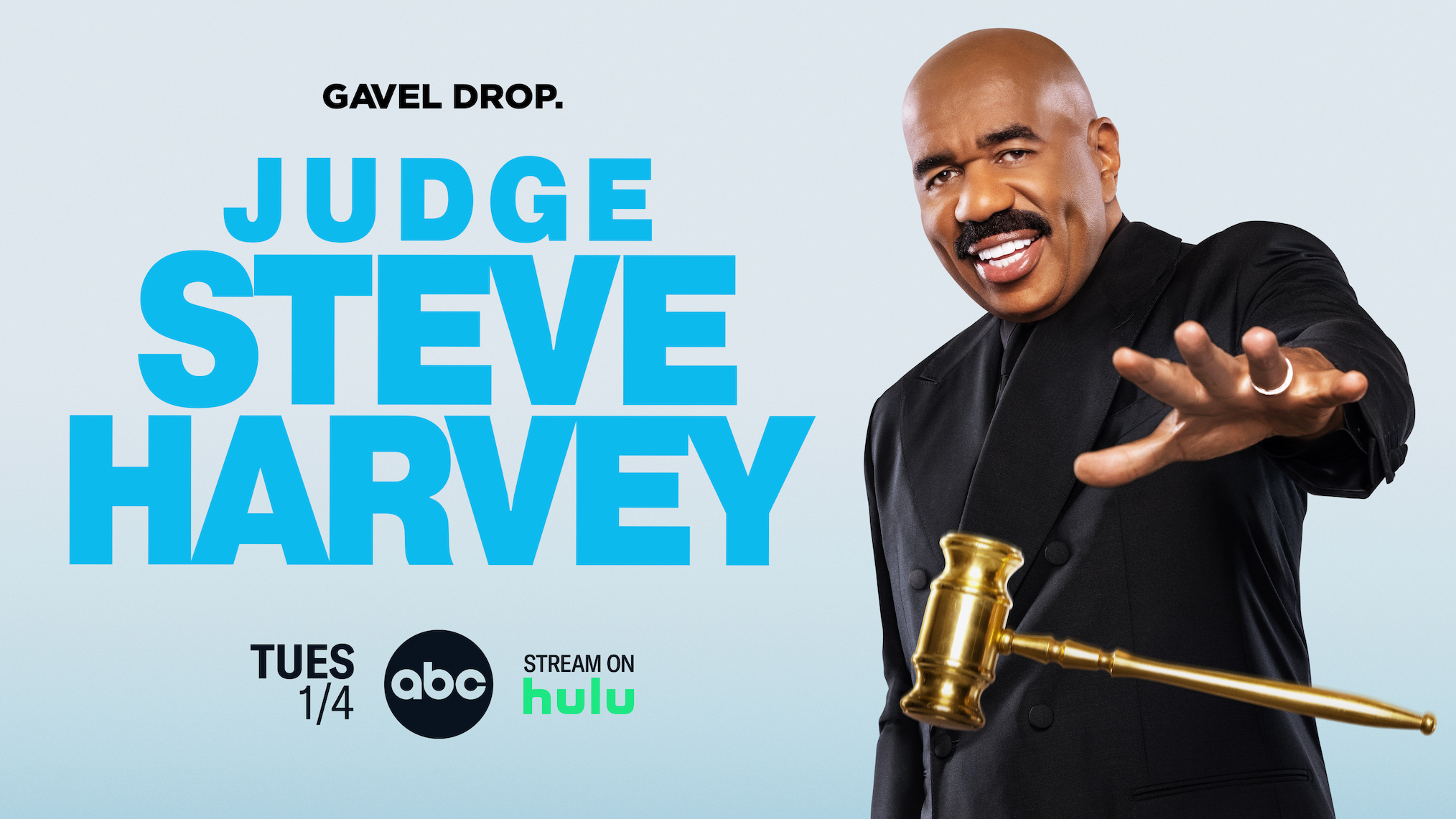 STEVE HARVEY DROPS THE GAVEL ON THE SERIES PREMIERE OF 'JUDGE STEVE HARVEY' TUESDAY, JAN. 4, AT 8|7c ON ABC

Steve Harvey serves as the judge, jury and star of "Judge Steve Harvey," a new one-hour unscripted courtroom comedy series premiering TUESDAY, JAN. 4 (8:00-9:00 p.m. EST), on ABC. Real-life people with real-life conflicts will present their case in his courtroom, ranging from family disputes, unpaid bets, sour friendships and everything in between. With the help of Nancy, his trusted bailiff by trade, Steve plays by his own rules, basing his courtroom on his own life experiences and some good old common sense. Watch a special sneak peek here. Watch episodes on demand and on Hulu the day following their premieres.

"I'm extremely excited for the opportunity to continue my fruitful partnership with ABC and collaborate with them on my next venture," said Steve Harvey. "Viewers tuning into 'Judge Steve Harvey' will watch as I tackle tough and, at times, entertaining issues while also providing much-needed advice and good old-fashioned common sense to the litigants in my court."

"Steve Harvey is completely in his element in this show, and that's why we love working with him, and fans love watching him," said Rob Mills, executive vice president, Unscripted and Alternative Entertainment, Walt Disney Television. "His wit and charm lend itself perfectly for this hilarious courtroom series that features some of the most outrageous cases ever seen on television."