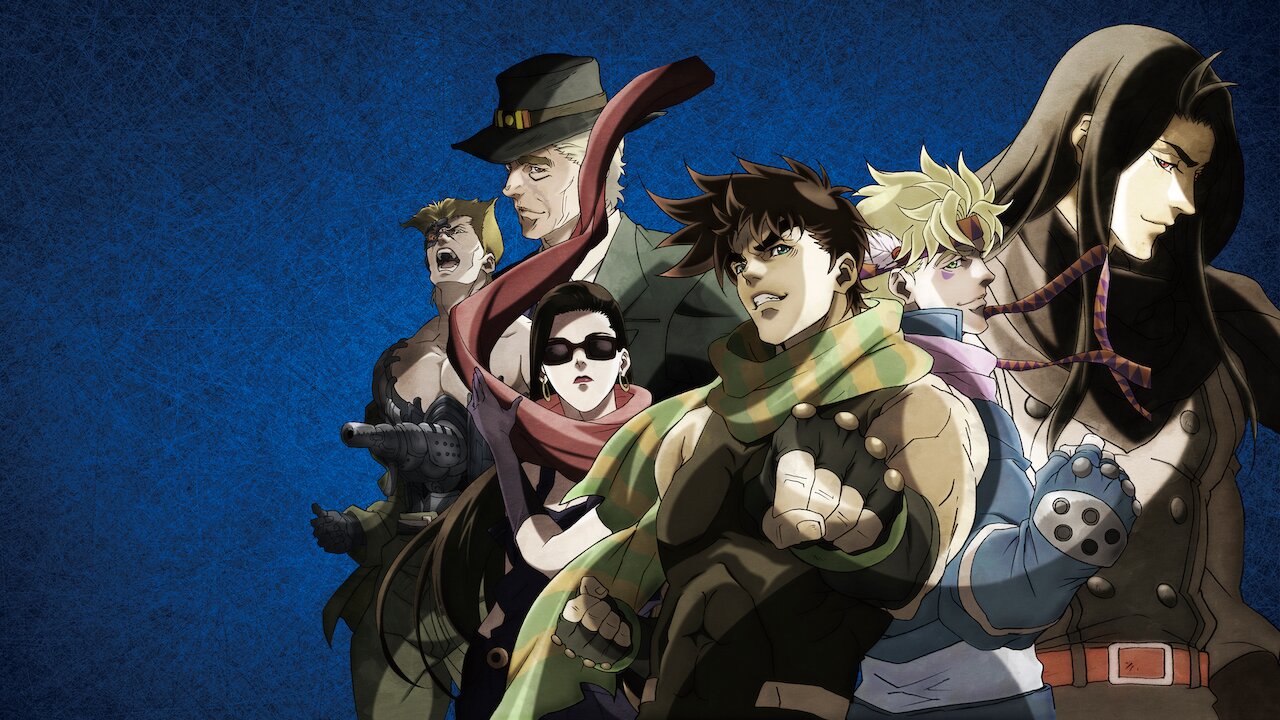 Jolyne Cujoh is framed for a crime and incarcerated in the maximum-security Green Dolphin Street Prison, also known as "The Aquarium." Intent on getting her out, Jolyne's father, Jotaro Kujo, comes to visit... but that is exactly what the mysterious Stand and mastermind Pale Snake planned for all along. Pale Snake wants what is within Jotaro's memory: "a pathway to Heaven," which was sought by DIO, who Jotaro defeated long ago.

Pale Snake attacks Jotaro, removing both his Stand ability and memory in the form of discs, leaving him in a dormant state. In order to recover her father's discs, Jolyne decides to remain in the prison.

Along with her new companions Ermes Costello, F.F., Emporio Alnino, Weather Forecast and Narciso Anastasia, Jolyne fights against other Stand users who have infiltrated the prison so she can uncover who is behind Pale Snake and reclaim her father's Stand ability and memory.

A new and more intense chapter of the final battle that will put an end to the century-spanning, intertwining fate of the Joestar family and DIO begins!

When Jolyne Cujoh and her boyfriend get in an accident while out on a drive, she is framed for the crime and sentenced to 15 years in prison.

Will she ever be free from this prison - this stone ocean?

The final battle in the century-spanning, intertwining fate of the Joestar family and DIO begins!

Florida, U.S.A, 2011 -- After an accident while on a drive with her sweetheart, Jolyne Cujoh falls into a trap and is sentenced to fifteen years at the state-run maximum-security correctional facility Green Dolphin Street Prison - AKA "the Aquarium." On the verge of despair, she receives a pendant from her father that causes a mysterious power to awaken inside of her. "There are things in this world that are more terrifying than death, and what's happening in this prison is definitely one of them." A message from a mysterious boy who appears before Jolyne, inexplicable events that occur one after another, the horrifying truth told to her by her father when he comes to visit, and the name DIO... Will Jolyne ultimately be set free from this stone ocean they call a prison? The final battle to end the century-long, fateful confrontations between the Joestar family and DIO begins!