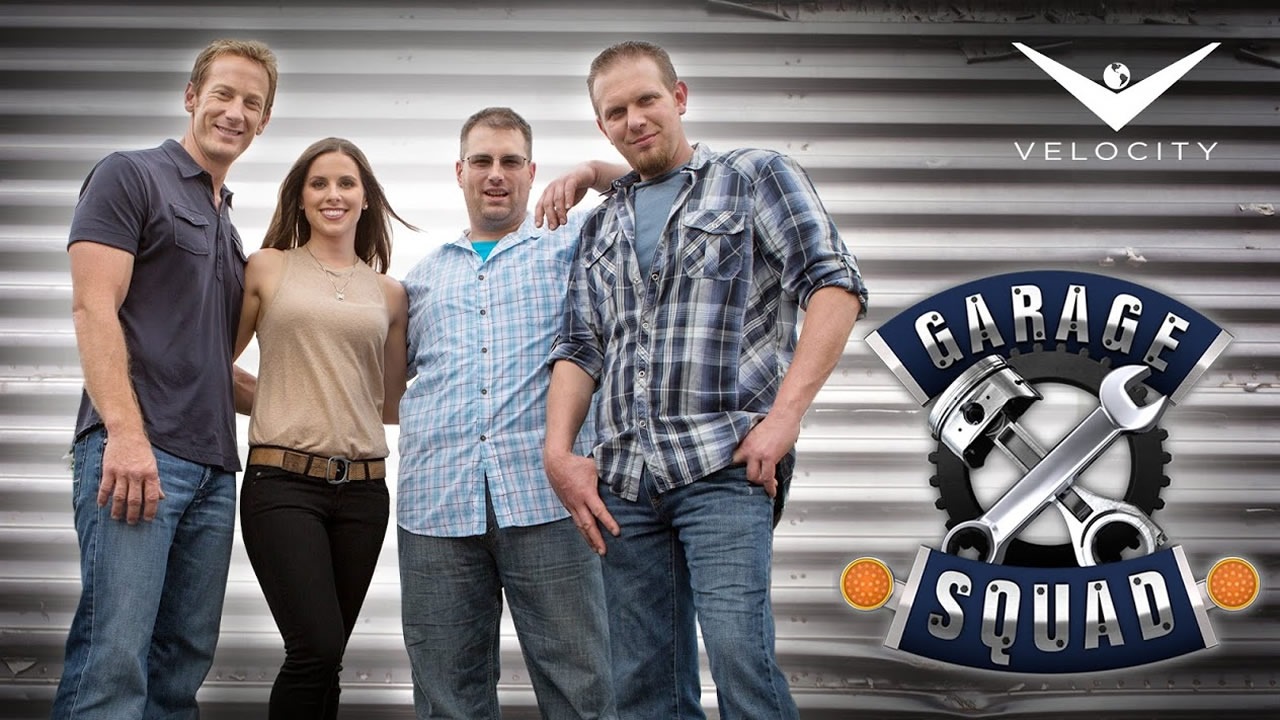 (Los Angeles) - MotorTrend's hit series GARAGE SQUAD is back with a new co-host, new cars, and new transformations! MotorTrend announced the addition of Bogi Lateiner, an ASE master certified technician and host of ALL GIRLS GARAGE, to the GARAGE SQUAD team. Bogi joins as co-host alongside National Hot Rod Association (NHRA) driver Bruno Massel and lead mechanic Joe Zolper who are now in their 8th season as co-hosts of the series. Season eight of GARAGE SQUAD streams Thursday, October 14 on the MotorTrend App and debuts one week later on MotorTrend TV starting Wednesday, October 20 at 10 PM ET/PT.

Bogi has hosted the popular MotorTrend series ALL GIRLS GARAGE since it launched in 2012. As a young woman Bogi pursued automotive repair as a career, becoming an ASE master certified technician and custom car builder. Her passion for empowering women through auto repair led her to found Girl Gang Garage, a unique auto shop whose purpose is to encourage and champion the entry and advancement of women within the automotive and skilled trade industries.

"I'm excited to join GARAGE SQUAD, which is all about changing lives one car at a time," said new GARAGE SQUAD co-host Bogi Lateiner. "I'm looking forward to helping make dreams come true by getting some amazing cars back on the road and providing real tips for viewers to use on their cars at home."

In each episode the GARAGE SQUAD comes to the rescue with a team of highly trained mechanics and experts who take over a car owner's garage with the goal to transform their stalled project into an automotive dream ride. Across America, countless car aficionados have bought a less than perfect version of their dream car hoping their amateur mechanical chops would return that lackluster ride to glory, but are short on knowhow, time, money, and the right tools. Fortunately, the GARAGE SQUAD is always up for doing what it takes to bring joyful tears to even the most hardened car owners.

"A Scooter Gangster and Her Camaro"

Tiffany had this '89 Camaro for 20 years, but blew it up during a burnout competition nine years ago. Knowing how much she loves this car, her all-female "scooter gang" joins the GARAGE SQUAD to get Tiffany and her car back on the road.

"Two Brothers and a Unicorn Ramcharger"

As a way to repay his brother for his selfless generosity, a younger brother calls in the GARAGE SQUAD to help get an '84 ramcharger squared away both inside and under the hood.

As a surprise to his parents for their 30th wedding anniversary, their son bought them a '71 Plymouth Roadrunner. The bigger surprise was that it didn't run and sat in the garage for 10 years. That is, until the GARAGE SQUAD came to the rescue.

Having met and married his wife, the owner of an '82 Mazda RX-7 "date magnet" put it in the garage where it sat for 28 years. The GARAGE SQUAD puts the pep back into the step of this 80's classic.

A friendly street drag race went horribly wrong for the owner of an '87 Buick Regal turbo. The GARAGE SQUAD pulls out all the stops to get this beauty back into competition shape.

The GARAGE SQUAD has never missed a reveal day, but this twin-turbo charged '72 Nova was one surprise problem after the next, going down to the wire on this one.

So many great cars sit idle in garages across America either half done or scattered in parts. Stalled out dream projects nullified by owners who want their cars road ready but who are short on knowhow, time, money and/or the right tools. Luckily for some the GARAGE SQUAD - world champion National Hot Rod Association driver Bruno Massel, expert mechanic Joe Zolper, co-host Heather Storm and the team - have all the right expertise and resources.

In each episode the GARAGE SQUAD comes to the rescue with a team of highly trained mechanics and experts who take over the car owner's garage with only one goal in mind - getting his or her stalled project in gear and ready to drive.