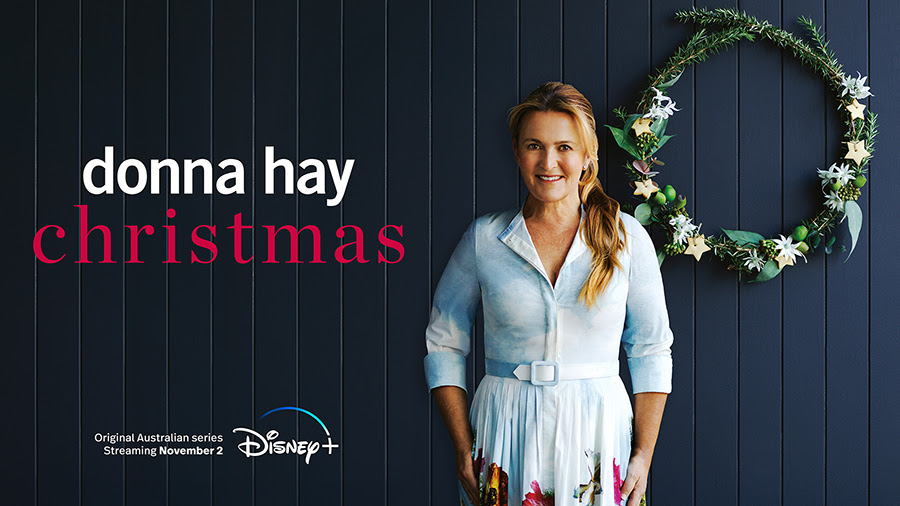 The Walt Disney Company in Australia and New Zealand has today announced that the Australian Disney+ Original series "Donna Hay Christmas" will premiere globally on platform on 2 November 2022.

In the four-part series premiering exclusively on Disney+, renowned food stylist and cookbook author Donna Hay will guide viewers on how to perfect the elements required for a magical celebration.

In "Donna Hay Christmas", Donna shares her favourite tips and tricks for the ultimate festive celebration which will provide even the most-seasoned pro with the confidence to create their very own kind of Christmas magic.

From the ultimate glazed ham to a spectacular centrepiece pavlova, Donna shows us how to master her best time-saving tips and styling ideas to maximise your time spent with family and friends. Delicious gifts, a twist on nostalgic classics and contenders for your new festive favourites all come together to create a Christmas celebration like you've never seen before.

With long-time collaborator Benjamin Jones directing, the series showcases how Donna spends her Christmas amongst the stunning backdrop of Sydney's Northern Beaches. "Donna Hay Christmas'' is produced by Donna Hay Productions for Disney+.

Host and producer Donna Hay said: "Christmas at my house usually consists of my three favourite things - family, laughter and super-delicious food. It's these things we all treasure, and it's what I've learnt to focus on when preparing and planning for the big day".

"This year, through my new series "Donna Hay Christmas" premiering on Disney+, I'll be bringing you into my world for a Christmas special like no other. I'll share all of my best tips and tricks, creating show stopping recipes and beautiful food styling ideas that will make for the most delicious, stress-free Christmas yet. Edible gifts are made with love and the planet in mind, and I'll up the deliciousness and reduce the fuss on all your Christmas favourites, including show-stopping desserts that will put the 'wow' in your Christmas celebrations," she added.

The four-part series premieres on 2 November only on Disney+