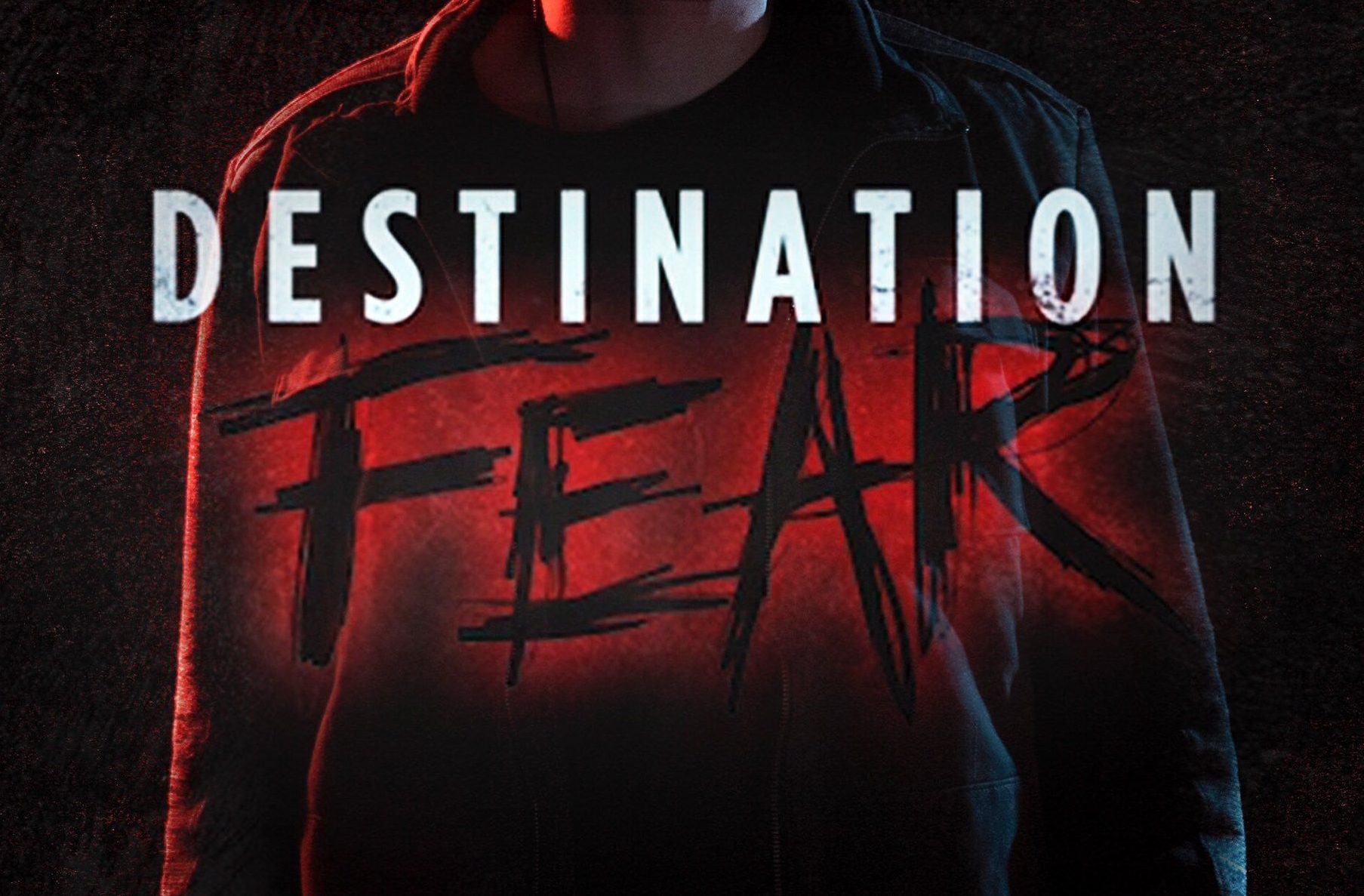 NEW YORK (October 26, 2022) - Paranormal explorers Dakota Laden, Chelsea Laden, Tanner Wiseman and Alex Schroeder level up their fear experiment in their darkest, most terrifying road trip yet. In an all-new season of DESTINATION FEAR, premiering Friday, November 25 at 9 p.m. ET/PT on Travel Channel and streaming the same day on discovery+, the fear-chasing foursome embrace the darkness more than ever before - physically, emotionally and psychologically - as they push the boundaries of fear and daringly spend the night inside America's most sinister and haunted locations.

After experiencing hauntings in Europe last season, the likes of which they've never seen at home, Dakota is now taking things to an even darker level - literally. Not only is he challenging the team with darker hauntings and locations, but he shocks them with the most disturbing experiment yet: removing flashlights from their armor and forcing them to blindly face the shadows of the night in true darkness. It's the first of many twisted and unnerving new experiments that will test their paranormal theories from the most uncomfortable of situations. This season's eight hour-long episodes and latest tour de terror take Dakota, Chelsea, Alex and Tanner to the infamous Winchester Mystery House, the "swear they'd never return" Ashmore Estate, a mysteriously deserted Tennessee hospital, a haunted abandoned junior high school, the sprawling Cresson Sanatorium and Prison and more.

The season opens with a one-two punch: the massive Cresson Sanatorium in rural Cresson, Pennsylvania, the largest location the team has ever explored. A trifecta of terror, the decaying 20-building property was once a sanatorium, mental hospital and prison, marked by death in every corner. In a place this large, Dakota, Chelsea, Tanner and Alex will each have to explore their own building ... alone and, in their most terrifying experiment, without flashlights. But when they encounter an entity that's known to mimic the voices and sounds of people exploring the building, the crew is left shaken beyond belief.

Coming Up This Season:

The team faces a trifecta of terror at a decaying sanatorium in rural Pennsylvania. If a ghostly mimic and child spirits aren't enough to shake up the crew, Dakota Laden has a dark and twisted experiment up his sleeve to amp up the fear at this foreboding facility.

Dakota Laden's diabolical dive into darkness continues when he blindsides the team with a double dose of terror at an abandoned Pennsylvania sanatorium. Can they handle a night in the cell block where one of America's most horrific serial killers was housed?

The team learns the true meaning of "school spirit" at a vacant junior high school in Ohio. From jangling keys luring them to a killer custodian's lair to a mind-boggling encounter in the gym, Dakota Laden and crew are the victims of a non-stop haunted hazing.

Tanner Wiseman may have found the G.O.A.T. of all haunted locations when he picks out a deserted Tennessee hospital for the next stop. Rumors of bizarre hauntings swirl around this eerie, unexplored facility, but nobody can explain why. Can the team unlock its disturbing secrets?

Chelsea Laden pulls the team out of the darkness and into the California sunshine ... but only for a minute as she plunges them into the haunted madness of a legendary mansion. The crew takes a shot in the dark to see what energy is at play behind its walls.

Alex Schroeder has a big surprise in store for Dakota Laden, Chelsea Laden and Tanner Wiseman when he takes them back to a decrepit Illinois poorhouse so scary that they swore never to return. But will tragic new information about this location force the team to re-evaluate the haunting?

The team falls deeper into the darkness at a deteriorating juvenile detention center near a quiet New York village. Dakota Laden is eager to establish a close bond with the youthful spirits, but quickly discovers to be careful what you wish for in this nightmarish facility.

Dakota Laden saves the darkest, bleakest location for the last stop of one twisted road trip. This infamous psychiatric hospital in rural Connecticut is so diseased with dark history and demonic energy that it may be the final nail in the coffin for the "Destination Fear" team.

DESTINATION FEAR is produced by MY Entertainment for Travel Channel and discovery+.

Buckle up for more fright-fueled episodes of "Destination Fear" - a haunted road trip turned terrifying sleepover. Brother and sister duo, Dakota Laden and Chelsea Laden, and best friend Tanner Wiseman, along with camera operator Alex Schroeder, confront their fears, as they pile into their RV and hit the road on a nail-biting cross-country journey to pursue paranormal evidence, spending the night inside America's most haunted abandoned buildings. Lured by the unknown and with a greater understanding of fear, the crew explores a whole new set of abandoned locations with grim histories - this time the destinations remain a surprise, not just to Chelsea and Tanner, but to Dakota as well. In the premiere episode, Dakota leads Chelsea, Tanner and Alex to Saratoga County Homestead Hospital, a decaying sanitarium in upstate New York, where some patient corpses were unclaimed due to a flu pandemic. Screams and darting shadows play mind games with the team as they struggle to pin the activity on the living or the dead. (Seven one-hour episodes)