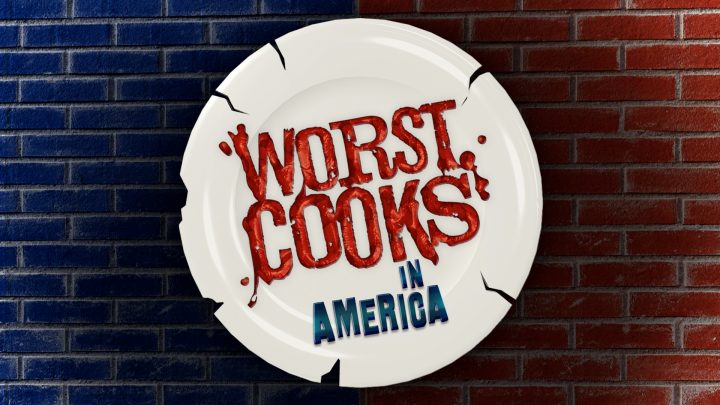 NEW YORK - November 22, 2022 - The competitors are influencers online but clueless in the kitchen in Worst Cooks in America: Viral Sensations, premiering with a supersized 90-minute episode on Sunday, January 1st at 8pm ET/PT on Food Network and discovery+. Anne Burrell is joined for the first time by Darnell Ferguson to lead culinary boot camp, where they take on the kitchen chaos, food fumbles and culinary confusion of these trending competitors IRL. From a paleontologist TikToker and pop culture trendsetters to the Louisiana woman who went viral after using Gorilla Glue in her hair, the cast is filled with larger-than-life personalities who are determined to win "likes" for their improving cooking skills. With the red team led by Anne and blue by Darnell, this season's competition is more buzz-worthy than ever, including challenges inspired by viral trends like Poke-Bowl-Go, Cake or Fake and Ice-Bucket trivia. In the end, only the most improved recruit left standing is awarded a $25,000 grand prize and bragging rights for their mentor.

"Worst Cooks is always a fun way to kick off the New Year - and taking these social media stars offline and into the kitchen is hilarious to watch," said Jane Latman, President, Home & Food Content and Streaming, Warner Bros. Discovery. "Darnell is the perfect new mentor to join Anne in boot camp - this season delivers laughs, drama and even culinary inspiration."

In the supersized season premiere, Anne and Darnell welcome the twelve social media-savvy, but culinary challenged recruits to boot camp. Before picking teams, Anne and Darnell kick off the competition by having the recruits make their baseline signature dish to show off their skiils, or lack therof, in the kitchen. Then in the main dish challenge, the recruits learn a unique way to cook chicken - under a brick! After assessing everyone's skills, teams are chosen and the competition heats up leading into weekly eliminations. In upcoming episodes, boot camp is transformed into ancient Greece for souvlaki and grilled octopus challenges; culinary, physical and mental skills are put to the test in a Survivor-inspired contest and fan-favorite recruits Marti Cummings and Peachez Iman-Cummings return. In the finale on Sunday, February 5th at 8pm ET/PT, the two most improved recruits put their culinary skills to the test and serve a three-course restaurant quality meal to a panel of food experts. After a blind taste test, judges Karen Akunowicz, Kalen Allen and Leah Cohen decide who wins $25,000 and bragging rights for their team leader.