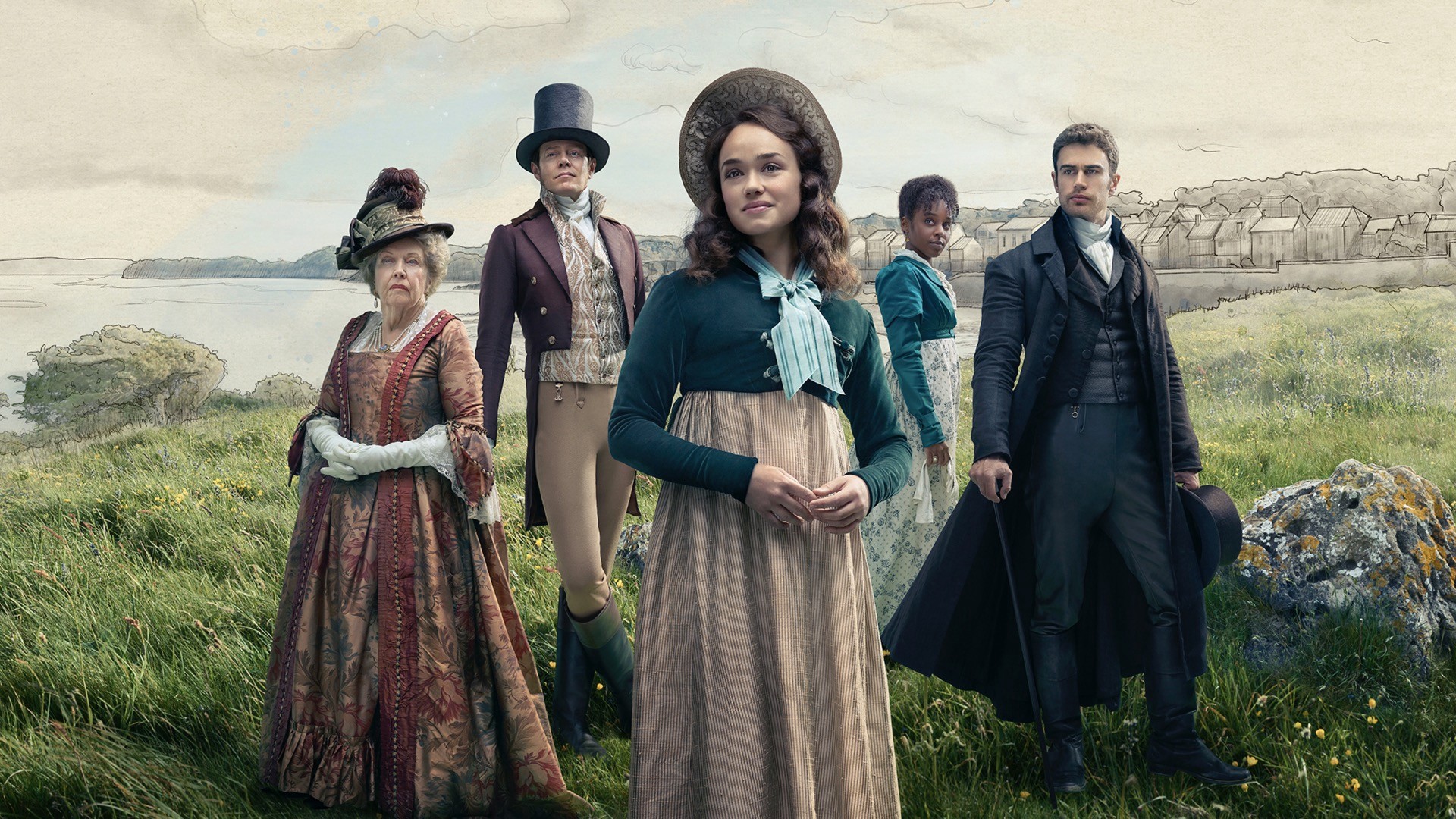 
Has Sanditon Season 2 been cancelled or renewed? When does Sanditon return in 2021/2022? Sanditon? We have the very latest Sanditon cancel/renewal status and Sanditon premiere date:

Sanditon, the acclaimed drama based on Jane Austen’s final, unfinished novel and developed by Emmy®- and BAFTA-winning writer Andrew Davies, left fans in suspense and clamouring for more with the first season’s heart-breaking finale. The new series picks up the action nine months later, as the town grows in popularity, and features characters familiar and new.

The images include Charlotte (Rose Williams) taking up the role of governess to Augusta Wilson (Eloise Webb), Alexander Colbourne’s ward and niece, who at the age of 17 pushes against authority and soon gives Charlotte a run for her money. Charlotte’s spirited younger sister, Alison Heywood (Rosie Graham) comes to Sanditon to pursue her own romantic dream, and joined by The Parkers, the second series promises new romances, friendships and challenges for the residents as the Army make Sanditon their new base.

The Parkers are back, as Tom Parker (Kris Marshall) strives to rebuild Sanditon. But there are many unforeseen issues awaiting him, while the secrets and lies of the dysfunctional Denhams continue to rock the foundations of the sunny seaside town. And, in her last summer season before turning 21, Georgiana Lambe (Crystal Clarke), keen to forge her own identity, gets up to mischief in the name of love…but will she run the risk of being lonelier than ever before?

BritBox UK has boarded the show as a co-producer and will premiere the series as a BritBox Original in the UK. The two new seasons of Sanditon have been acquired by ITV, which originally launched the first series in 2019, and will air on the channel following the premiere window on BritBox UK. Justin

Young (Death in Paradise, Ripper Street), who wrote four episodes of the first season of Sanditon, has developed the new series and takes the role of lead writer and executive producer. Davies, who originally created the drama, also returns to write and executive produce. Colin Bytheway, Janice Okoh, Ellen Taylor and Robin French also write for the series.

BBC Studios are the international distributors of all three series; and have sold series one of Sanditon to176 countries across the globe since its 2019 UK premiere on ITV. PBS Distribution is the distributor of all three seasons in the US and Canada. The series producer is Rebecca Hedderly (Casualty), the producers are Ian Hogan (Black Mirror) and Amy Rodriguez (Harlots) and lead director is Charles Sturridge (Marcella), with Ethosheia Hylton (Ackley Bridge) directing episodes 4,5 and 6. Executive producers are Belinda Campbell and Tim Key for Red Planet Pictures, Susanne Simpson for MASTERPIECE and Chloe Tucker for ITV/BritBox UK.

Sanditon Renewed for Seasons 2 and 3

Boston, MA & London, UK; May 6, 2021 - MASTERPIECE on PBS today announced, with Red Planet Pictures, the renewal of the acclaimed and hugely popular drama, Sanditon, for a second and third season. Streaming service, BritBox UK, will be the UK partner.

Voted one of the top 15 shows of 2020 in the U.S. by Vogue and premiering to wide critical acclaim on both sides of the Atlantic, Sanditon, the fan favorite drama based on Jane Austen's final, unfinished novel and developed by Emmy(R) and BAFTA-Award winning writer Andrew Davies, has been renewed with the double order following its successful run in the U.S. on MASTERPIECE. BritBox UK has boarded the show as a co-producer and will premiere the series as a BritBox Original in the UK. The new seasons of Sanditon have been acquired by ITV, which originally launched the first series in 2019, and will air on the channel following the premiere window on BritBox UK.

After fans were left hanging in suspense by the first season's finale and clamoring for more, the drama will continue to follow the high-spirited and independent heroine, Charlotte Heywood (Rose Williams, Curfew) as she returns to the picturesque coastal resort of Sanditon. Charlotte's journey is one thread of an intricate tapestry of compelling stories full of intrigue, excitement, and romance. Against the backdrop of beautiful vistas, familiar faces return and new inhabitants are introduced - all of whom will be having adventures as joyous and surprising as the seaside town itself.

Justin Young (Death in Paradise, Ripper Street), who wrote four episodes of the first season of Sanditon, will develop the new seasons and take the role of lead writer and executive producer. Davies, who originally created the series, will also return to write several episodes and executive produce.

Belinda Campbell, Joint MD of Red Planet Pictures commented: "We're thrilled to be able to invite viewers back to Sanditon for not just one but two further visits! Justin Young and Andrew Davies' sensational scripts are relevant, timely and captivating and we can't wait to share all the exciting new developments we have in store for our much loved characters. Now, more than ever, I think we could all do with some joy on our TV screens as well as a healthy dose of fresh sea air."

"We are absolutely delighted to announce a second and third season of Sanditon, a show that has inspired such a passionate and devoted fan base," says MASTERPIECE executive producer Susanne Simpson. "Audiences can expect romance, humor and plenty of twists and turns in these new seasons of Sanditon." MASTERPIECE is a GBH production.

Will Harrison, BritBox UK MD commented: "We couldn't be happier to be involved in bringing the wonderful Sanditon back to screens across the UK, and want to thank the fans for keeping these characters alive while plans came together."

ITV's Head of Drama, Polly Hill commented: "I'm so glad that the success of Sanditon in the U.S. has paved the way for its return, and for ITV to continue on this wonderful journey. We know there are many loyal fans of the show in the UK that will be delighted to see its return and that we were able to find a way to bring it back."

PBS Distribution is the distributor of all three seasons in the U.S. and Canada. BBC Studios are the international distributors of all three series and since its premiere in the UK on ITV in 2019, Sanditon has sold in 176 countries across the globe. The series producer is Rebecca Hedderly (Casualty), the producer is Ian Hogan (Black Mirror) and lead director is Charles Sturridge (Marcella). Executive producers are Belinda Campbell for Red Planet Pictures and Susanne Simpson for MASTERPIECE.

Casting will be announced in the future, with filming expected to begin later this year in and around Bristol (UK).

Jane Austen was chronically ill with a mysterious disease in early 1817, when she turned her thoughts to a happier subject. She started work on a witty and delightful novel set in a seaside town. She never finished it. Now, noted screenwriter Andrew Davies (Pride and Prejudice, Les Misérables, Primetime Emmy® winner for Little Dorrit) picks up Austen’s plot and takes it in a glorious and satisfying direction, on Sanditon.