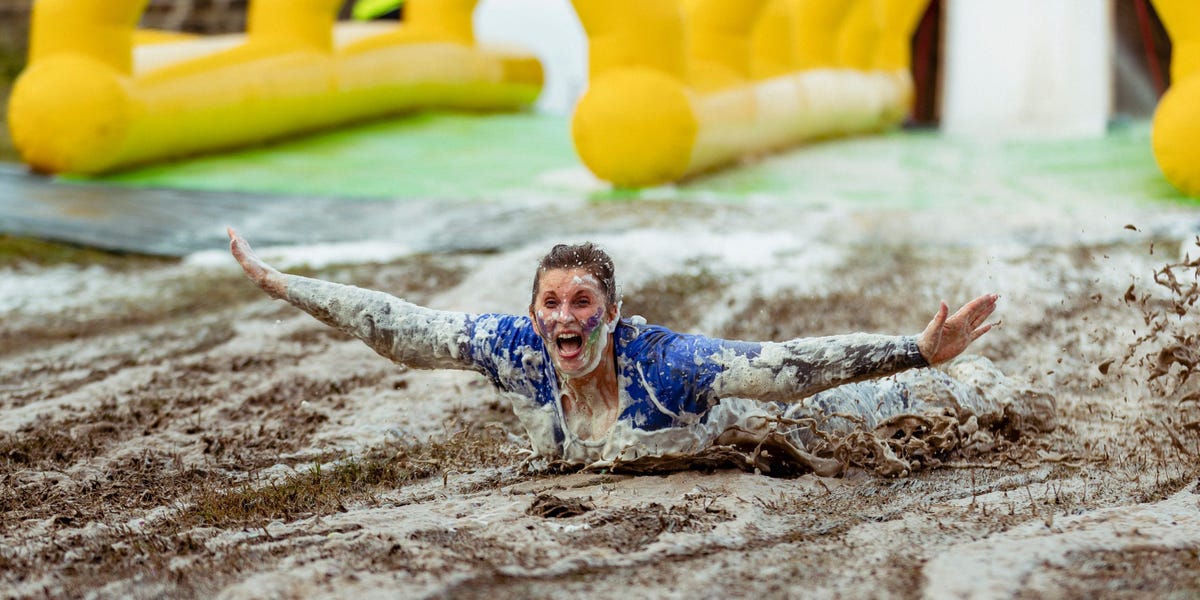 The show was to premiere over two nights: Sunday, August 8 at 10:30 pm ET / 7:30 pm PT, immediately following the Closing Ceremony of the Tokyo Olympics, and Monday, August 9 at 8 pm ET/PT. Production remains on hold, and there are no plans for a new premiere date at this point, a source with knowledge of the situation said.

A fresh take on Wham-O's iconic 1960s outdoor game, this wet-and-wild new series takes the spirit of the classic backyard slide and transforms it into a real-life water park full of gigantic slippery rides with the chance to take home a big cash prize. "Ultimate Slip 'N Slide" is produced by Universal Television Alternative Studio, a division of Universal Studio Group, in association with Propagate and Critical Content.

"NBC is proud to be the home of some of the biggest and most outrageous physical competition shows and we're thrilled to add this larger-than-life version of the classic backyard game to our summer lineup," said Jenny Groom, Executive Vice President, Unscripted Content, NBCUniversal Television and Streaming. "What better way to celebrate all the gold medals from the Olympic Summer Games than to give everyday people the opportunity to soar down an extraordinary 65-foot-tall slippery yellow slide."

Featuring pairs of siblings, best friends, couples and co-workers, teams from all walks of life will compete in multiple hilarious rounds of games, including Human Pong, Body Bowling, Cornhole, Bocce Fall and many more. The two teams that make it to the final challenge will take on the Big Slipper, a colossal multi-part slide meant for only the bravest and boldest players as it determines who will earn the title of Slip 'N Slide champion and take home the cash prize.

Bobby Moynihan is in the cast of NBC's "Mr. Mayor" as Jayden Kwapis, the loveably unhip interim Director of Communications whose bumbling personality hides his street smarts and political instincts, co-starring opposite Ted Danson and Holly Hunter.

Moynihan was a cast member on "Saturday Night Live" for nine seasons where he originated beloved characters such as Drunk Uncle and co-wrote the popular David S. Pumpkins sketch starring Tom Hanks, which spawned a Halloween animated special which runs every year on NBC.

Moynihan's other television credits include "Unbreakable Kimmy Schmidt," "Documentary Now!," "Drunk History," "The Simpsons," "Girls," "Portlandia," and "Me, Myself & I." His voiceover credits range from Panda on the Cartoon Network animated series "We Bare Bears," to Louie on "DuckTales," and Orka on "Stars Wars Resistance," both for DisneyXD, as well as on film in Pixar's "Inside Out" and "Monsters University" and others.

Ron Funches is a stand-up comedian, actor and writer known for TV roles on "The Goldbergs," "Black-ish," "New Girl," "Transparent," "Curb Your Enthusiasm," "Powerless," "Undateable" or from films such as "Get Hard" alongside Will Farrell, "Jexi," "Noelle" and "6 Underground."

He has also leant his voice to many projects such as Dreamwork's "Trolls," Disney's "Ivan the Great," "Bob's Burgers," "Adventure Time," "Final Space," and so many more. Personal appearances include "Conan," "The Tonight Show," "Match Game," "To Tell the Truth," "Chopped," "Cupcake Wars" and "Nailed It."

His writing credits include "The Eric Andre Show," "Kroll Show" and several television pilots. Funches is currently co-hosting "Top Secret Videos" on TruTV and "Chopped 420" on Discovery Plus. He lives in Southern California with his wife and son.

From Universal Television Alternative Studio, a division of Universal Studio Group, in association with Propagate and Critical Content, this 10-episode series will be jam-packed with thrills, spills and endless fun for all ages.