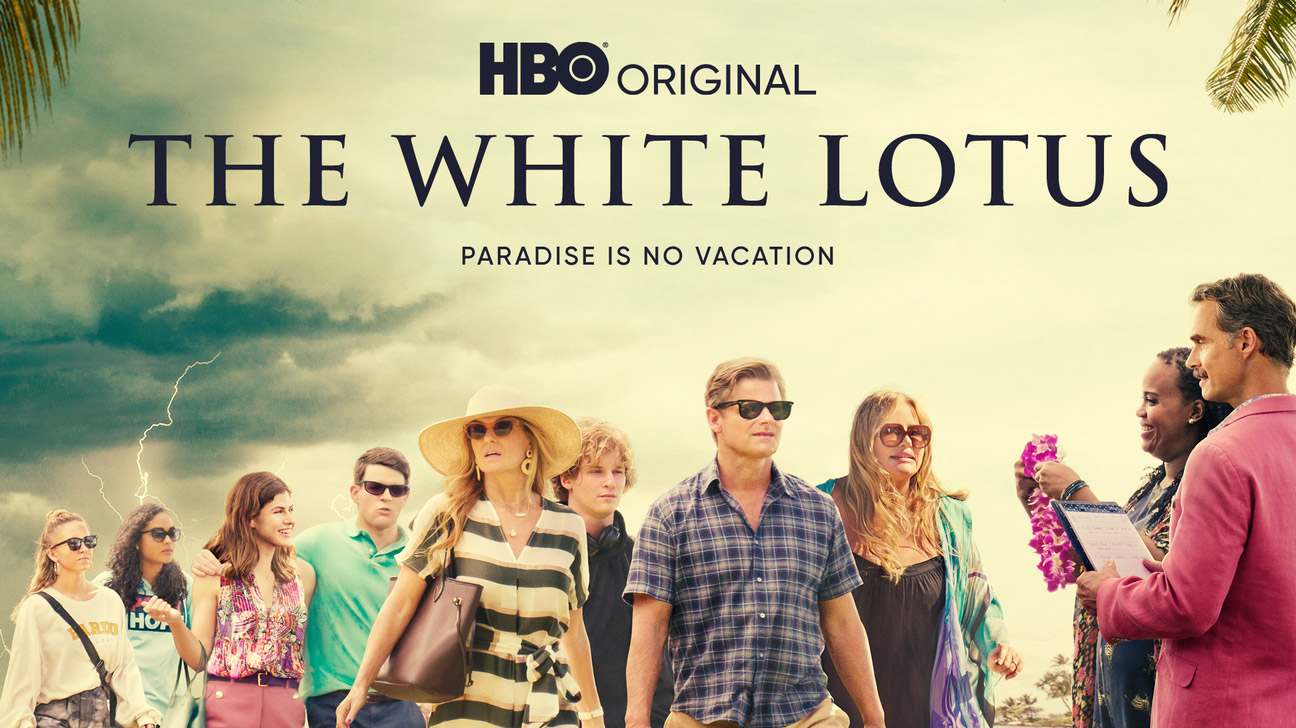 · HBO's Emmy(R)-winning series, THE WHITE LOTUS, from Mike White, returns for a second installment of seven episodes debuting on SUNDAY, OCTOBER 30 (9:00-10:00pm ET/PT) on HBO and will be available to stream on HBO Max.

· The first installment, set in Hawaii, received 20 Emmy(R) nominations across 13 categories and 10 wins, the most wins of any program this year, including Outstanding Limited or Anthology Series.

· Season 2 Logline: The social satire is set at an exclusive Sicilian resort and follows the exploits of various guests and employees over the span of a week.

Meghann Fahy as DAPHNE BABCOCK - A stay-at-home mom visiting Italy with her husband, Cameron (Theo James), and another couple, Ethan (Will Sharpe) and Harper (Aubrey Plaza).

Jon Gries as GREG - Tanya's (Jennifer Coolidge) husband, who is less than pleased to find her assistant invited on their romantic getaway.

Beatrice Grannò as MIA - A Sicilian local, Mia is a talented singer in search of her big break.

Tom Hollander as QUENTIN - an English expat, vacationing with his friends and his nephew, Jack (Leo Woodall).

Sabrina Impacciatore as VALENTINA - The passionate, dedicated manager in charge of the White Lotus resort in Taormina, who expects perfection from her staff.

Will Sharpe as ETHAN SPILLER - After recently striking professional success, Ethan and his wife, Harper (Aubrey Plaza), are invited to vacation in Italy with his college roommate, Cameron (Theo James), and Cameron's wife, Daphne (Meghann Fahy).

Simona Tabasco as LUCIA- a Sicilian local who frequents the White Lotus resort in search of work and opportunity amongst the wealthy clientele.

Leo Woodall as JACK - a magnetic guest staying at The White Lotus with his uncle, Quentin (Tom Hollander).

Next Chapter Will Feature New Characters And Locale

· With the finale episode debuting this Sunday, THE WHITE LOTUS is a social satire set at an exclusive Hawaiian resort and follows the vacations of various hotel guests over the span of a week as they relax and rejuvenate in paradise. But with each passing day, a darker complexity emerges in these picture-perfect travelers, the hotel's cheerful employees and the idyllic locale itself. Episodes are available to stream on HBO Max.

· The next chapter of THE WHITE LOTUS leaves Hawaii behind and follows a different group of vacationers as they jet to another White Lotus property and settle in temporarily amongst its inhabitants.

· Currently ranking #1 among all series on HBO Max, THE WHITE LOTUS has achieved consistent week over week growth for both premiere and digital audience, leading into the finale episode.

· A hit with fans and critics alike, The New Yorker claimed, "Mike White's tragicomedy is one of the best shows of the year," while Time called it "the must-see show of the summer" and IndieWire praised it as "nothing short of a marvel."

· Francesca Orsi, Executive Vice President, HBO Programming quote: "Mike has once again delivered a quintessential HBO show, and it's the talk of the town. We were thrilled to hear where he wanted to go next, after closing this epic chapter in Hawaii, and can't wait to keep following him wherever he takes us."

From Mike White (HBO's "Enlightened"), HBO's six-episode limited series THE WHITE LOTUS, a social satire set at an exclusive Hawaiian resort, debuts SUNDAY JULY 11 (9:00-10:00 p.m. ET/PT). The series will air on HBO and be available to stream on HBO Max.

Among the employees at The White Lotus are the fastidious resort manager Armond (Murray Bartlett), who, after a sudden trauma, begins a dramatic downward spiral - and the down-to-earth spa manager, Belinda (Natasha Rothwell) who gets taken on an emotional roller coaster ride by a needy guest. The vacationers include the Mossbacher family - Nicole (Connie Britton), a successful type-A exec, who can't help but treat her family like disobedient employees; her husband, Mark (Steve Zahn), dealing with both an embarrassing health crisis and a terminal inferiority complex; their teenaged son, Quinn (Fred Hechinger), a socially awkward gamer, experiencing the wonder of nature for the very first time; their daughter, Olivia (Sydney Sweeney), and her friend, Paula (Brittany O'Grady), sharp-tongued college sophomores who cast a sardonic eye on the lifestyles and belief systems of everyone around them. The handsome, entitled Shane Patton (Jake Lacy) is here with his beautiful bride, Rachel (Alexandra Daddario). Shane and Rachel are in the throes of young love, but as they get to know each other better in this new, intimate environment, clouds of doubt appear - and by the time Shane's intrusive mother, Kitty (Molly Shannon) surprises them with an unwelcome visit, their fairytale honeymoon has begun to unravel. And finally, there is Tanya McQuoid (Jennifer Coolidge), a wealthy, unstable woman, recovering from the death of her mother, traveling alone to the hotel, looking for love and in desperate need of a massage.