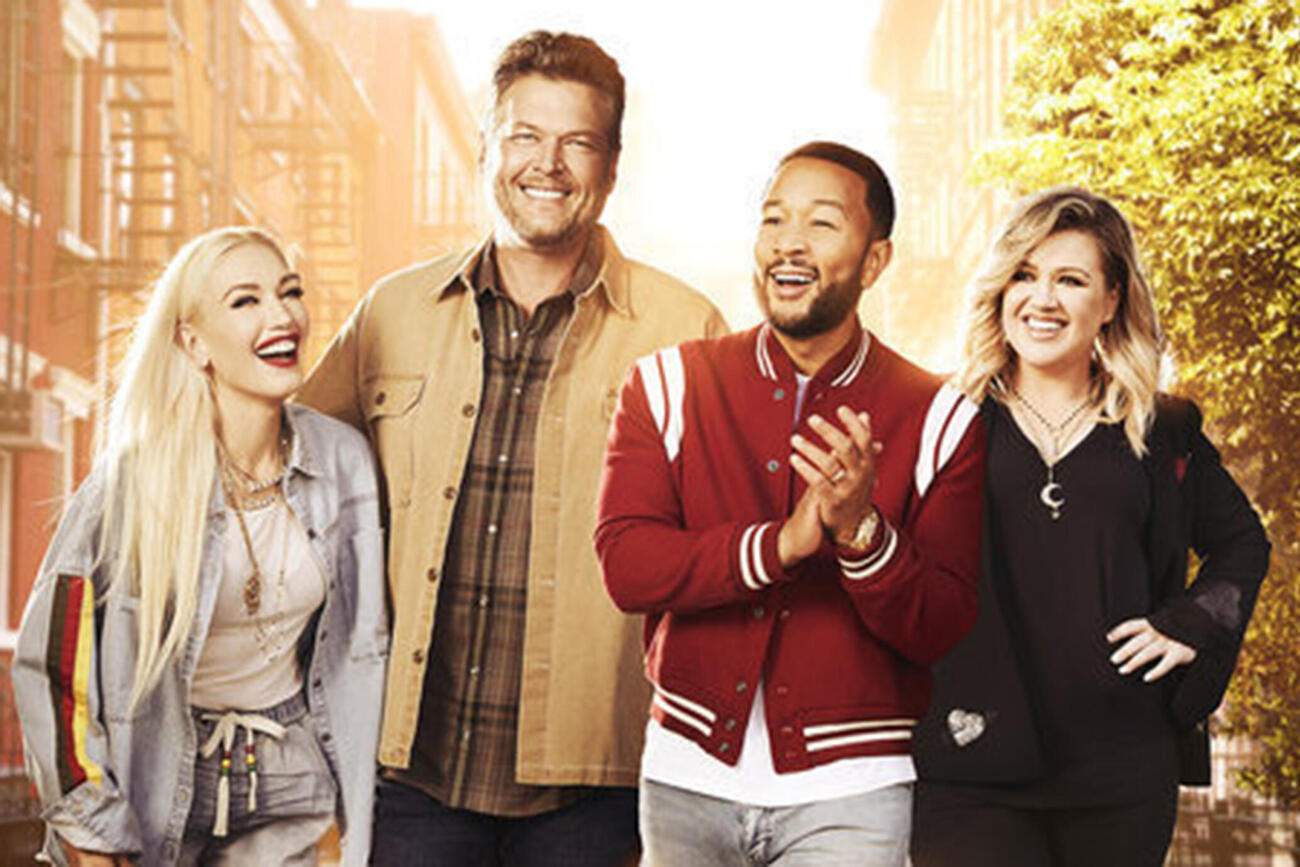 
Has The Voice Season 23 been cancelled or renewed? When does The Voice return in 2023/24? The Voice? We have the very latest The Voice cancel/renewal status and The Voice premiere date:

The Voice SEASON 23 Renewed On NBC

Shelton Announces Spring 2023 Will Be His Farewell Season

Grammy Award-winning artist, songwriter and record producer Chance the Rapper will bring a fresh perspective to "The Voice" as a champion of ownership and creating opportunities for others in the music industry. Chance is lauded by his peers and critics alike for his unique rise to success. Not signed to a major label and instead distributing his music freely via streaming services, his sense of community and social activism are the cornerstone of his artistry.

Chance has been breaking records in the music industry since the start of his career. His third mixtape, "Coloring Book," was streamed over 57 million times, debuting at #8 on the Billboard 200 and becoming the first release to chart solely on streams. Upon winning Best Rap Album, it became the first streaming-only album to win a Grammy. Chance is gearing up to release his next project, "Star Line Gallery." He has spent 2022 collaborating with artists from the continent and the diaspora. His new works include "Child of God," "A Bar About a Bar" and "The Highs & the Lows," which celebrate Black artists and intertwine the worlds of art, music and cinematography - changing the game through forward-thinking ideas that are compelling conversations and meditations on Black life.

"I'm thrilled to join 'The Voice' as a coach for the next season," he said. "I'm excited to help other artists get to the next level and make the most of this life-changing experience. Get ready for #teamchance."

Joining Chance as a new member of "The Voice" family is singer, songwriter and multi-instrumentalist Niall Horan. Horan brings a plethora of experience and a massive fan following to "The Voice" swiftly taking the world by storm. A former member of One Direction, known as one of the bestselling boy bands of all time, he has toured the world and played to millions of fans in sold-out stadiums worldwide, including Wembley Arena. Horan is a storyteller at heart. His two solo albums "Heartbreak Weather" and 2017's "Flicker, "released on Capitol Records, were critically acclaimed. The latter debuted at No. 1 on the Billboard 200 in the US and produced the hit singles "This Town" and "Slow Hands." Horan's emotive voice is rich and insightful as he effortlessly captures his real-life experiences and range of emotions. The result is a whirlwind of modern pop and nostalgic grooves. Fans are eagerly awaiting his next solo project.

"I'm excited to be joining this season of 'The Voice' as a coach," Horan said "I'm looking forward to meeting and mentoring the new crop of talent while we battle it out with the other teams!"

Grammy-winning artist and Emmy Award-winning talk show host Kelly Clarkson is one of the most popular artists of this era, with total worldwide sales of more than 25 million albums and 40 million singles. She returns as a coach on the heels of her season 21 win with sibling trio, Girl Named Tom.

"I am so excited to be back with my Voice family!," Clarkson said. "Let's do this, Team Kelly!"

After 23 remarkable seasons, Blake Shelton will bid farewell to his red chair following the spring season. A mainstay since the show's inception, he has eight wins under his belt, and coached 15 artists whose songs have hit #1 on the iTunes Top Songs chart.

"I've been wrestling with this for a while and I've decided that it's time for me to step away from 'The Voice' after season 23," Shelton said. "This show has changed my life in every way for the better and it will always feel like home to me. It's been a hell of a ride over these 12 years of chair turns and I want to thank everyone at 'The Voice' from NBC, every producer, the writers, musicians, crew and catering people, you are the best. It takes a lot of work, passion, and adult beverages (Ha!) to pull off a live show twice a week. I've made lifelong bonds with Carson and every single one my fellow coaches over the years, including my wife, Gwen Stefani! I have to give a huge shoutout to the singers - the 'Voices' who come on this stage season after season and amaze us with their talent and a special thanks to those who chose me to be their coach. Lastly, it's about y'all, the fans, who watch and support these artists, us coaches and everyone at 'The Voice' chasing their dreams. It wouldn't happen without you!"

The previous season of "The Voice" was the #1 unscripted show for the third year in a row - once again topping all broadcast competition in total viewers.

"The Voice" is a presentation of MGM Television, Warner Bros. Unscripted Television in association with Warner Horizon, and ITV Studios The Voice USA, Inc. The series was created by John de Mol, who serves as an executive producer along with Mark Burnett, Audrey Morrissey, Amanda Zucker, Kyra Thompson and Adam H. Sher.

Give a warm welcome to your Voice Coaches. 💗 #TheVoice returns this fall with @blakeshelton, @johnlegend, @gwenstefani and @Camila_Cabello. pic.twitter.com/w06rCalAF9