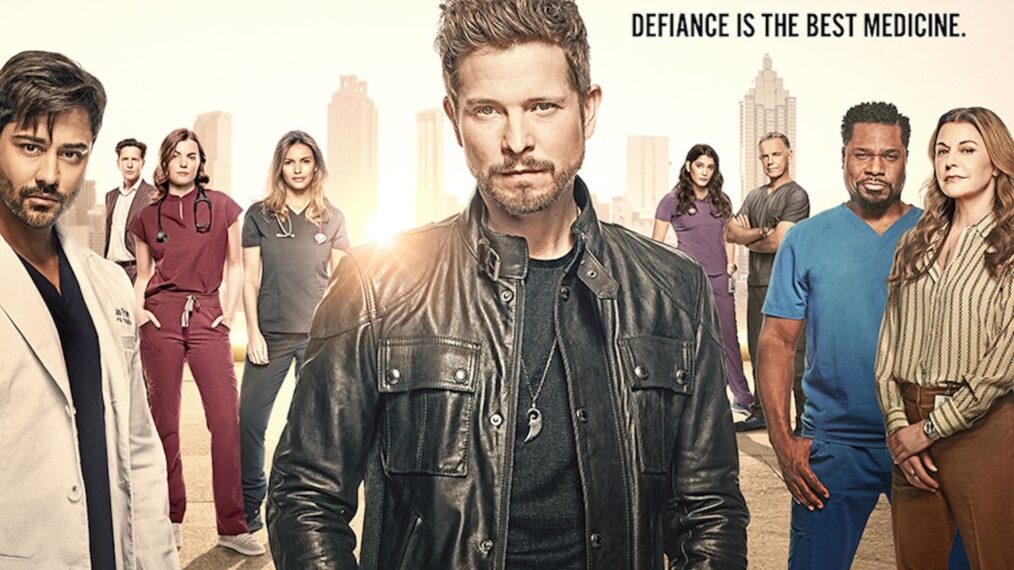 Season Four of THE RESIDENT, premiering Tuesday, Jan. 12 (8:00-9:00 PM ET/PT), continues to shine a light on the daily heroism of today's health care workers. The provocative medical drama follows the doctors and nurses at Chastain Memorial Hospital, as they face personal and professional challenges and fight for their patients' health. The new season picks up as DR. CONRAD HAWKINS (Matt Czuchry) and NURSE PRACTIONER NICOLETTE NEVIN (Emily VanCamp) tie the knot in an intimate and beautiful wedding, strengthening their already powerful bond. Meanwhile, Chastain is transitioning from private to public hospital, causing the hero doctors to fight to fix the broken machine from the inside. DR. RANDOLPH BELL (Bruce Greenwood) finds himself mining his own past to find his estranged former stepson, elite plastic surgeon DR. JAKE WONG (guest star Conrad Ricamora). Bell attempts to bring Dr. Wong to Chastain to increase the number of world-class surgeries at the hospital and to repair their complicated past. Additionally, as star surgical resident DR. MINA OKAFOR (Shaunette Renée Wilson) and her brilliant mentor, DR. AJ AUSTIN (Emmy Award nominee Malcolm-Jamal Warner), grow closer than ever, they must learn to maintain a professional relationship within the walls of the hospital. The series also stars Manish Dayal, Jane Leeves and Morris Chestnut. THE RESIDENT is produced by 20th Television. Todd Harthan, Andrew Chapman, Peter Elkoff, Amy Holden Jones, Rob Corn, Antoine Fuqua and Oly Obst are executive producers.

"THE RESIDENT and LAST MAN STANDING are such important parts of FOX, and we're so pleased they will be returning next season," said Thorn. "We want to thank all of the writers, actors, directors, producers and talented crews for both of these shows, and, of course, our friends and producing partners at 20th Century Fox Television."

THE RESIDENT continues to rip back the curtain and reveal the truth of what really happens, both good and bad, in hospitals across the country. The provocative medical drama follows a group of doctors at Chastain Memorial Hospital, as they face personal and professional challenges on a daily basis. The series stars Matt Czuchry, Emily VanCamp, Bruce Greenwood, Manish Dayal, Shaunette Renée Wilson, Malcolm-Jamal Warner, Jane Leeves and Morris Chestnut.