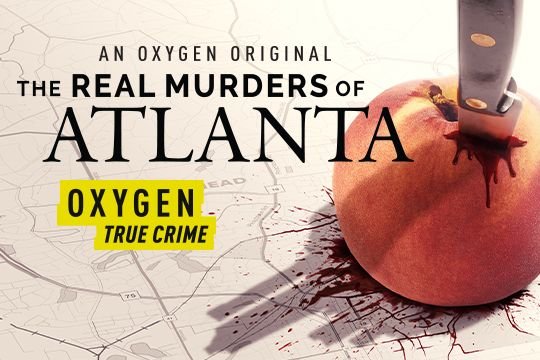 "The Real Murders of Atlanta" portrays the unbelievable cases of homicide that highlight the boundaries between gentrified Southern dynasties, hip hop hustlers and the flashy nouveau riche of this metropolitan mecca of music, entertainment and tech. Told by the investigators, witnesses, reporters and loved ones who have direct connections to the cases, each hour-long story brings Atlanta's hustle and deadly decadence into sharp focus. It's the dark side of the New South, where deadly battles for status and affluence emerge between those who are willing to kill for the good life and those willing to kill to keep it.

Cases covered in the 10-episode season include:

Blunt Instrument - When a tech mogul is found bludgeoned to death in his lavish Roswell bedroom, detectives quickly compile a long list of potential suspects. Police ultimately zero in on one scorned lover who wouldn't take no for an answer.

Blood Feud - Atlanta's thriving hip hop scene is stunned when up-and-coming rapper Lil' Phat is executed in broad daylight. The case takes detectives into a world of mobsters and kingpins where the victim's lyrics may have foretold his demise.

A Deadly Union - The grisly double-murder of two Lockheed employees stuns their families and leaves investigators baffled. As the case languishes for years, investigators are unable to make an arrest until the prime suspect kills again.

Final Judgment - When a prominent Atlanta judge is shot dead in her upscale home, detectives must figure out if the killing was payback from any criminals she had put behind bars, or if someone close had a personal score to settle.