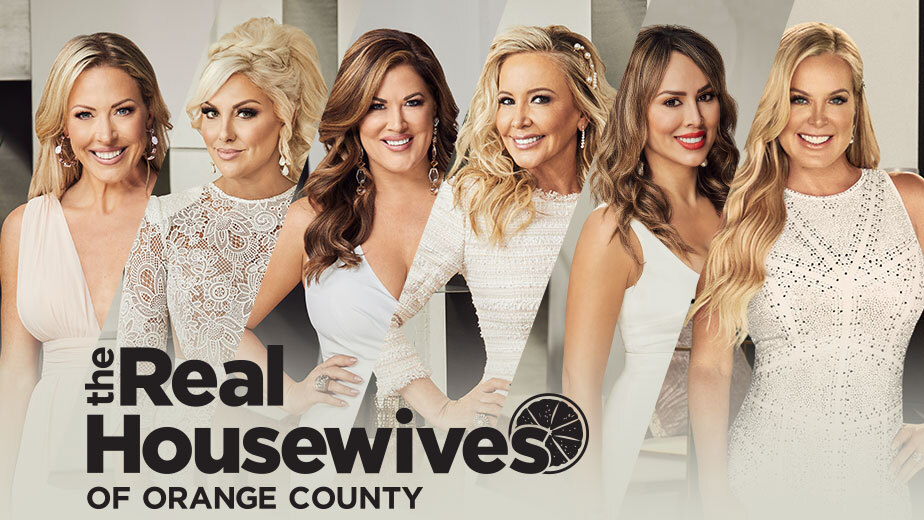 The Real Housewives of Orange County SEASON 17 Renewed On Bravo

"THE REAL HOUSEWIVES OF ORANGE COUNTY" RETURNS WITH A SUPERSIZED SEASON PREMIERE ON WEDNESDAY, DECEMBER 1 AT 9PM ET/PT ON BRAVO

· "The Real Housewives of Orange County" returns for season 16 with a supersized premiere on Wednesday, December 1 from 9 - 10:15 pm ET/PT on Bravo.

· The ladies are introduced to new Housewives Dr. Jen Armstrong and Noella Bergener.

Coming Up This Season:

· Heather is back living the dream in her 22,000 square foot home in Crystal Cove with her husband Terry and four children. Their kids are starting to look at colleges and find their own voices, especially Max who recently wrote a book for parents about teenage sexuality. After many years, Heather and Shannon reunite and instantly find themselves at odds over loyalty and betrayal. Heather also introduces a friend of hers to the group only to find out a shocking truth behind who she really is.

· Convinced that it's never too late to have fun and find true happiness, Shannon's business is on the rise and her relationship with John is thriving. Shannon questions who her true friends are in the group, after she finds herself in hot water with Heather, leading to issues of trust with Gina and Emily. And with her oldest daughter away at school and the twins prepping for college, she is starting to fear her looming empty nest.

· Gina is looking to the future and works to launch her own skincare business. With her boyfriend Travis' unflinching support, Gina continues to co-parent her three children with her ex-husband Matt. Still close to her bestie Emily, Gina becomes fast friends with fellow New Yorker Heather and the two take a trip to the Big Apple. As Gina puts her hardships behind her and her self-esteem grows, the ladies wonder if she is just confident or too arrogant.

· Emily returns with a renewed look after a couple plastic surgeries - a new jawline and bustline. With Shane busy working after finally passing the bar, Emily finds herself with more time on her hands to dedicate to her daughter Annabelle's upcoming Mormon baptism and to helping wrongly convicted individuals in the justice system. Forever inquisitive, Emily often inserts herself in the middle of conflicts but is also accused of being an instigator when she asks Noella about her looming divorce.

· After meeting Gina and Emily last year, aesthetic MD, Dr. Jen Armstrong immediately integrates into the group by performing cosmetic procedures on the ladies. Emotionally guarded at first, Jen develops a quick bond with Heather but has trouble making a real connection with Noella. Married to her husband Ryne, she is a proud mother to three children. She embodies the alpha female persona as she runs her own practice, provides for her family and helps her mom prepare for a move to the OC. Dr. Jen has always been an overachiever and is now launching a division of her practice that specializes in a unique magnetic brain treatment.

· Noella Bergener's world is turned upside down when her husband unexpectedly files for divorce. Her lavish lifestyle gets ripped out from underneath her as the divorce poses questions about her financial future while she cares for her children. While her shocking predicament makes the others question what is really going on, Noella finds solace in her friendship with a sympathetic Shannon. With news of a recent death in her family, Noella finds her emotions, patience, and friendships tested, but that doesn't keep her from doubling down and speaking her mind even when it results in a fiery backlash.

BRAVO'S "THE REAL HOUSEWIVES OF ORANGE COUNTY" SHOWCASES LIFE BEFORE AND DURING THE PANDEMIC WHEN THE NEW SEASON PREMIERES WEDNESDAY, OCTOBER 7 AT 9 PM ET/PT

· "The Real Housewives of Orange County" premieres on Wednesday, October 7 at 9pm ET/PT on Bravo.

· The ladies are joined by new housewife Elizabeth Lyn Vargas, a soon to be divorcee who is ready to kick off the next chapter of her life with a little fun in the OC.

· 2020 starts off on a real high for the ladies with new homes, boyfriends, a fiancé and a new a hip. Past secrets emerge and newfound happiness is questioned as the ladies press to find out if everything is what it seems. The impact of coronavirus definitely takes its toll on the women and their relationships at home and with each other as they each try to adjust to their new reality.

· The season documents their lives from February to August 2020 with self-shot footage during quarantine.

· Shannon starts the year off in complete bliss with her boyfriend John and a new place to call home for her and her three daughters in Newport. As the sole member left in the Tres Amigas, Shannon makes peace with Kelly, but quickly gets herself into hot water with a few of the ladies. When the news of coronavirus hits, it brings her anxiety to all-time high and causes tension between her and John when a division arises over house rules with the kids during lockdown. Shannon's worst fears eventually come to fruition when she learns that along with her three daughters, she too has contracted COVID-19. She documents their journey to recovery on her cell phone.

· Starting the year off on a high following her engagement to Fox News Reporter Rick Leventhal, Kelly is eager to settle into their new home in Newport as she waits for him to officially get transferred to the LA bureau. During stay-at-home orders, Kelly makes waves among the ladies when she jet-sets around the country visiting New York City, the Hamptons and Miami. As the election looms, Kelly's political beliefs and tone-deaf jokes threaten her relationships with the women.

· After a difficult year, Gina is happier than ever as she moves into her new townhome with her boyfriend Travis and their combined six children. Tensions with the ladies arise when she hears that some of the women are criticizing her new home. Trying her best to co-parent, Gina celebrates her daughter's birthday and invites her ex-husband and his new girlfriend. Meanwhile, she is faced to make a tough decision regarding her ex-husband that could change the dynamic of her family. With the coronavirus shutting down schools, Gina faces new challenges as she struggles to home-school the kids while facing criticism for not joining the ladies for a "quarantine happy hour."

· With a new hip and outlook on life, Emily experiences a rebirth in her marriage with Shane. She even lets "fun Emily" out and finds an unexpected ally in the group. When she is presented with an opportunity to design a bathing suit, she dives headfirst to pursue her true passion. While in quarantine, Emily and Shane really lean on each other when times get tough, ultimately testing the true strength of their marriage.

· 2020 is a year of renewal for Braunwyn as she moves into a new 8000 square foot home in Newport, celebrates 20 years of marriage to her husband Sean and embarks on a new journey of her own. During the lockdown, Braunwyn settles into parenting seven children without the help of her nannies and housekeepers. From supporting her son Jacob's desire to dress in drag to addressing the children's anxieties, Braunwyn has her hands full as she strives to give each child individual attention. As she opens up to the women about her past, she finds a common bond with new housewife Elizabeth, yet struggles to see eye to eye with some of the other ladies over her participation in local protests and her political views. And when the ladies learn that Braunwyn's friend Shari has moved in, they begin to question her choices.

· Elizabeth is welcomed to the group through Kelly who she has known for a few years from the Newport party circuit. Born and raised in Missouri, Elizabeth always dreamed of living a life of luxury on the beaches of Orange County and with the help of her soon to be ex-husband, her dream has become a reality. Currently a CEO of an online music company, Elizabeth is ambitious, outspoken and ready to have fun. As she deals with her ongoing divorce, her lifestyle as well as her complex and sexless relationship with boyfriend Jimmy creates a lot of speculation from the women and they start to scrutinize who she is really is.

Catch up on previous seasons of "The Real Housewives of Orange County" on Peacock Premium beginning Sunday, September 20.