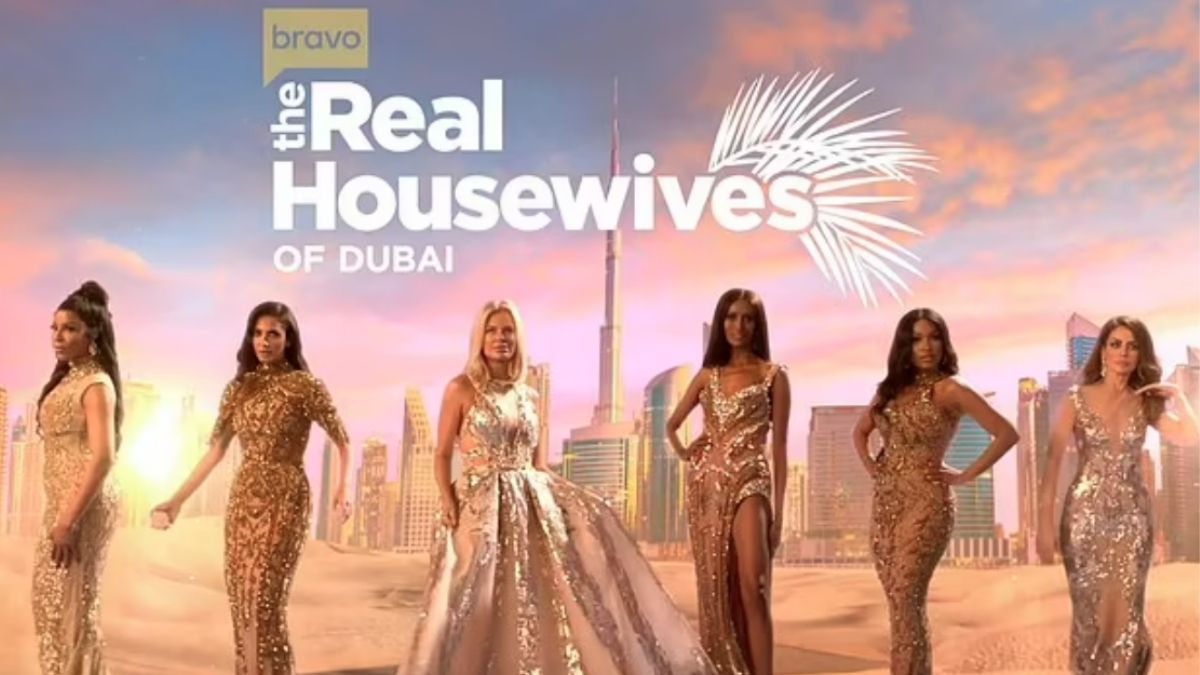 BRAVO'S "THE REAL HOUSEWIVES OF DUBAI" GLITTERS IN GOLD AS THE SERIES PREMIERES ON WEDNESDAY, JUNE 1 AT 9PM ET/PT

As the 11th city in the franchise, "The Real Housewives of Dubai" follows a powerful group of lavish women as they run business empires and expertly navigate a highly exclusive social scene within this ultra-luxe Billionaire's Playground. Whether they're dining on a mountainside overlooking a valley of 1,000 camels or hosting the wedding event of the year, these ambitious and glamorous women prove everything is more extravagant in the "City of Gold.'" When new group dynamics threaten long-standing friendships, tensions inevitably reach a boiling point, so if you can't handle the heat... get out of Dubai.

Meet the ladies of "The Real Housewives of Dubai":

· Born in Lebanon and raised in Texas, Nina Ali is a lifestyle content creator who moved to Dubai in 2011 with her husband, Munaf. After facing significant challenges growing up, Nina values authenticity and prides herself on being the "real deal," especially when it comes to raising her three children. Though she is supportive of her husband's lucrative business endeavors, they must decide if the penthouses and personal drivers are worth the many sacrifices.

· Dubai's first Black supermodel Chanel Ayan is a glamorous socialite known for her elegance and enviable style. A fashion and beauty expert, Chanel is a boss on and off the runway. While running her successful talent agency, she is juggling motherhood and a highly anticipated makeup and skincare launch. When Chanel is confronted by demons from both her past and present, she realizes she can only hide behind couture for so long.

· The daughter of two immigrant parents from Honduras, Boston-born Caroline Brooks is a proud first generation American and Afro-Latina with an appetite for business that is larger than life. With the nickname Caroline DXB, she is well-known in the Dubai real estate world and dreams of opening an inclusive spa. Self-made and hyper-driven, she will use any connections - including her ex-husband's - to cement her and her son's future.

· Born and raised in the UAE, Dr. Sara Al Madani straddles two worlds: modern and traditional. After starting her first business at the early age of 15, Sara has become a prolific public speaker and inspiration to young women in the region. Despite all her success, this twice-divorced mom of one is intent on finding the one thing that's missing in her life: love.

· Originally from Jamaica, Lesa Milan is living out her dreams in Dubai as a successful fashion designer, devoted wife and loving mother to three. Queen of her household, Lesa is fiercely loyal and puts family first over everything. The former Miss Jamaica winner is proud of her luxury maternity fashion line Mina Roe, but fears the success of her brand may come at the cost of her personal life.

· A stylist turned reality star on Bravo's former series "Ladies of London," Caroline Stanbury returns to the network with expanded horizons as a luxury brand ambassador and host of the popular relationship podcast "Divorced Not Dead." After her break-up, the mother of three found happiness in Dubai with former Real Madrid soccer player Sergio Carallo. However, marrying someone much younger comes with its own set of challenges, especially around the topic of expanding their family.