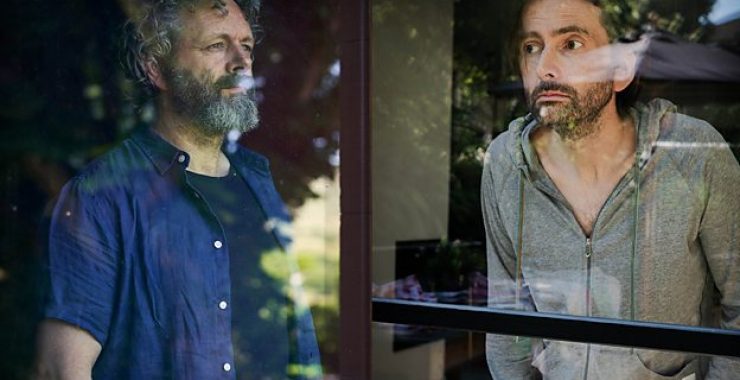 
Has Staged Season 3 been cancelled or renewed? When does Staged return in 2022/2023? Staged? We have the very latest Staged cancel/renewal status and Staged premiere date:

Things have returned to normal for David and Michael. They have moved on from lockdown and returned to their everyday working life, while Simon’s career remains stagnant. His phone does ring, but only to ask if he can get David and Michael back together; and they’ve made it clear they want nothing more to do with him.

But Christmas is approaching, and Simon hopes the warmth of the season might soften them to the idea of a radio version of a Christmas classic… but that’s as far as Simon’s plan has got!

Actors Michael Sheen and David Tennant return with more Staged from Infinity Hill and GCB Films for BBC One.
The new series sees the pair attempt to navigate their ‘new normal’ at home with their increasingly exasperated families whilst simultaneously trying to tackle the world of ‘virtual Hollywood’ and their ever more fragile egos.

Also returning for the new series are Georgia Tennant, Anna Lundberg and Lucy Eaton alongside Nina Sosanya and Simon Evans with new addition to the regular cast Primetime Emmy-winner Ben Schwartz, playing the assistant to Michael and David’s American agent.

Following on from the surprise appearances in series one of Judi Dench and Samuel L Jackson this series sees the regulars joined in their virtual hell by a whole host of unexpected guests.

The series hopes to capture our shared feelings of frustration and confusion at a world not quite ready to re-open. Moments that promise normality dashed before they can take hold. The tantalising prospect of comfort kept at bay.

Michael Sheen says: “It’s been so great to see how much people enjoyed the first series. Seemed like the laughs were much appreciated. It made us really excited about taking it further and going in some surprising and hopefully enjoyable directions this time.”

Georgia Tennant adds: “The prospect of getting my husband back into employment alongside the divine Ben Schwartz and the hairy, Welsh legend that is Michael Sheen all makes me very happy to be back for series two!”

Created by Simon Evans and Phin Glynn, Staged is written and directed by Evans and is an Infinity Hill/GCB Films/No Mystery production for BBC One. It was commissioned by Charlotte Moore, BBC Chief Content Officer. The producers are Phin Glynn, Victor Glynn and Georgia Tennant. David Tennant and Michael Sheen are also executive producers of the series. Executive Producers for Infinity Hill are Axel Kuschevatzky and Cindy Teperman and for GCB, Geoff Iles.