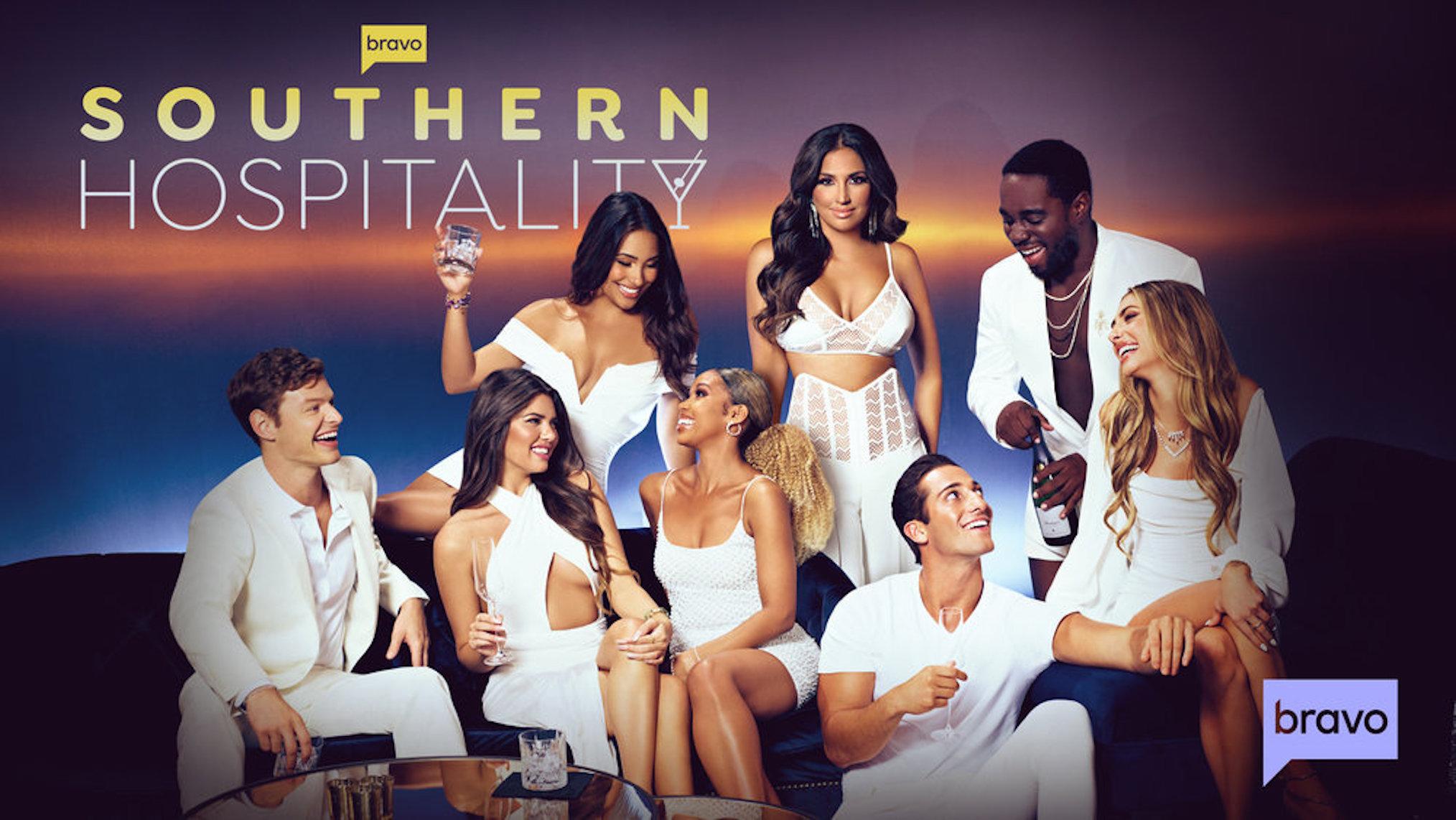 The series follows "Southern Charm" resident boss-lady Leva Bonaparte as she manages Charleston's very own "it" crowd, otherwise known as her larger-than-life staff at Republic Garden & Lounge. Leva and husband Lamar own four restaurants along the city's famous King Street, but Republic is the crown jewel of their kingdom. The hottest nightclub and backdrop for Charleston's lively party scene, Republic is the place to go for pleasure, business or both.

For Leva's team - a fiery group of best friends driven by their work hard/play hard mentality - working at Republic is the gold standard. They're forced to compete for prime positions and the best tips the city's nightlife has to offer. Leva sets the bar high, but she treats them like family, guiding this crew of young, passionate singles through love, conflict, makeups, breakups and everything in between. As the matriarch of Republic, Leva finds herself with a full plate as she strives to be the voice of reason with her unpredictable staff, but never afraid to make tough decisions that could change the dynamic of this close-knit group. While the staff balances their personal lives with work responsibilities, the stakes have never been higher for Leva who preps for Charleston's biggest summer in recent memory.

· A Charleston transplant who grew up in Charlotte by way of New York City, Maddi Reese/DJ & VIP Manager started working for Leva four years ago when she was only 20. Now managing VIP hosts and working to take her music career to the next level, she regularly plays at Republic and across the Southeast. Her professional life has continued to see success, but her love life has proven a bit more challenging. Maddi is pursued by two guys and forced to make an impossible choice: jeopardize a close friendship by dating her co-worker Joe or risk another heartbreak by getting back together with her cheating ex-boyfriend.

· Charleston native Mikel Simmons/VIP Host has a reputation for bringing the party anywhere he goes. Tormented by his past when he felt as though he was living a double life, Mikel is finally ready to come out to his friends and beloved church community. Though these conversations won't be easy, particularly in the South, he sees this as the next step toward finding peace with himself. Looking to regain Leva and Lamar's trust after being suspended for promoting another club, Mikel grapples with doing his best but realizes some of the guys are rooting for him to fail.

· A true Southern girl, Grace Lilly/VIP Concierge was born in Kentucky and moved to Charleston in grade school. Guided by her beliefs in astrology and mysticism, she feels that Charleston is too small and has spent most of the past two years traveling to parties around the globe. Known to skip work for self-care, the staff picks up her slack even when Grace is working, so they don't appreciate her leaving town. Now, unbeknownst to Grace, several co-workers plan to confront her.

· Hailing from a successful family in Atlanta, Joe Bradley/VIP Host has always felt that he has a lot to live up to. After dropping out of college and trying his hand at a string of entry-level jobs, he finally found his calling as a VIP host at Republic. Joe wants to follow in Leva's footsteps as a restaurant and nightlife impresario. Though he tries to prove that he's management material, his co-workers remind him that he isn't the big boss. Joe's ambition not only complicates his strained relationship with Mikel, but also threatens longstanding friendships with TJ and Bradley.

· New York native Lucía Peña/VIP Server spends her days raising her two-year-old son and nights working at Republic. The younger staff loves that while Lucía is a few years wiser and more experienced, she still parties with them. Refusing to initially settle for a mediocre relationship with her son's father and finally having agreed to give it another shot, she soon realizes that skeletons from the past might make it impossible for them to be together.

· Born and raised in Trinidad and Tobago, Mia Alario/Hostess moved to Charleston for college and graduated with two degrees in economics. She spends her days working at a buttoned-up financial institution and nights hosting at Republic. Outspoken, socially outgoing and always ready for a night out, Mia is dedicated to the job, although she admits she works for pleasure, not necessity. She has no issue speaking her mind and enjoys catching people off guard with her honesty, often rubbing the group the wrong way. Mia's grit and commitment are always on trial with her co-workers, and she constantly has to prove she deserves her coveted spot.

· Bartender Will Kulp was born and raised in Charleston. A gifted student who pursued modeling in New York after a chance encounter with a scout, he eventually returned home and currently lives with his parents. Though he isn't as far along in his career as he had hoped and struggles with disappointment, he constantly overcompensates by talking himself up and others down. Leva knows Will could be doing more at Republic but believes he will never reach his full potential because he considers himself too good for the restaurant industry. Will is crazy about his girlfriend, Emmy, and feels the only way out of his rut is to apply to law school, though he might be having a little too much fun to take the final step into adulthood.

· One of four sisters, Emmy Sherrel/VIP Server is no stranger to the intricacies of sisterhood at Republic. After graduating from the College of Charleston, Emmy is currently having a great time handling VIP's while she awaits her next big adventure. Leva jokes that Emmy and boyfriend Will project a flawless outward appearance, but the cracks begin to show when a startling rumor involving Emmy and a co-worker's boyfriend comes to light. Suddenly Emmy's friendships and her relationship with Will are called into question as the compromising details are revealed.

· Since leaving his home in Virginia, TJ Dinch/Bartender moved to Charleston to start a career in the city's thriving food and beverage industry. TJ takes great pride in his work and runs the bar like he runs his life - neat, organized and clean. A ride-or-die Republic loyalist, TJ makes it his personal mission to protect Leva's business and her brand, even after Leva tells him to back down. When Grace and Mikel don't fit his perception of proper Republic employees, TJ takes it upon himself to try to drive them away.

· After graduating from the Citadel military college on a football scholarship, Bradley Carter/VIP Host spent two years vigorously training to get into his current enviable shape and aspires to establish his own personal training company. In the meantime, Bradley works at Republic as a VIP host, where he makes most of his money and meets most of his dates. Not shy about his looks, Bradley has no problem mixing business with pleasure, but he lands himself in hot water after he is accused of cheating on one server with another. Though he denies the allegations, the accusations grow increasingly personal until the conflict threatens to split Republic's close-knit team down the middle.