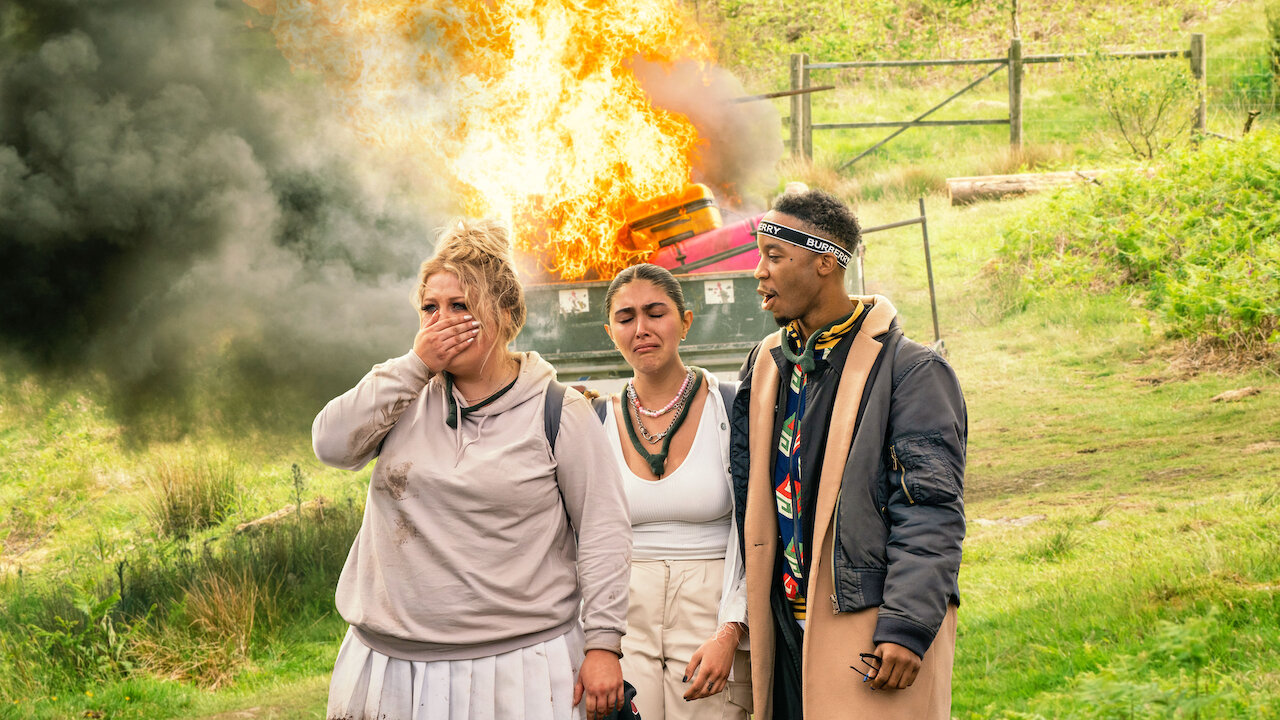 Welcome to Snowflake Mountain. A place where ragtag stuck at home snowflakes with zero life skills have to step up to the plate. Built as a wilderness boot camp, our snowflakes will compete to see who has what it takes, competing for a life-changing prize and the chance to kickstart their life and liberate their parents.
Snowflake Mountain

Synopsis: Snowflake Mountain is a funny, warm-hearted reality show which takes a bunch of clueless kidults who aren't yet living to their full potential and puts them through their paces at a wilderness survival retreat to try and kickstart them into standing on their own two feet. The back-to-basics camp is a rude awakening to just how pampered their lives have been so far. At stake is a transformative cash prize for the lucky winner. There's no running water, no parents to wait on them, and, worst of all, no Wi-Fi. But, by connecting to nature, they'll learn to graduate as fully-functioning adults.

· Deandra, 24 - Originally from Brooklyn, NY, currently lives in Brooklyn, NY. Chaos Queen Deandra lives at home with her two younger sisters and her parents and says her life is a rollercoaster. She's tried to move out of her parents' place three times but 'some crazy shit always happens and I loop de loop right back to where I started'. She's been fired from every job she's had, but says she's stayed friends with her bosses. Deandra doesn't see why she should have to work hard, contribute to her bills or help her parents in the house. When she earns money, it goes straight on wigs, make-up, vacations and ice-cream.

· Olivia, 25 - Originally from Cincinnati, OH, currently lives in Cincinnati, OH. Self-confessed 'Disney Princess' Olivia likes all things pink, fluffy and cozy and safe. She dreams of building her fairy tale life, living in her own palace, married to a Prince Charming. But she won't fly the family nest! Olivia is a kind and sensitive soul, who went away to college and had an apartment in New York, but she couldn't stand being away from home and was forever on the phone to her mom! So she moved back home to Ohio to live with her parents and younger sisters. Olivia says she avoids trying new experiences because 'I have a fear of the unknown. My worst habit is overthinking everything'

· Rae, 25 - Originally from Kent, UK, currently lives in Kent, UK. Fun-loving Rae admits she's 'hopeless' when it comes to adult life. She loves living at home and is super-close with her parents, who still do everything for her. Rae takes messiness to the next level. Rae hasn't found her passion in life yet. She's tried various jobs but doesn't have the motivation to stick to anything. Rae lives for having fun so she's always going out, going on vacation, and just wants to live in the moment with no thought for the future. And as for saving money, forget it!

· Devon, 20 - Originally from Boston, MA, currently lives in New York, NY. Devon sees herself as a born rebel: the more somebody tells her not to do something, the more she'll do it. Devon is at college in New York where she's secretly failing and wants to drop out, but she hasn't told her mom. Wild child Devon lives to party. She is all about serving looks and can happily stare at herself in the mirror for hours. Devon is a committed vegan, but whatever the topic, she never shies away from voicing her opinions, both on social media and IRL.

· Darriea, 25 - Originally from Atlanta, GA, currently lives in Syracuse, NY. Darriea is a free spirit who doesn't want to commit to anything or anyone. Routine and structure are not part of her life and she wants to go with the flow. The idea of 'responsibility' makes her freeze, so she hates signing on the dotted line for anything. Darriea is creative and artistic but finds it hard to stay on task, so she 'flits' from one thing to another without committing. Darriea quit her latest job and has no income, so she's been living for free at her friend's apartment for the past five months, where she sleeps on a mattress on the floor. Darriea says she does her laundry once a month and washes dishes every 10 days or so.

· Solomon, 26 - Originally from Fairfax, VA, currently lives in Los Angeles, CA. Solomon is 'funemployed' and lives in Los Angeles, entirely funded by his wealthy parents. Solomon's mom pays his rent and recently bought him an electric BMW. Solomon spends USD $500 a week on grooming - manicures, pedicures, haircuts and facials. He orders take-out food every day and has never washed a dish or done chores in his life because he grew up with maids. Solomon's parents wanted him to pursue a career as a lawyer or in Government, but Solomon dreams of being a star and an influencer and wants his parents to fund him until he makes it big.

· Liam, 21 - Originally from Warwickshire, UK, currently lives in Warwickshire, UK. Self-confessed diva Liam tried living with his Mom, but she 'nagged' him too much. He tried living with his Dad, but they 'clashed'. So he moved in with his Nan (grandmother). Liam only works so he can get money to PARTY! He spends everything he earns on going out with his friends, vacations and looking good. Liam doesn't want to bore himself with responsibilities and his motto is 'you're here for a good time, not a long time' (unless the long time is time spent in the shower - he can be in there for an hour!). Liam has never cooked and does nothing to help his grandmother.

· Carl, 22 - Originally from Miami, FL, currently lives in Los Angeles, NY. Natural athlete Carl was a promising basketball player and earned a scholarship to college. But he lost his focus and started partying too much, so his grades and performance suffered. His family and basketball coach all tried to get him back on track, but Carl didn't listen. Carl is now working as a food delivery driver and is trying to find work as a model as he figures out a new direction.

· Randy, 23 - Originally from Kissimmee, FL, currently lives in Kissimmee, FL. Randy was on a pre-med program at a prestigious College before dramatically dropping out. Randy has big dreams of being a pro-wrestler. In the ring he ramps up his spoiled brat persona and calls himself the 'white collar, billion dollar, big baller, boujee brawler'. He's been working for his parents' business, but doesn't take it seriously. His parents still pay all his bills on top of giving him a paycheck. They also do everything for him, from cooking, and laundry to taxes and taking his car to be serviced. Randy is super-messy but refuses to clean up, no matter how many times his mom asks.

· Sunny, 26 - Originally from Pennsylvania, USA, currently lives in Pennsylvania, USA. Sunny comes from a family of high achievers. His sister is training to be a lawyer, his cousins work on Wall Street and his friends work in Silicon Valley. Sunny was an academic ace at school, but at College he secretly changed his major to something 'less intense' so he could focus on taking things easy, which his mother was upset about when she found out. After doing a string of different jobs, Sunny has stopped working and is living at home with his single mother, who fully supports him financially and does everything for him around the house too.