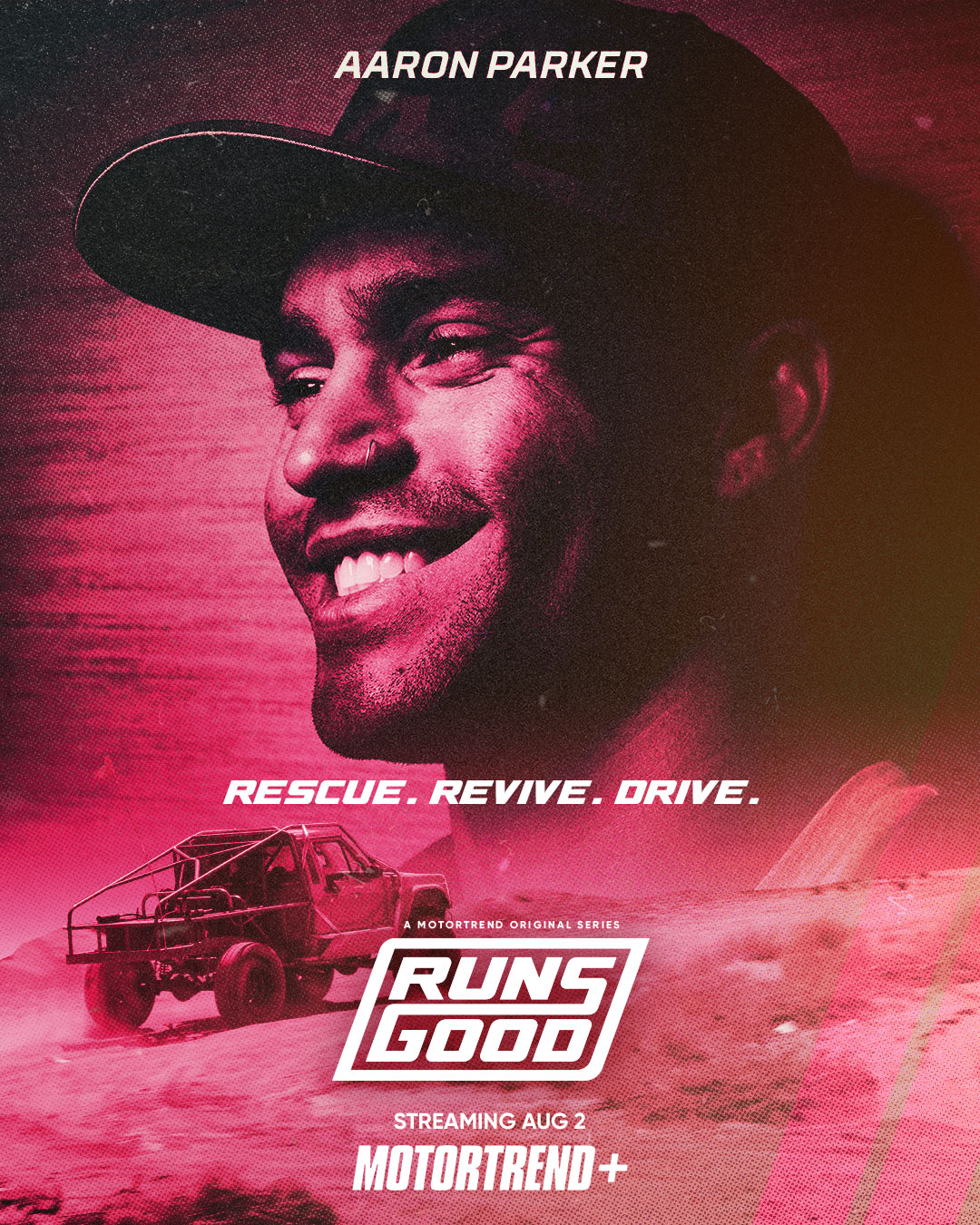 Has Runs Good Season 1 been cancelled or renewed? When does Runs Good return in 2022/2023? Runs Good? We have the very latest Runs Good cancel/renewal status and Runs Good premiere date:

On every episode of RUNS GOOD, Aaron, Dan, and Shea are on a mission to rescue failed project cars. The trio revive late model vehicles from a lifetime of sitting on cinder blocks, repairing or replacing long neglected performance parts and then taking them to racetracks and events to fulfill their true potential. Whether it's overhauling a poorly sealed turbo, welding new exhaust headers, finding the right set of wheels, or completely retooling a lifted suspension, the RUNS GOOD team takes each project car and 'Cinderellas' it into the vehicle it was destined to become.

On the first episode, "The Soul Crusher Mustang," Aaron, Dan, and Shea buy a half-finished Fox-body Mustang drag race project car that was abandoned halfway through a turbo charged LS heart transplant. With their eyes set on 700+ horsepower, they attempt to finish it for a run at a local drag event. But after five days of rebuilding the vehicle, thay have to face the truth: did they buy a hopeless lemon or are they now destined to be America's next great drag racing team? RUNS GOOD premieres Tuesday, August 2 on MotorTrend+ with a new episode weekly.

"Dan Brockett, Aaron Parker, and Shea Seefeldt represent the next generation of auto enthusiasts, pushing the boundaries of the popular car build genre by bringing the kind of expert skills and creative ingenuity that make all different types of previously failed project cars do things you would never imagine," said Head of MotorTrend Studio Mike Suggett. "RUNS GOOD is the perfect addition to expand MotorTrend's 2022 programming lineup and audience."

Dan, Shea, and Aaron buy a half-finished Fox-body Mustang drag race project car that was halfway through a turbo charged LS heart transplant. With their eyes set on 700+hp, they attempt to finish it within five days for a local event.

Dan, Shea, and Aaron buy a completely stripped out Mini Cooper off of Facebook Marketplace. The goal is to completely transform it into a fully fledged spec car in only four days. Since the boys don't like to lose races, they scheme to add an illegal nitrous bottle and disguise it as a fire extinguisher.

A drive an hour north of Albuquerque leads Dan, Shea, and Aaron to investigate an intriguing listing about a $1500 Jeep Comanche. It's already been lifted and allegedly "Runs Good" but they're going to have to trust the previous owner because the car doesn't have a gas tank and can't be turned over.

The boys buy yet another non-running car, sight unseen. This project is a Subaru Legacy that was listed for $1500, but the original owner couldn't sort out why it wouldn't turn over after some at-home maintenance. With slight trepidation, the guys press onward and attempt to resuscitate this stalled project and add a bunch of other overlanding goodies to this Legacy.

This time around Dan, Shea, and Aaron take a short train ride out to Santa Fe to take a look at a Chevy Silverado 2500 that has had an LS transplant. The previous owner originally wanted to turn it into a Sunday cruiser but couldn't sort out why the car would randomly shift into neutral. Undeterred, the guys decide to press forward and complete what he started.

Never meet your hero's kids, especially when that hero is a thirty year old Import. In the season finale of Runs Good, Dan, Shea, and Aaron fly out to Grand Junction Colorado to investigate a listing about a Nissan Skyline Gts-t drift project. In only three days the guys completely transform this stalled project into a legendary drift missile.