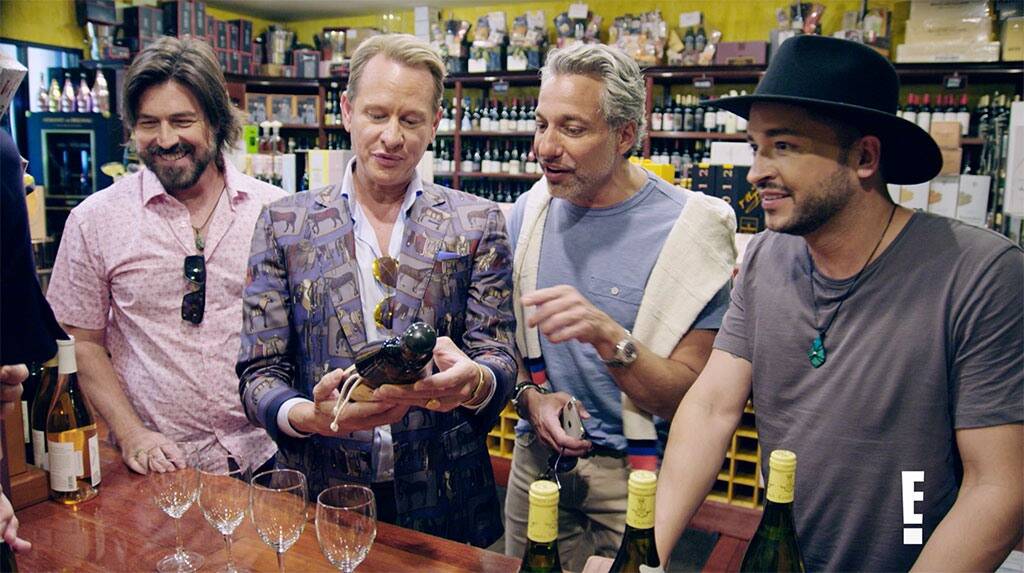 Four Part Series Reunites Iconic Casts Including "All My Children," "Queer Eye for the Straight Guy," "A Different World" and "Scrubs"

LOS ANGELES - May 5, 2021 - E!, the global, multi-platform brand for all things pop culture, reunites some of the most celebrated TV casts as its new event series "Reunion Road Trip," launches on Thursday, June 10 at 9pm ET/PT. The four-part special event series catches up with the beloved cast members as they reconnect with old friends, reflect on their trailblazing shows that helped shape the television landscape, and share surprising revelations and behind-the-scenes scoop. With exclusive, candid conversations with the stars as viewers have never seen them before, each episode delves into their earliest days from auditions to first impressions, their continuing legacy and everything in between.

Below is the episode rollout:

Reunion Road Trip: With All of My Children - Premieres Thursday, June 10 at 9pm ET/PT

The Original Fab Five, Ted Allen, Kyan Douglas, Thom Filicia, Carson Kressley and Jai Rodriguez reassemble in Los Angeles as they makeover Jai for his 40th birthday. As the group works their magic, they think back to their most heartfelt, meaningful makeovers and the impact on the LGBTQ community then and now.

For a very special college homecoming, alumni Sinbad and Kadeem Hardison invite Darryl M. Bell, Jasmine Guy, Dawnn Lewis and Cree Summer for an intimate, sit-down discussion to look back on the sitcom's overall success and long-lasting cultural impact on generations by tackling a range of substantive issues and giving a voice to the Black community. They are joined by the show's director and executive producer Debbie Allen and executive producer Susan Fales-Hill.

Cast members Zach Braff, Sarah Chalke and Donald Faison reconvene as they go on a quest to track down Rowdy, the show's treasured taxidermied dog. Along the way, they reminisce on their time on the groundbreaking sitcom, spill their juiciest behind-the-scenes stories and are surprised by a few of their favorite co-stars, Robert Maschio and Judy Reyes.