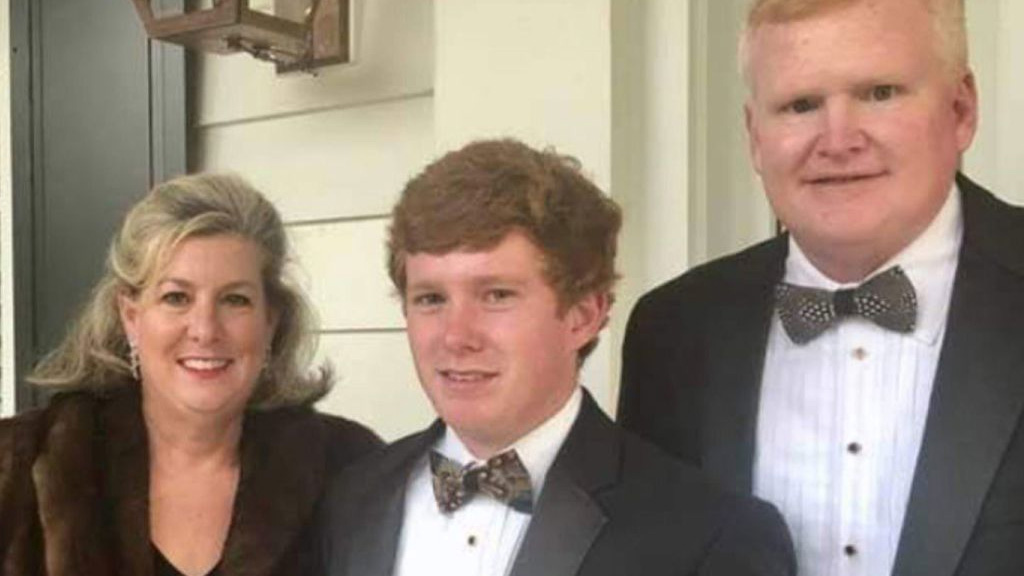 ID TAKES AN EXCLUSIVE LOOK INTO THE ALLEGED CRIMES OF ALEX MURDAUGH WITH THE WORLD PREMIERE OF "MURDAUGH MURDERS: DEADLY DYNASTY"

(New York, NY) - ID announced today the world premiere of the three-part docuseries MURDAUGH MURDERS: DEADLY DYNASTY, which provides a gripping, inside look into the headline-making tragedies surrounding the Murdaugh family and the alleged crimes of Alex Murdaugh that sent shockwaves through an idyllic South Carolina community. All three parts will air back-to-back on June 19th at 9/8c on ID and will be available stream the same day on discovery+. Leading into the premiere, ID will kick off a week-long Bad Dads Week stunt beginning Monday, June 13. Every night at 8/7c will feature twisted tales of sinister fathers - culminating with MURDAUGH MURDERS: DEADLY DYNASTY, one of the most tragic and heart wrenching tales involving a devious dad.

The gripping three-part special MURDAUGH MURDERS: DEADLY DYNASTY takes viewers through the investigation into the powerful family that reigned over the South Carolina low country region's legal proceedings for nearly a century. The Murdaugh family's alleged corruption, deception and crimes fall on a 4th generation family member who is now charged with enough crimes to land him more than 700 years in prison, if convicted. Offering a new perspective on the case, MURDAUGH MURDERS: DEADLY DYNSATY goes on the ground and inside South Carolina's low country community to give a firsthand look into the heartbreaking tragedies and fascinating power dynamics at play. Featuring extensive interviews with those who knew the Murdaughs as well as dedicated local journalists, legal experts, and investigators who have looked into the alleged crimes, the docuseries provides a comprehensive, fresh look at the tragedies and corruption that span nearly a decade.

"From the moment the news of the boat crash that tragically took the life of Mallory Beach was reported, the list of criminal allegations against Alex Murdaugh and the Murdaugh family has extended to lengths no one could have imagined," said Jason Sarlanis, President of Crime and Investigative Content, Linear and Streaming. "The story of Alex and his insidious actions is the ultimate capstone to our inaugural Bad Dads Week exploring the depravity that can ensue when toxic patriarchy is left unchecked."

MURDAUGH MURDERS: DEADLY DYNASTY will premiere all three episodes on Sunday, June 19th starting at 9/8c on ID. Episodes will be available to stream the same day on discovery+.

· Something Wicked This Way Comes Premieres Sunday, June 19 at 10/9c

The double-murder of the wife and son of powerful attorney Alex Murdaugh stuns the community his family has presided over for almost a century. Secret evidence, cold cases and suspicions of cover-up add to attention and pressure on the legal dynasty.

A shooting exposes a web of lies as criminal charges accumulate against Alex Murdaugh in the aftermath of the unsolved murders of his wife and son. Allegations of conspiracy upend life in his South Carolina community amidst ongoing investigations.