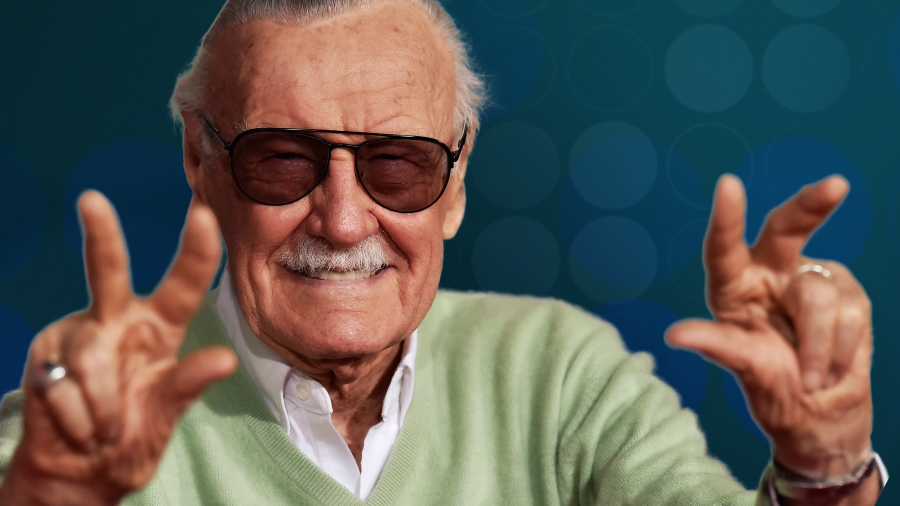 SEPTEMBER 2021 BRINGS NEW ORIGINAL STORIES ABOUT THE CIA HUNT FOR OSAMA BIN LADEN, THE ESTATE BATTLES OF MARVIN GAYE AND SELENA QUINTANILLA AND A REELZ PREMIERE CELEBRATING THE SOAP OPERA

Marking the 20th Anniversary of 9/11 'CIA vs. Bin Laden: First In' Reveals the Inside Story of Hunting Down the Infamous Terrorist as Told for the First Time by CIA Leaders

'Marvin Gaye: Life, Death & Money' Celebrates His Contributions to Music and the Story of His Estate That Would Change Music Copyright History

'Selena: Life, Death & Money' Presents the Story of the Beloved Latin Music Star Whose Popularity Continues to Soar Decades After Her Tragic Death and the Fight to Decide Who Profits From Her Life

'The Story of Soaps' Makes Its REELZ Premiere with a Loving Look at the Impact of Soap Operas with Chandra Wilson, Alec Baldwin, Susan Lucci, Bryan Cranston, John Stamos and Many More Sharing Their Stories of the Television Staple

(Albuquerque, NM) Thursday, August 5, 2021 - REELZ today announced its September 2021 premieres anchored by original documentary CIA vs. Bin Laden: First In showcasing an extraordinary level of cooperation with the CIA revealing the inside story of tracking down Osama Bin Laden. September 2021 premieres also include the return of original series Life, Death & Money with two new stories celebrating the powerful careers of Marvin Gaye and Selena whose tragic and shocking deaths were followed by monumental estate battles with millions of dollars in the balance and history making legal decisions. Making its REELZ premiere in September is The Story of Soaps chronicling the cultural influence and addictive storytelling of soap operas.

"In remembering 9/11 on its 20th anniversary it's important to capture the real stories of people in the CIA who were directly tasked with tracking down the man responsible for those tragic events and CIA vs Bin Laden: First In is a riveting account of what transpired inside one of the most secretive organizations in the world," said Steve Cheskin, SVP of Programming at REELZ. "September premieres also celebrate two iconic stars in Marvin Gaye and Selena whose popularity after their untimely deaths generates millions of dollars leading to game changing lawsuits to decide who profits."

The horrific events of 9/11 left America wounded and hungry for justice. The hunt for Osama Bin Laden would begin and the Central Intelligence Agency was tasked to execute the search. Now for the first time members of the CIA who were directly involved reveal the inside story of the mission to hunt down the most wanted terrorist on the planet by one of the world's most secretive and powerful organizations. On Sunday, September 5 at 8pm ET/ 5pm PT CIA vs Bin Laden: First In features interviews with 18 people including senior CIA leaders who played critical roles in the hunt for Bin Laden, many of whom have accounts that have never been publicly told until now, in addition to former senior officials of French and British intelligence agencies.

Soulful singer and songwriter Marvin Gaye had a golden voice that brought him fame and fortune but his shocking murder by his own father revealed an estate in disarray as Gaye died without a will and $9 million in debt. Gaye's estate needed to harness the earning potential of his intellectual property rights to pay the debt and nearly 30 years after his death a controversial copyright lawsuit filed against recording artists Robin Thicke, Pharrell Williams and T.I. for their 2013 megahit "Blurred Lines" had the potential to eliminate what Gaye owed. Marvin Gaye: Life, Death & Money on Wednesday, September 15 at 10pm ET/ 7pm PT celebrates his powerful career and the multi-million dollar fight Gaye's family waged after his death that would make music copyright history. Like Gaye, groundbreaking and record setting Latin music star Selena Quintanilla had massive earning potential after her untimely death and also died without a will so who was entitled to her estate? Selena was on the brink of mainstream pop success with the release of her first English language album when one woman's obsession cut her life short at just 23 years old. Despite constant touring, several albums and a rising fashion brand at the time her death Selena's estate was worth $326,000 but after her death Selena's popularity skyrocketed as did the value of her estate. On Wednesday, September 22 at 10pm ET/ 7pm PT Selena: Life, Death & Money reveals the legal clash that unfolded 20 years after her passing when widower Chris Perez is approached to make a TV series about his life with Selena but her father steps in to stop it resulting in an estate dispute about who has the right to tell her story and who is entitled to its massive royalties.

While Selena's story ended in real tragedy the themes of deceit, passion, heartbreak and love in her life were a perfect fit for a TV drama. In an ode to the master storytelling in daytime dramas The Story of Soaps makes its REELZ premiere on Saturday, September 25 at 8pm ET/ 5pm PT featuring Bryan Cranston, Chandra Wilson, Alec Baldwin and many more along with legendary writers, producers and fervent fans sharing their love for the power of soap operas. The Story of Soaps details why soap operas have been a part of American households for decades giving audiences a daily dose of captivating stories, love-to-hate characters, power couples and nail-biting cliffhangers.

Below is September 2021 programming listed by premiere date and time. Full synopses for every show follow this list.

The Story of the Soaps at 8pm ET/ 5pm PT

Below are detailed descriptions for September 2021 programming listed by premiere date and time:

CIA vs. Bin Laden: First In Premieres on Sunday, September 5 at 8pm ET/ 5pm PT. CIA vs. Bin Laden: First In is the most revealing documentary produced about the 10 year hunt for Osama Bin Laden by the Central Intelligence Agency. The documentary features interviews with 18 people including the former CIA director, CIA case officers, military leaders, members of European intelligence services and a U.S. Congressman who all had direct roles in the hunt and elimination of the world's most wanted terrorist. Many of the people most deeply involved with tracking down Bin Laden have been reluctant to share their stories until now. There was simply no benefit for these quiet professionals, their families, or the agencies they served to be in the public eye but they have collectively decided that now is the time to go on record and tell their stories before it's too late. CIA vs. Bin Laden: First In is produced by KM Plus Media s.r.o., Big Media Holdings, LLC, RMC Production and RMC Films.

Marvin Gaye: Life, Death & Money Premieres on Wednesday, September 15 at 10pm ET/ 7pm PT. On April 1, 1984 legendary soul singer Marvin Gaye was shot and killed inside his California home by his own father after a domestic dispute. Gaye's family would grieve the death of a son, brother and father who died depressed, drug-addicted and more than $9 million in debt. Without a will the fate of Gaye's financial legacy was left to a court-appointed bankruptcy attorney to salvage with the family. With savvy marketing of Gaye's song royalties, image rights and even the official rights to produce his life story the executor of the Gaye estate paid off the debts and accumulated several million dollars in assets. Gaye's three children, as the heirs under intestate law, reaped the benefits for years. Knowing their father's value and musical style it's no surprise that when Gaye's children heard the 2013 megahit "Blurred Lines" by Robin Thicke, Pharrell Williams and T.I. on the radio alarm bells went off. As they would later argue in court "Blurred Lines" closely mirrored the "feeling" of their father's 1977 song "Got to Give It Up". Gaye's estate attorneys would aim to justify that "Blurred Lines" could not exist without Gaye's original recording. This would blow open a massive copyright infringement case among Gaye's estate and the three famous artists ultimately making Gaye's song a turning point in music copyright history that would have a massive ramifications for artists in the music industry. Marvin Gaye: Life, Death & Money is produced by Buck Productions.

Selena: Life, Death & Money Premieres on Wednesday, September 22 at 10pm ET/ 7pm PT. Known as the "Queen of Tejano Music" at just 23 years old Selena Quintanilla was on the brink of a mainstream pop breakout with the impending release of her first English language album. With major record sales, lucrative endorsements and a burgeoning retail fashion line it appeared as though the rising star would conquer the music world. However, Selena's life would instead be cut short when a jealous friend and employee named Yolanda Saldívar shoots and kills the young singer in a motel room on March 31, 1995. Selena's family and fans were shattered but for her family grief soon turned into talk about Selena's money and legacy after it was revealed she died without a will. Before her death Selena had signed over her image rights directly to her father and manager Abraham Quintanilla. This meant that he alone would have the ability to control Selena's name, voice and image which would dictate the future earnings for him, Selena's sibling bandmates and her widower Chris Perez. This is where the future estate war unknowingly begins for Perez against his father-in-law. In 2012 Perez independently releases the bestselling autobiography "To Selena With Love" and the book is so successful it is optioned to become a TV series but not before Perez is hit with a $1 million lawsuit by Abraham. According to Abraham, Perez has no right to adapt his book into a TV show about his late wife. What follows is a legal battle that cracks open long-buried family tensions and raises questions about who has the right to tell Selena's story and who stands to profit. Selena: Life, Death & Money is produced by Buck Productions.

The Story of Soaps makes its REELZ Premiere on Saturday, September 25 at 8pm ET/ 5pm PT. With their unforgettable characters, emotionally supercharged plotlines and loyal legions of fans, The Story of Soaps puts the spotlight on the American soap opera and its cultural impact for generations of audiences. An incredible panel of voices including Alec Baldwin, Carol Burnett, Jon Hamm, Denise Richards, Andy Cohen, Chandra Wilson, Bryan Cranston, John Stamos and many more share their stories of working on soap operas. From its daytime origins to primetime incarnations such as Dallas and Melrose Place through the advent of reality TV The Story of Soaps explores the escapism and indulgence soap operas created. The special outlines how female creators migrated from radio to television to become the dominating voice in daytime for more than three decades. Much of what propels modern television today traces back to those first sprawling, complex and steamy storylines. Examined and narrated by a company of experts, writers and well-known actors The Story of Soaps discusses the everlasting significance of soap operas and how no other genre has laid deeper roots into our cultural consciousness and influenced serialized storytelling. The Story of Soaps was produced for ABC by the television production division of Meredith Corporation and Maggievision Productions.