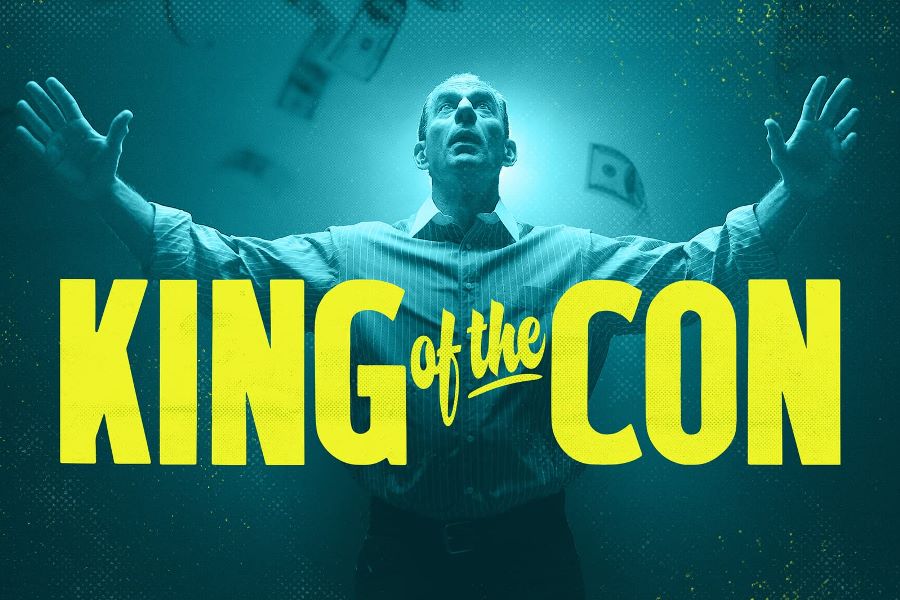 King of the Con Premiere Date/Status

King of the Con SEASON 1 Premiere Date Set On Discovery+

"KING OF THE CON" ON DISCOVERY+ OFFERS A LOOK INTO THE DEBAUCHEROUS, SWINDLING LIFE AND INCONCEIVABLE SCAMS OF PROFESSIONAL CONMAN BARRY MINKOW

--All Three-Parts Available to Stream Beginning Friday, January 14 on discovery+--

(New York, NY) -- From whiz kid, to convict, to pastor, to fraud fighter, to convict yet again, Barry Minkow has become the master of self reinvention - just ask the countless individuals who fell victim to him over the years. KING OF THE CON gives true crime fans the ultimate look at how a scam artist can reinvent himself and get rich - many times over - by featuring one of the first interviews with Minkow discussing his life and crimes. Produced by The Content Group, all three-parts of KING OF THE CON will be available to stream beginning Friday, January 14 on discovery+.

A poor boy from the San Fernando Valley who was determined to build a different life from his parents, Barry Minkow had big dreams of money and success early on. At the age of 16, Minkow started a carpet cleaning company called ZZZZ Best, which rocketed him into the limelight and set him up to be one of the youngest self-made entrepreneurs in the nation. But not all was as it seemed - shortly after Minkow took the company public on the New York Stock Exchange (before he could even legally drink) he found himself in hot water when ZZZZ Best was revealed to be the front for a massive Ponzi scheme with ties to the mob. Minkow was quickly thrown from his pedestal of success into a lengthy prison sentence. Following his release in 1995, it seemed Minkow was on the right track: he became a pastor of the San Diego Community Bible Church, got married, published a best selling book on his crimes, used his criminal background to help identify other cases of potential fraud, and was even in the works on a movie about his life story. However, Minkow's new life abruptly came crumbling down when it was revealed he was back to his old ways: using his fraud detection work to insider trade while also bilking his congregation of millions of dollars. Now out of prison and attempting to rebuild his life yet again, Minkow shares his story.

With a colorful cast of characters and dripped in iconic 80s flair and funky 90s pop, KING OF THE CON catapults Minkow's inconceivable story of deception, redemption and deception again across four decades, exposing Barry Minkow as one of the most unbelievable conmen to ever exist. Featuring not only first hand accounts from Minkow, but his co-conspirators, family, and victims, viewers will be engrossed from the start in just how Minkow managed to create a life based entirely on deception... and find themselves genuinely pondering the question, Is Barry Minkow really a changed man?

"What's so intriguing about Barry Minkow is not how much he stole, but how he was able to get away with his crimes again and again. After failing so publicly with ZZZZ Best, how could he turn right around after leaving prison, build an entirely new life, redeem his reputation, and then start all over again with scamming innocent people?" said Jason Sarlanis, President of Crime and Investigative Content. "KING OF THE CON offers a glimpse inside the mind of one of the most notorious, over the top con men to ever exist and a very rare opportunity to hear, first-hand, from him exactly how he managed to defraud countless people over four decades."