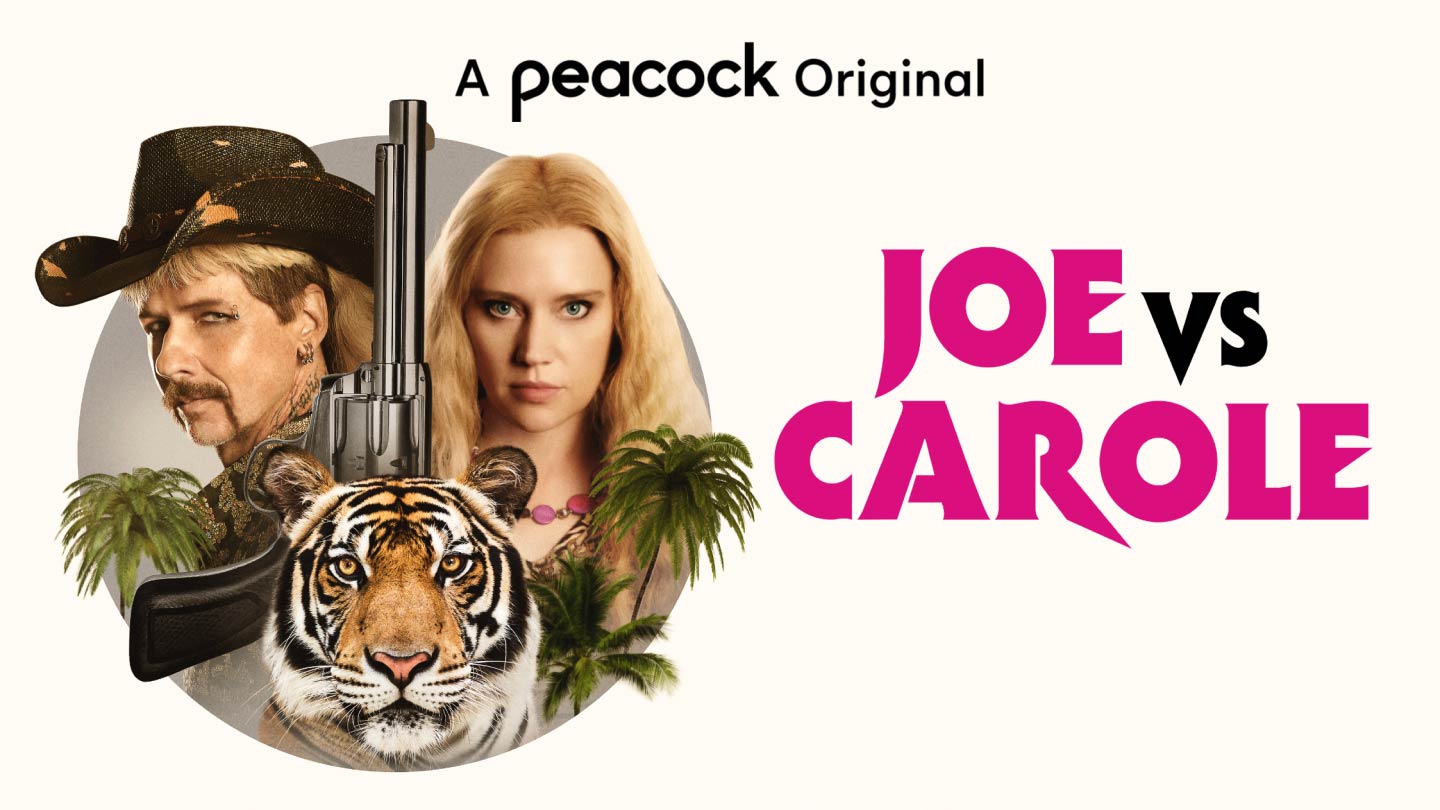 Based on the Wondery podcast "Joe Exotic," hosted and reported by Robert Moor, the limited series will center on Carole Baskin, a big cat enthusiast, who learns that fellow exotic animal lover Joe "Exotic" Schreibvogel is breeding and using his big cats for profit. She sets out to shut down his venture, inciting a quickly escalating rivalry. But Carole has a checkered past of her own and when the claws come out, Joe will stop at nothing to expose what he sees as her hypocrisy. The results prove dangerous.

A NOTE FROM ETAN FRANKEL

"JOE vs CAROLE is a wild ride. It's a fun and rich journey into the story of people who live very extreme lives. When I took on this project a year and a half ago, I found Joe Exotic and Carole Baskin to be utterly fascinating, and this crazy tale about two big cat lovers quickly became an important story for me to tell. I hope that when people watch JOE vs CAROLE just maybe they'll see these people that they thought they knew in a brand-new way. We knew it would take two extraordinary actors to portray these larger-than-life people as the complex, three-dimensional individuals that they are. John Cameron Mitchell is one of the most gifted and thoughtful actors I've ever worked with. He cares so deeply about the work, and his performance is breathtaking. And Kate McKinnon is simply remarkable. She is able to make us double over with laughter one moment and then break our hearts the next. It was an absolute thrill to watch these two exceptional actors morph into these roles."

· Produced By: UCP, a division of Universal Studio Group