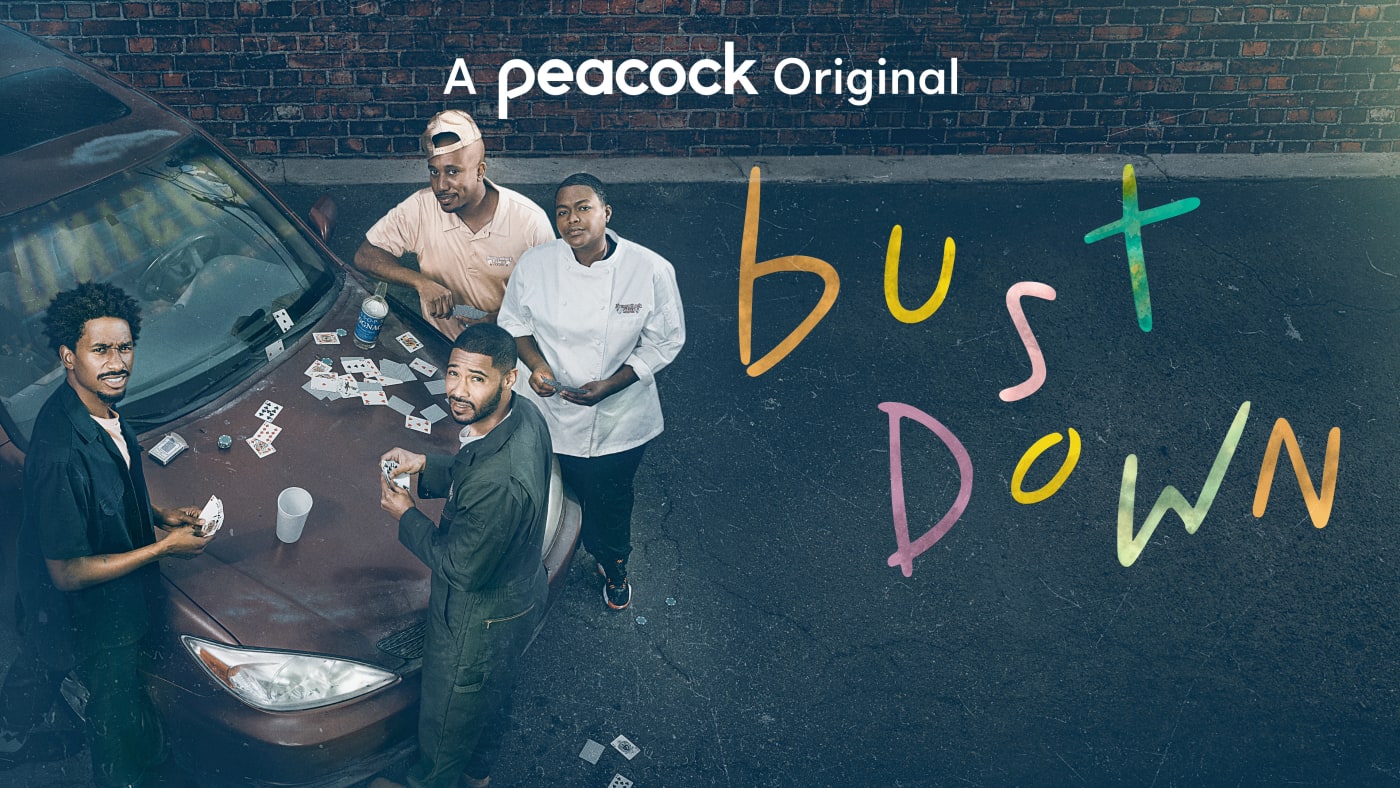 
Has Bust Down Season 1 been cancelled or renewed? When does Bust Down return in 2023/24? Bust Down? We have the very latest Bust Down cancel/renewal status and Bust Down premiere date:

BUST DOWN stars Jak Knight, Langston Kerman, Sam Jay and Chris Redd as four casino employees living dead-end lives with dead-end jobs in middle America, and the massive mess they manage to make out of it.

Produced By: Universal Television, a division of Universal Studio Group, in association with Broadway Video

QUOTES FROM THE CREATORS

Quote from Langston Kerman, Jak Knight, Sam Jay and Chris Redd re: Inspiration for the Trailer:

"We wanted the 'Bust Down' trailer to reflect the absurdity of the show. This isn't about warming hearts or giving voice to the voiceless. Our show is about finding comedy in the unimportant. Each episode these four characters escape societal pressures to strive and excel by digging themselves further into a metaphorical hole, which led us to this concept."

Quote from Langston Kerman, Jak Knight, Sam Jay and Chris Redd re: Inspiration for the Series:

"'Bust Down' is rooted in our friendship. Every character is a hyperbolic version of how we see each other, and every story is inspired by the bad choices we each naturally make out in the world. There aren't a lot of straight comedies right now where people truly go for jokes that are raunchy, irreverent, and complicated, and at its core that's what 'Bust Down' is all about. We believe true equality is being able to make a show about nonsense the same way white people have been doing forever. We just wanted to make something so fucking hilarious that it makes people laugh so much that they miss jokes and then have to circle back to watch again."