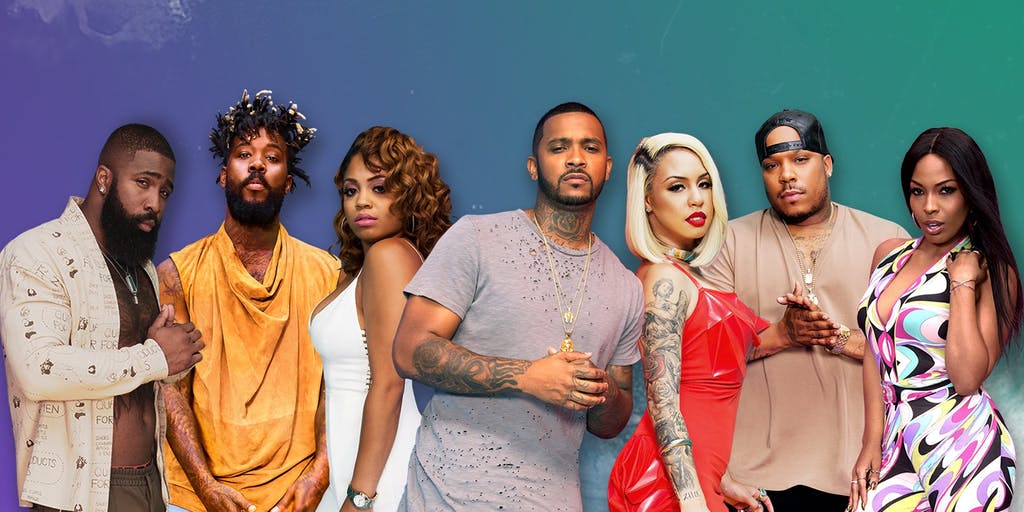 VH1 today announced that its hit series Black Ink Crew Chicago will make its long-awaited return on Tuesday, August 9 at 8PM ET/PT. This season follows the crew as they usher in a new era of the Chicago franchise and are learning how to navigate their altered landscape, in hopes of reaching increased heights of success. With an expanded crew back in the home of 9MAG, the team is positioned and ready for the next level and will either adapt or falter under the pressure.

Also catch the Black Ink Crew Chicago Watch Party on Tuesday, August 2 at 9PM ET/PT. The one-hour special will feature the Chicago crew for a fun and revealing gathering to discuss iconic show moments with few guest surprises along the way.

· Ryan is hitting the reset button, severing old ties and bringing new opportunities. After years of self-improvement, he is entertaining the idea of finding love again. Ryan is focused on the expansion of 9MAG and the elevation of his brand. However, in an unexpected turn, he is forced to make an unthinkable decision.

· Don is an entrepreneur, budding actor, renowned bodybuilder, and a family man, who has reached a whole new level of success. As the journey towards fame and fortune continues, he will have to work to balance his time-consuming business ventures and his family responsibilities.

· Phor is experiencing the challenges of co-parenting as a new father. He believes his days of finding true love are ahead of him and he is exploring his options, while still grinding away in the music scene and tapping into new business ventures.

· Miss Kitty is making the best of her time in Chicago by pursuing some new goals, with a project in London while doubling down on her tattoo apprenticeship in the states.

· After bringing home the victory for the Chi-town team in the Tri-City Tattoo Battle, Draya is reconsidering leaving Chicago and open to joining 9MAG, under Ryan's leadership. Forever in search of belonging, she discovers she may have a potential sister, which leads her into a journey of finding a family she never knew about.

· Prince is taking his talents from 2nd City Ink to 9MAG and working hard to ensure this big move is a successful one, while guiding his son and his nephew towards the right path.

· Black Ink Crew Chicago - The stakes couldn't be higher for our Chicago crew as they navigate a tumultuous and shaky future, in hopes of reaching new heights of success. The continuation of Season 7 brings forth absolutes, in which our cast members will either adapt to the "new normal" of the world or falter under the pressure. In the demanding city of Chicago, you are either your own champion or your worst enemy.

NEW YORK, NY (August 30, 2021) - VH1 today announced that its hit series Black Ink Crew: Chicago will make its highly-anticipated return on Monday, October 4 at 8PM ET/PT. This season follows the cast returning to normalcy after enduring a life-changing year and finding a renewed sense of purpose - growing from their past mistakes to form a stronger future.

Cast this season include:

After being forced to shut down the 9MAG shop for 3 months, Ryan is back and business is thriving - he's already contemplating an expansion. Through therapy, he continues to uncover why certain choices he makes tend to heavily impact the personal relationships in his life, as he undertakes a process of self discovery in order to help mend previous decisions.

Over the past year, Charmaine realizes that it is time for a change. She is ready to burst out the house and return to the Chicago scene by rebooting 2nd City Ink and reestablishing her professional relationships, all while having to struggle with loss within her family.

Don is on a constant journey of spiritual, mental and physical growth with the launch of a new business at the top of his goals list. However, an unexpected health scare could potentially put it all at risk.

Phor is proactively preparing for fatherhood and starting a family. While he is excited about welcoming his son into the world, he is also anxious about the idea of co-parenting.

During the lockdown, Miss Kitty returned to Washington, D.C. to be closer to family but is now ready to come back to Chicago and finally help 2nd City Ink realize its full potential as one of Chicago's top tattoo shops.

This season, as new artists emerge and familiar faces return, the crew strives to salvage the true identity of 9Mag. Ryan reclaims his throne as the shop's boss and Chicago's tattoo kingpin. He is also finally putting himself first professionally and personally after recently becoming single. Van is still wearing his 9Mag tattoo with pride and refuses to be excluded from the team. Charmaine tries to navigate life after Loyal Ink, but misses the excitement of the old crew. Don is repairing his marriage and stepping up as a leader in the shop. After making strides in his music career, Phor is hopeful about the future of 9Mag. Lily has a renewed focus on her work, but won't tolerate disloyalty.