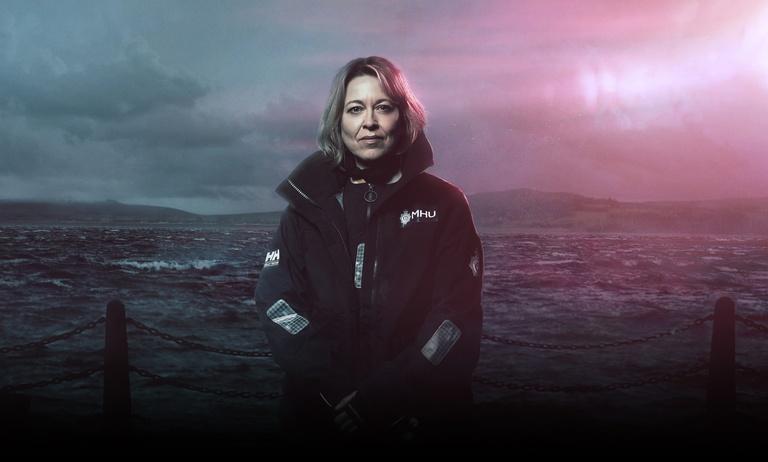 
Has Annika Season 2 been cancelled or renewed? When does Annika return in 2022/2023? Annika? We have the very latest Annika cancel/renewal status and Annika premiere date:

Nicola Walker said: “We are all looking forward to fighting crime on sea and land with the MHU for a second series and there are secrets closer to home for Annika that will have to be faced. It’s going to be a bumpy ride!”

Annika follows the sharp, witty and enigmatic DI Annika Strandhed (Walker), as she leads the specialist Marine Homicide Unit (MHU) that is tasked with investigating the unexplained, brutal, and seemingly unfathomable murders that wash up in the waterways of Scotland. Through the series, Annika makes the audience her confidante by breaking the fourth wall and sharing her wry observations on the case and her life, as she manages her brilliant yet unconventional team, and her equally brilliant yet complex teenage daughter.

Annika’s first series will have its broadcast premiere on MASTERPIECE in the USA on October 16th. MASTERPIECE executive producer Susanne Simpson says, “Nicola Walker absolutely owns the role of Annika, who comes across as smart, eccentric, and funny. She leads an extraordinary cast of characters who make this show unique.” MASTERPIECE is presented on PBS by GBH Boston.

The UKTV Original series has been commissioned by senior drama commissioner Philippa Collie Cousins with head of scripted Pete Thornton. The series is ordered by Alibi channel director Emma Ayech. Richard Watsham is director of commissioning for UKTV, and Adrian Willis is genre general manager for drama and lifestyle. Arabella Page Croft and Nicole Fitzpatrick are executive producers for Black Camel Pictures, and Kieran Parker is the series producer.

Philippa Collie Cousins said: “I’m thrilled to get the team back together on a second series of this refreshing, character led crime drama. Nicola has such an authentic approach, she brings the character of Annika to life in a unique way and, by breaking the fourth wall with conviction and wit, she adds both real depth and laugh out loud moments. The first series stole the audience’s hearts, and the second series will too!”

Emma Ayech added: “The response to this series has been incredible – Alibi viewers have really embraced the dry humour of Nick Walker’s original series. We are thrilled to be bringing the wonderful Nicola Walker and the whole Annika team back for a second series. I can’t wait for the Alibi audience to step back into Annika’s world once again.”

Arabella Page Croft, Black Camel Pictures, said: “The new series will see Annika and her brilliant MHU uncover bodies in Edinburgh, Glasgow and as far as the Hebridean island of Jura, keeping in high literary company with the likes of Robert Louis Stevenson, George Orwell and Walter Scott to help solve the cases. Nick Walker is again at the helm, so this series promises more twisty crimes and grisly reveals while delving into our exciting serial hooks from the first series.”

David Swetman, SVP content and commercial strategy at All3Media International commented: “We are delighted to be setting sail with our brilliant partners UKTV, Black Camel Pictures and MASTERPIECE for a second series of Annika. A compelling, unique detective drama, Annika is an exciting addition to our bestselling sleuth/detective slate, and we’re thrilled the first series has already sold to such a number of renowned international partners – it’s a testament to the hard work of the whole Annika team. I’m excited for audiences to see the new cases and adventures we have in store for series 2.”

A police procedural with wit, Annika delighted critics during its recent UK broadcast. “The dialogue is so droll and the performances so charming I’m in for what fisherfolk call the long haul,” enthused the reviewer for The Guardian (UK) and The Times (UK) offered this praise, “Annika allows Walker to let loose a warm sense of humor.”

Annika’s six suspenseful episodes will have a special premiere on PBS Passport, an added member benefit which provides extended access to a digital, on-demand library of PBS programs, and the PBS MASTERPIECE Prime Video Channel on April 17, 2022.