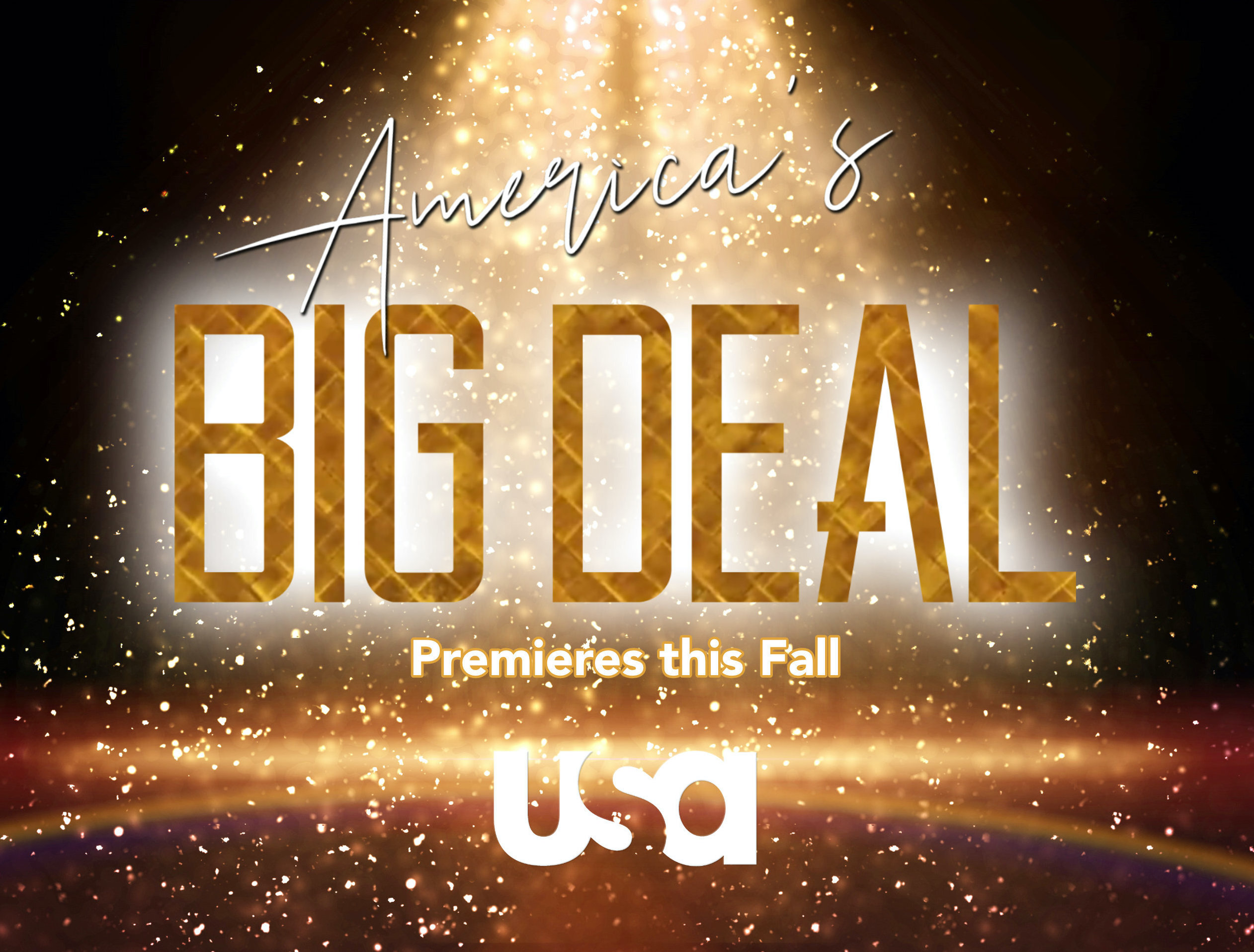 From One of America's Most Celebrated Entrepreneurs, Innovative Series Features Panel of Retailers Who Will Offer a Life-Changing Deal to the Entrepreneur with the Most Live Sales

NEW YORK - Sept. 13, 2021 - See the American dream in action on USA Network's new LIVE competition series "America's Big Deal" from world-renowned inventor and entrepreneur Joy Mangano. With a mission to lift up America's greatest small businesses and inventors, this groundbreaking first-of-its-kind series invites entrepreneurs from across the country to sell their products live on-air to home viewers through One Platform Commerce @ NBCU.

Each week entrepreneurs will take the stage for a three-minute product pitch and the person with the most live sales throughout the episode will win the chance to strike a life-changing deal with one of the show's retail giants. Premiering Thursday, Oct. 14 at 9 p.m. ET/PT on USA Network, "America's Big Deal" will be hosted by Emmy Award-nominated "Access Hollywood" journalist Scott Evans and will empower audiences to shop live using ShoppableTV and NBCUniversal Checkout to turn entrepreneurs' dreams into reality. For a sneak peek, visit:

In each episode of "America's Big Deal," the at-home audience will meet four budding entrepreneurs who, after facing a challenging year for small businesses, are eager to sell their ingenious, ready-made products live in primetime via One Platform Commerce @ NBCU. Knowing a big purchase order is on the line for the entrepreneur who makes the most live sales, these inventors will prepare bold and innovative product pitches unlike anything seen before in the traditional television shopping landscape. By purchasing their favorite products each week, viewers will take an active role in deciding which entrepreneur will win the night and stand before the panel of retail titans to field what will be life changing deals.

At the top of each episode, viewers will be prompted to participate in the upcoming shoppable competition experience in three easy steps: first, scan the ShoppableTV code that appears on-screen, shop your favorite products, and then complete your purchase seamlessly with NBCUniversal Checkout.

The heart of and mastermind behind "America's Big Deal" is the nation's most celebrated female inventor and entrepreneur, Joy Mangano, who is making it her personal mission to lift up America's greatest inventors and small businesses to give them the same opportunity that launched her business dynasty. With more than 25 years of experience, Joy is one of the most successful product inventors of today, having created and sold more than $3 billion worth of product to American consumers to date. Trusted by millions for reinventing clean with game-changing products designed to make life better and brighter, Joy created and launched the first-ever self-wringing Miracle Mop in the early 1990's and has launched her latest product line, CleanBoss by Joy, a suite of award-winning cleaning essentials that tackle germs in a whole new way. Dispelling myths and breaking barriers every day, she was one of the first in her field to harness the power of TV to connect and communicate with her customers, and today is one of the most trusted and influential voices in the TV shopping industry. Joy's journey inspired the Academy Award-nominated film "Joy," starring Jennifer Lawrence as Joy.