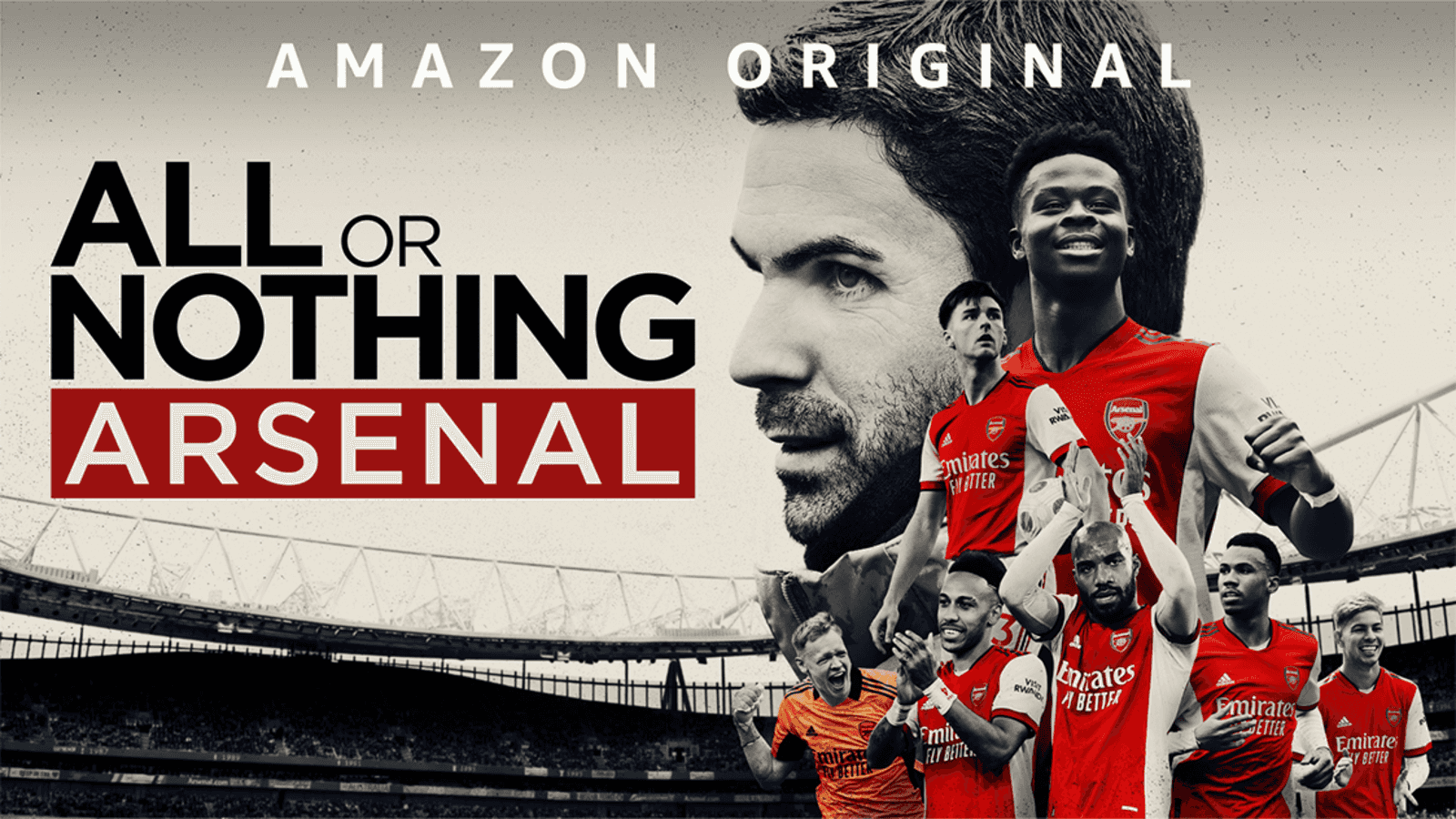 All or Nothing: Arsenal Premiere Date/Status

All or Nothing: Arsenal SEASON 1 Premiere Date Set On Amazon Prime Video


All or Nothing: Arsenal TV Series Information

rime Video today released the official trailer for the highly anticipated Amazon UK Original documentary series All or Nothing: Arsenal, which will launch exclusively on Prime Video in over 240 countries and territories with the first three episodes on Thursday 4th August.

New episodes in the eight-part docuseries will launch each week through Thursday, August 18th and tell the inside-story of Arsenal's rollercoaster 2021/22 season. The full episode release schedule is as follows:

All or Nothing: Arsenal will take viewers behind the curtain during a crucial season at one of the world's biggest football clubs, as Arsenal focus their efforts on challenging for domestic success and returning to elite European competition. As well as capturing the highs and lows of life at the Emirates Stadium and the Arsenal Training Centre, the All or Nothing cameras will follow Arsenal's squad away from the pitch to examine the daily challenges faced by elite athletes throughout a demanding calendar of high-pressure competition.

Earlier this year, Prime Video also revealed that the Academy Award- and BAFTA Award-winning actor and Arsenal fan Daniel Kaluuya (Judas and the Black Messiah) will narrate the upcoming docuseries.

All or Nothing: Arsenal is produced by 72 Films, executive produced by Mark Raphael, Clare Cameron and three-time BAFTA winner John Douglas.

The series follows the global success of All or Nothing: Tottenham Hotspur and All or Nothing: Manchester City and joins Prime Video's growing line-up of sports content which includes documentaries such as Rooney, The Pogmentary, Sir Alex Ferguson: Never Give In, Take Us Home: Leeds United, Inside Borussia Dortmund, When Eagles Dare, Andy Murray: Resurfacing and The Test. Prime Video also offers a wide selection of live sport for Prime members globally, including Premier League football in the UK, US Open, ATP and WTA Tour tennis in the UK and Ireland, Ligue 1 football and Roland-Garros tennis in France, UEFA Champions League football in Germany and Italy, Thursday Night Football in the United States, New Zealand Cricket in India and more.