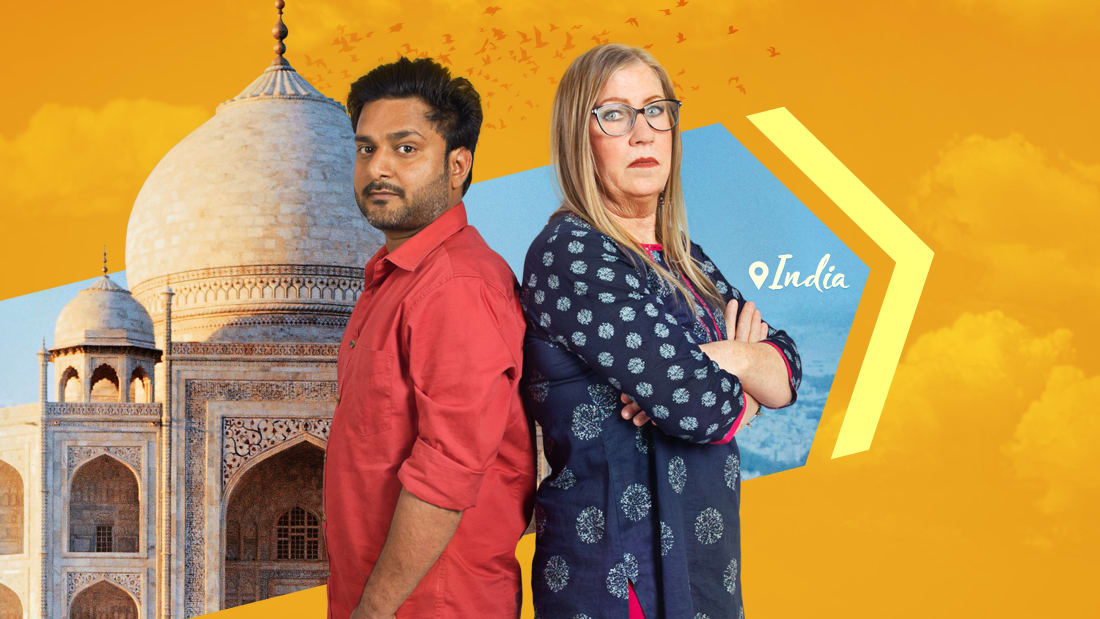 90 Day Fiance: The Other Way SEASON 4 Renewed On TLC

TLC'S "90 DAY FIANCÉ: THE OTHER WAY" RETURNS WITH SIX COUPLES

(Los Angeles, CA) - A new season of the hit series 90 DAY FIANCÉ': THE OTHER WAY returns in January as Americans pack their bags to go all in on love. In season four, viewers will be introduced to many new couples, some who have never met in person but plan to marry within a matter of days. Will expectations be met or will couples be left with regret?

Jen (Oklahoma) & Rishi (India): After meeting in a hotel lobby on a trip to India, Jen took a hard pass on Rishi. Fast forward a month, she said yes to his marriage proposal. Rishi is facing a lot of pressure from his family as they want to set up an arranged marriage and to make matters more complicated, they have no idea about his relationship with Jen.

Kris (Alabama) and Jeymi (Colombia): Kris has faced many challenges in her life but has now built a strong foundation for her family in the US. She risks everything to move to Colombia to marry Jeymi, who she has never met in person. The clock is ticking with their wedding planned for just days after Kris arrives in Colombia.

Nicole (California) and Mahmoud (Egypt): Nicole met Mahmoud in a fabric store on her last day of a spiritual tour through Egypt. On that very first day he proposed. Nicole traveled back to Egypt three weeks later to get married, without informing her family and friends until after the fact. Now, she's ready to go all-in on her move to Egypt, but Nicole worries that some cultural differences may be too big to overcome.

Daniele (New York) and Yohan (Dominican Republic): Fresh from 90 Day Fiancé: Love in Paradise, this couple is no stranger to the struggles of living separate lives in different countries. Now Daniele is leaving her home and job in NYC in an effort to convince Yohan to make the Dominican Republic their forever home.

Gabriel (Florida) & Isabel (Colombia): Gabe is a budding entrepreneur who travels to Colombia for work. He meets Isabel who accepts him for who he is, a transgender man. As their relationship fortifies, so do their fears of acceptance.

Debbie (Georgia) & Oussama (Morocco): They connected through a love of art and despite Debbie being 43 years his senior, fell in love because their souls connected. Debbie is packing her bags to spend the rest of her life in Morocco with Oussama. Although she faces skepticism from her family, Debbie is going in with her eyes and heart wide open.

90 DAY FIANCÉ: THE OTHER WAY is produced by Sharp Entertainment, a part of Sony Pictures Television, for TLC.