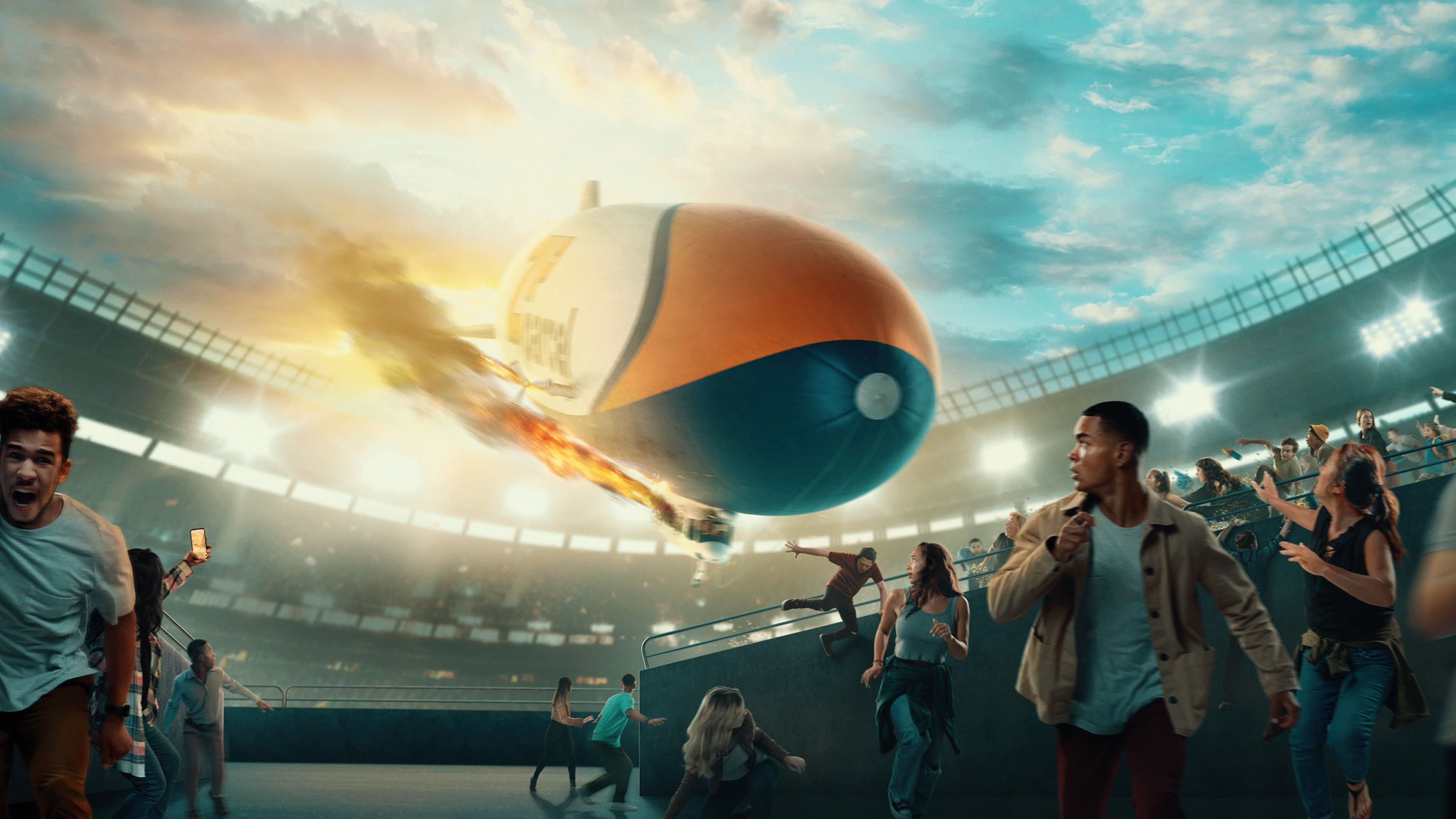 Fall's #1 drama series on television, 9-1-1, starring Angela Bassett, Peter Krause and Jennifer Love Hewitt, returns for its spring premiere with all-new rescues beginning Monday, March 21 (8:00-9:00 PM ET/PT), followed by all-new episodes of 9-1-1: LONE STAR, for a night of saving lives. In the fall finale of 9-1-1, Eddie (Ryan Guzman) was at a crossroads and his future with the 118 was unclear. When the series returns this spring, Athena (Bassett) , Bobby (Krause) and the 118 "speed" to the rescue to save a family whose pick-up truck has been rigged with a pipe bomb which will detonate if the vehicle slows under 55 miles an hour. Meanwhile, Eddie has a rough transition into his new job, Buck (Oliver Stark) makes an impulsive relationship decision and the 118 welcome two new members to the team. 9-1-1 is produced by 20th Television in association with Ryan Murphy Television and Brad Falchuk Teley-Vision. Ryan Murphy, Brad Falchuk and Tim Minear are creators, executive producers and writers on the series. Bradley Buecker is an executive producer and director on the series. Alexis Martin Woodall, Angela Bassett, Peter Krause, John J. Gray, Kristen Reidel and Juan Carlos Coto also serve as executive producers.

FOX's #1 drama, 9-1-1, and last season's #1 new scripted series, 9-1-1: LONE STAR, will have their back-to-back season premieres on Monday, Jan. 18. Creators Ryan Murphy, Brad Falchuk and Tim Minear reenergize the procedural drama with 9-1-1 and the first extension of its universe, 9-1-1: LONE STAR, set in Austin, TX. Both series explore the high-pressure experiences of police officers, firefighters and dispatchers who are thrust into the most frightening, shocking and heart-stopping situations. These emergency responders must try to balance saving those who are at their most vulnerable with solving the problems in their own lives. The fourth season premiere of 9-1-1 (8:00-9:00 PM ET/PT) kicks off with another jaw-dropping signature disaster that only Los Angeles' finest and fearless first responders can handle. After a devastating 8.0 earthquake and coastal tsunami wreaked havoc in the city, what could possibly be next? Meanwhile, among the chaos, Athena (Angela Bassett) is determined to put her physical and emotional injuries behind her and jump back into the job, as Maddie (Jennifer Love Hewitt) and Chimney (Kenneth Choi) prepare for the birth of their baby, and Buck (Oliver Stark) delves into his past to help deal with his present. The series also stars Peter Krause, Aisha Hinds, Ryan Guzman, Rockmund Dunbar, John Harlan Kim, Corinne Massiah, Marcanthonee Reis and Gavin McHugh. 9-1-1 is produced by 20th Television in association with Ryan Murphy Television and Brad Falchuk Teley-Vision. Ryan Murphy, Brad Falchuk and Tim Minear are creators and executive producers. Alexis Martin Woodall, Bradley Buecker, John J. Gray, Kristen Reidel, Angela Bassett and Peter Krause are executive producers. Minear and Reidel serve as co-showrunners on the series. Buecker directed the series premiere and continues to direct episodes of the series.

9-1-1 is a fast-paced exploration into the lives and careers of first responders – cops, paramedics, firefighters – the people who put their lives on the line to save others.

FOX has renewed its top-rated drama series, 9-1-1 and 9-1-1: LONE STAR, from creators and executive producers Ryan Murphy, Brad Falchuk and Tim Minear, for the upcoming 2020-2021 television season, it was announced today by Michael Thorn, President of Entertainment, FOX Entertainment. The series renewals allow 9-1-1 to enter its fourth season and 9-1-1 LONE STAR to return for a second season. "9-1-1 and 9-1-1: LONE STAR are truly two of the strongest and most thrilling dramas on broadcast television, as well as being centerpieces for FOX Entertainment," said Thorn. "Creators Ryan Murphy, Brad Falchuk and Tim Minear, as well as their incredible teams of writers, directors, casts and entire crews, make jaw-dropping, edge-of-your-seat magic in every episode. From Los Angeles earthquakes and tsunamis to Texas-sized tornados and bucking broncos, both shows deliver incredible spectacle with strong, identifiable characters you care about week to week. We eagerly look forward to many more thrilling rescues in both series, which help honor this country's brave first responders, as well as those around the world." Season-to-date, 9-1-1 is FOX's most-watched series of the season, with a Total Multiplatform average audience of 16 million viewers, up +139% from its Live + Same Day average. The series ranks among the season's Top Three entertainment series overall among Adults 18-49, placing among the Top Five with Adults 18-34. 9-1-1 is the season's #2 drama among Adults 18-49, Adults 25-54, Adults 35-49 and all key male demos, and ranks #1 with Teens. 9-1-1: LONE STAR is this season's #1 new series among Adults 18-49 (tie with FOX's LEGO MASTERS) and the #2 most-watched new series. With a Total Multiplatform average audience of 12.3 million viewers, 9-1-1: LONE STAR garners a +97% lift from its Live + Same Day delivery. 9-1-1: LONE STAR's premiere (3.8/18 L7) is this season's #1 debut and the #1 scripted debut since Fall 2018. Additionally, its debut is the season's highest-rated entertainment telecast among Adults 18-49 (excluding post-Super Bowl and award shows).