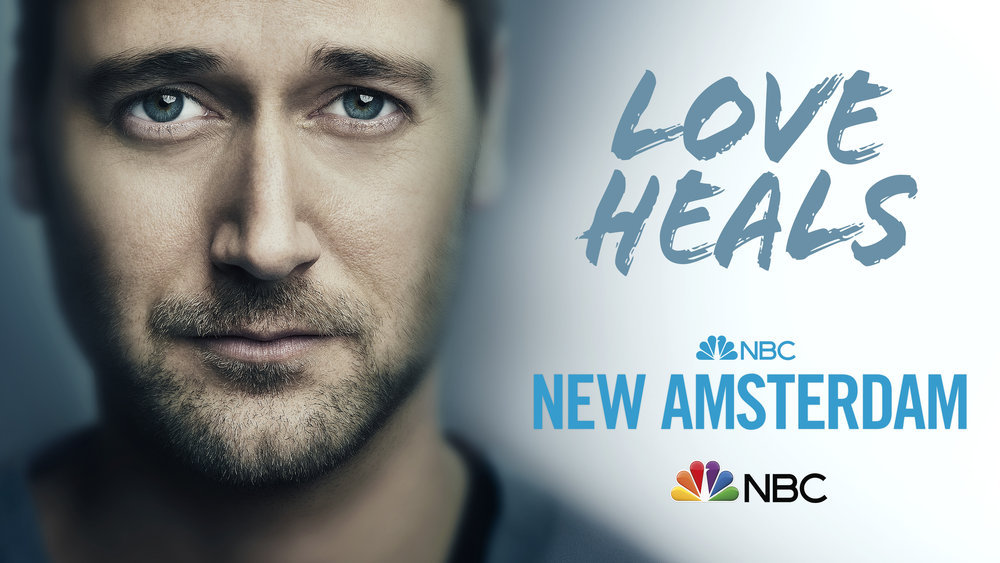 NBC's New Amsterdam ending after Season 5. Fifth and last season set to release in the 2022-23 season.

“The story of Max Goodwin, and his never-ending commitment to patients at New Amsterdam, has been inspiring. We’re so grateful to David Schulner, Peter Horton, and our cast and crew for their incredible dedication, talent and collaboration. When I first read the pilot script for New Amsterdam, I knew we had a winner. We cheered Max’s disruption of the status quo and applauded when he asked his patients the simple yet profound question, ‘How can I help?’. Over the last four seasons, David, Peter and our incredible cast have tackled important and thought-provoking stories that have touched on the human condition, but also made us laugh and imbued hope. We’re so proud of this series and are indebted to everyone involved in bringing New Amsterdam to life. Bravo!” - NBCU

· "New Amsterdam" averaged a 3.3 in the 18-49 demo and 13.8 million in total audience measurement and reached 45 million viewers over the course of its last season.

· When Dr. Max Goodwin (Ryan Eggold) took over New Amsterdam, he asked a simple, revolutionary question: "How can I help?" In season three, Max and his team face the daunting task of sustaining that optimism while dealing with a pandemic that exposed the gaping inequities in our health care. Max is no longer content to fix a broken system. He's determined to tear it down and build something better.

NBC's hit drama series "New Amsterdam" has been renewed for three years, through the 2022-23 season.

So far this season "New Amsterdam" is averaging a 1.7 rating in adults 18-49 and 9.8 million viewers overall in "live plus seven day" Nielsens, to dominate the Tuesday 10-11 p.m. demo race. Compared with its next-day "live plus same day" results, "New Amsterdam is adding 4.6 million viewers in L+7, for the third biggest lift on television and second biggest for an NBC series.

Inspired by the oldest public hospital in America, this unique medical drama follows the brilliant and charming Dr. Max Goodwin, the institution's newest medical director, who sets out to tear up the bureaucracy and provide exceptional care. How can he help? Well, the doctors and staff have heard this before. Not taking "no" for an answer, Dr. Goodwin must disrupt the status quo and prove he will stop at nothing to breathe new life into this understaffed, underfunded and underappreciated hospital - the only one in the world capable of treating Ebola patients, prisoners from Rikers and the president of the United States under one roof - and return it to the glory that put it on the map.