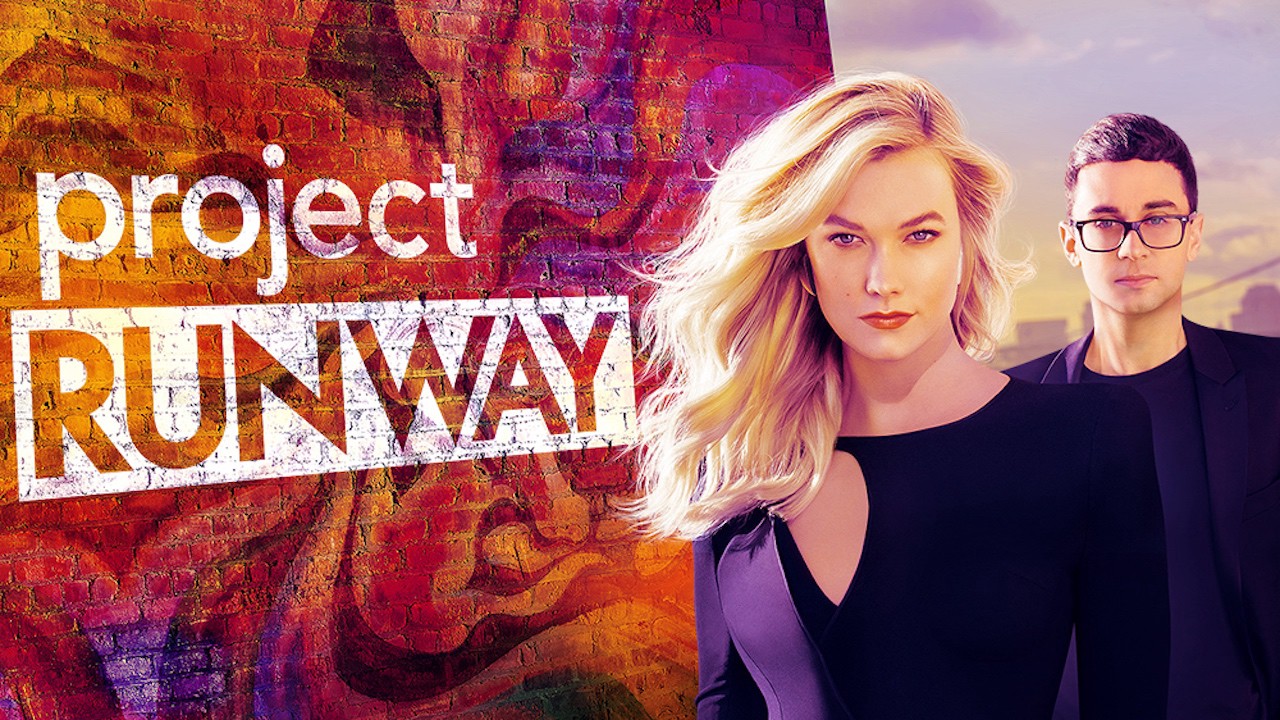 NEW YORK IS BACK, AND SO IS FASHION WHEN BRAVO'S "PROJECT RUNWAY" RETURNS ON THURSDAY, OCTOBER 14, AT 9PM ET/PT

NEW YORK - August, 27, 2021 - Fashion returns to New York City when Bravo's Emmy-winning competition series "Project Runway" premieres on Thursday, October 14, at 9pm ET/PT. Returning mentor Christian Siriano, along with judges Nina Garcia, Brandon Maxwell, and Elaine Welteroth, takes on 16 new designers from across the United States and abroad, each ready to prove they have what it takes to show a collection at New York Fashion Week and be the next great name in fashion. Each 90-minute episode will test the contestants' creativity and technique with challenges such as producing a "hauntingly" chic look, an avant-garde look from faux fur, an unconventional cocktail dress with a twist, and in a Project Runway first, the ultimate "Real Housewives" reunion outfit for women from "The Real Housewives of Orange County," "The Real Housewives of New York City," and "The Real Housewives of Potomac." Runway shows are taken to new heights at cultural destination Lincoln Center and the beautiful hidden gardens at Rockefeller Center. Additionally, in the custom digital series "Project Runway Redemption," which premieres on Thursday, September 9, with new episodes airing every week until the "Project Runway" premiere, alums from "Project Runway" seasons 17 and 18 go head to head for a chance to win $25,000. For a sneak peek, visit: https://www.bravotv.com/project-runway/season-19/videos/your-first-look-at-season-19-of-project-runway

The winning designer will receive the grand prize of $250,000 supplied by Pilot FriXion Erasable Pens, returning for its third season as the Official Pen of "Project Runway." Exclusive makeup and hair care partners Maybelline New York and TRESemmé are back for another season of cutting-edge runway looks, this time putting the contestants to task. The designers will compete in a challenge spotlighting TRESemmé's Future Stylists Fund, which offers education grants and career opportunities to aspiring Black female hair stylists, as well as a Maybelline challenge set at Rockefeller Center aligning with Maybelline's Sky High Mascara. New this season is a Visa-sponsored challenge spotlighting New York City small-accessory businesses and the economic recovery of the city, in which the winning designer team will win $25,000 to further their own small business.

Catch up on "Project Runway" next day on Peacock.

Network to Begin Production This Spring

· Production for the next season of Bravo's "Project Runway" will commence this Spring in New York City.

---
BRAVO STRUTS DOWN THE CATWALK WITH A NEW SEASON OF "PROJECT RUNWAY" STARTING THURSDAY, DECEMBER 5 AT 9:30PM ET/PT

NEW YORK - October 9, 2019 - Bravo's Emmy-winning competition series "Project Runway" returns for another season of high stakes and fierce fashions on Thursday, December 5 at 9:30pm ET/PT. Sixteen new hopefuls are ready to take the runway by storm and make fashion history. Host Karlie Kloss is back, along with Christian Siriano as the mentor and returning judges Nina Garcia, Brandon Maxwell, and Elaine Welteroth, to decide who has what it takes to make it in this industry. Each 90-minute episode will feature the return of some fan-favorite elements, including the "Siriano Save," in which Christian has the opportunity to bring one eliminated designer back into the competition, and the pièce de résistance, a chance to present a final collection at New York Fashion Week. Gotham remains a main character for this fashion adventure for challenge reveals and runway shows with iconic locations such as the famous TWA Hotel at JFK, The Vessel at Hudson Yards, and Bergdorf Goodman. In addition, the groundbreaking series continues to shine a light on the evolution of fashion and inclusion by featuring a variety of sexual preferences, racial backgrounds and ages including a nonbinary model and a trans model, a "Dreamer," and the oldest designer ever to compete on "Project Runway." Challenging fashion norms, the designers are tasked with creating functional outfits for Olympians and Paralympians, as well as turning donated garments from Goodwill of NY into high fashion wear. For a sneak peek, please visit: https://www.bravotv.com/project-runway/season-18/videos/your-first-look-at-project-runway-season-18

In the premiere of "Project Runway," the competition begins with some twists right out of the airport gate. With luggage still in tow, the designers are greeted at the iconic TWA Hotel at JFK airport ready to take flight with their first challenge: to create an innovative look inspired by humanity's continued push into space exploration. In a "Runway" first, these unfamiliar designers have to pair up and collaborate to make cohesive pieces that blow away the judges or they are out. Fans will also get a chance to own a piece of the designer creations when they vote on the outfits they like best. Both the judges' winning look and a fan-favorite look will be manufactured in the USA by Nineteenth Amendment, a production platform producing sustainable clothing on-demand, and sold on Bravotv.com/ProjectRunway.

Maybelline and TRESemmé return as the exclusive makeup and hair care partners to bring to life the glamorous looks that will define the runway. Brother will once again outfit the state-of-the-art workroom with its innovative sewing and embroidery machines for contestants to create their showstopping pieces. With the return of the inventive Pilot FriXion Erasable Gel Ink Pens, aspiring designers have the creative freedom to bring their sketches to life. To celebrate Universal Pictures' new film Cats (in theaters Dec. 20), designers will compete to create a chic street look that puts a new spin on the timeless trend of animal prints.

"Viewers who can't get enough of "Project Runway" can tune into "Project Runway after show" and "Viewer Verdict," two digital series available on BravoTV.com and brought to you by TRESemmé and Maybelline, respectively."

The winning designer will take home a $250,000 grand prize courtesy of Bluprint, the digital destination for makers and the official DIY partner of "Project Runway," a feature in ELLE magazine, the chance to be featured in a Bluprint digital series, $50,000 compliments of returning sponsor Pilot, and a career-changing mentorship with the CFDA (Council of Fashion Designers of America).

Last season, Bluprint awarded the winning designer Sebastian Grey his own original digital series along with $50,000 to put toward a design studio. The series "Fashion Sewing with Sebastian Grey" will offer lessons on making a bespoke skirt and will stream on the Bluprint digital platform and app in conjunction with the "Project Runway" season premiere.