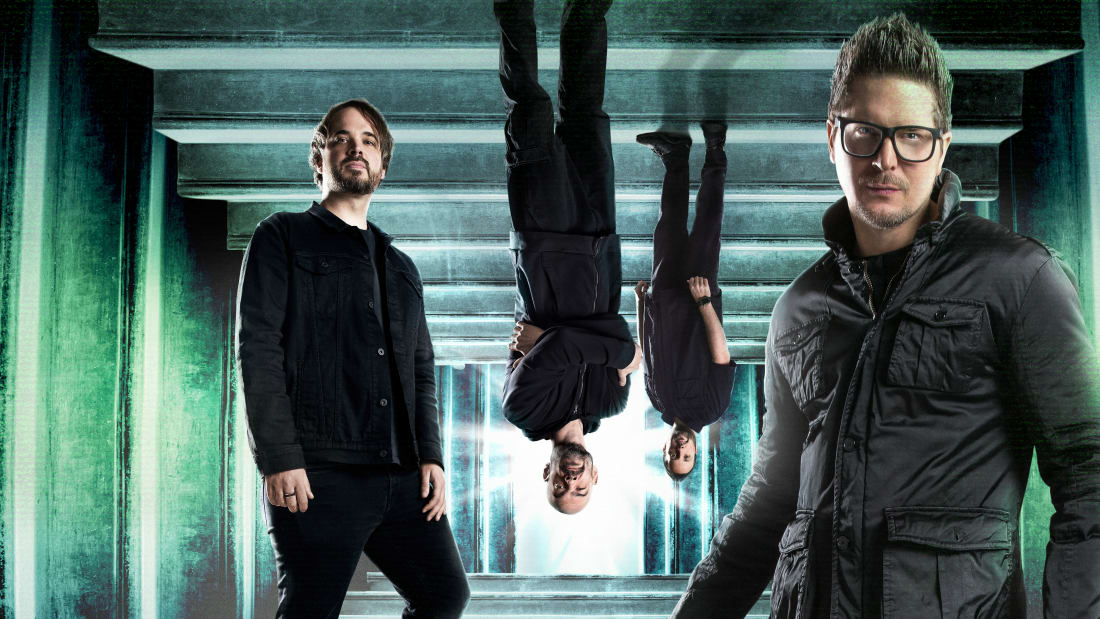 Team Locks Down Inside the Real-Life Home That Inspired the Iconic Conjuring Films During Two-Hour Halloween Event
NEW YORK (July 22, 2019) – Zak Bagans and the “Ghost Adventures” team – Aaron Goodwin, Jay Wasley and Billy Tolley – investigate iconic locations that are hotbeds of creepy and unnerving hauntings in all-new October specials that will air during Travel Channel’s “Ghostober” event, which features 31 days of spine-chilling premieres.

The four-part miniseries, “Ghost Adventures: Serial Killer Spirits,” tackles the question: does evil linger? Exploring haunted locations associated with infamous serial killers, the team seeks to document whether malicious energy has been left behind by these sadistic killers and their evil acts.

A two-hour Halloween special, “Ghost Adventures: Halloween 2019” (wt), takes the team to Rhode Island for an unforgettable lockdown inside the real-life home that inspired the iconic horror film, The Conjuring. The home’s hauntings were also made famous by renowned paranormal investigators Ed and Lorraine Warren.

“I’ve investigated a lot of places, but these locations are absolutely terrifying on a whole other level,” said Bagans. “To walk in the same footsteps as these serial killers, where some of the most notorious acts of evil were committed – it severely affects you. The residual energy alone is palpable. And the real-life house that inspired the Conjuring movies – I’m speechless! That has a been a dream of mine to investigate for years and I can’t believe it’s finally happening. It’s beyond legendary. I can’t wait for viewers to experience this terrifying adventure with us.”

Zak Bagans, Aaron Goodwin, Billy Tolley and Jay Wasley embark on a terrifying cross-country journey to document if evil energy lingers within the infamous locations associated with America’s most notorious serial killers. As they delve into each case, they will retrace the killer’s steps, visit known hangouts and speak with leading experts to gain insight on why these sociopaths committed their evil acts. Every Saturday throughout October, viewers will follow the “Ghost Adventures” crew as they investigate locations such as killer clown John Wayne Gacy’s prison cell, HH Holmes’ murder house and the Squirrel Cage Jail, which housed the vicious Jake Bird. The crew will also study the Anson Call House, an abandoned building that many believe has ties to Ted Bundy’s terror spree during the 1970s.

A special Halloween episode of “Ghost Adventures” will petrify viewers as the crew investigates the home of the notorious Perron family, whose horrifying hauntings were portrayed in the film, The Conjuring. The Rhode Island home is one of the most terrifying places in the world and has also been made famous by the work of renowned paranormal investigators Ed and Lorraine Warren, who were called in to help by the Perron family. The Ghost Adventures crew is ready to confront the potentially dangerous consequences of investigating the infamous house.