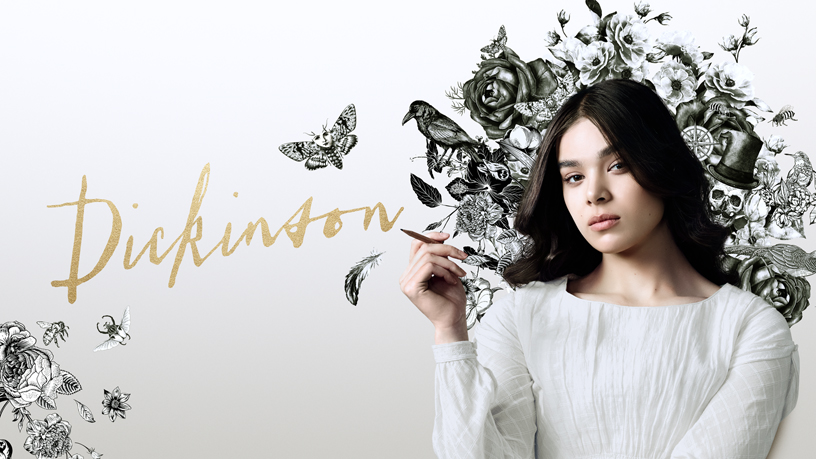 Has Dickinson Season 3 been cancelled or renewed? When does Dickinson return in 2021/2022? Dickinson? We have the very latest Dickinson cancel/renewal status and Dickinson premiere date:

Apple TV+ today announced that the third and final season of "Dickinson," the critically acclaimed Apple Original comedy series, will make its global debut on Friday, November 5, 2021, on Apple TV+. Created, written and executive produced by Alena Smith, who also makes her directorial debut, and starring Academy Award-nominee Hailee Steinfeld, who also executive produces, the 10-episode third season will premiere with the first three episodes, followed by one new episode weekly every Friday thereafter through December 24, 2021.

"When I set out to make 'Dickinson,' I envisioned the show as a three-season journey that would tell the origin story of America's greatest female poet in a whole new way, highlighting Emily's relevance and resonance to our society today. In my wildest dreams, I could never have imagined how rich and satisfying the experience of making this show would become, and the incredible joy it has been to tell Emily's story along with Hailee and our brilliant, passionate cast and crew. I can't wait to share our epic final season with the world, and to bring our audience along with us to the conclusion of Emily's coming-of-age saga, as she continues to fight for her own poetic truth, while reckoning with so many of the issues that face us now. Thank you to Hailee Steinfeld and our entire Dickinson team for making this such an unforgettable creative journey. I'm grateful for my partnership with Apple and can't wait to continue telling more original stories with them in the years ahead."

In the third season, Emily Dickinson's most productive time as an artist falls amid the raging American Civil War and an equally fierce battle that divides her own family. As Emily tries to heal the divides around her, she wonders if art can help keep hope alive, and whether the future can be better than the past.

Starring alongside Steinfeld in the third season of "Dickinson" are returning ensemble cast members Toby Huss, Adrian Blake Enscoe, Anna Baryshnikov, Ella Hunt, Amanda Warren, Chinaza Uche, and Jane Krakowski, as well as world renowned rapper, singer, and songwriter, Wiz Khalifa, who will join the show once again as the character of 'Death.' The third season will also feature brand new guest stars including Ziwe as 'Sojourner Truth,' who also joined as a writer, Billy Eichner as 'Walt Whitman,' and Chloe Fineman as 'Sylvia Plath;' as well as returning favorites Zosia Mamet as 'Louisa May Alcott' and Will Pullen as 'Nobody.'

Since its global debut, "Dickinson" has earned a Peabody Award and a GLAAD Media Award nomination following its first season, and Hailee Steinfeld was recently nominated by the Hollywood Critics Association for the inaugural HCA TV Awards in the Best Actress in a Streaming Series, Comedy category.

Fame is calling. Will she answer? Watch Dickinson Season 2 January 8 on the Apple TV app with an Apple TV+ subscription. https://apple.co/_Dickinson

“Dickinson” will return for its second season on Friday, January 8, 2021, exclusively on Apple TV+.

The acclaimed Peabody Award-winning Apple Original comedy series “Dickinson” will officially return for its second season on Friday, January 8, 2021, exclusively on Apple TV+. Apple today released a first look at season two, and announced that the series has scored an early renewal for a third season.

Created, written and executive produced by Alena Smith, and starring Academy Award and Golden Globe Award nominee Hailee Steinfeld, who executive produces, the second season of “Dickinson” will premiere globally on Apple TV+ with the first three episodes on January 8, 2021, followed by new episodes weekly, every Friday. In the second season, Emily Dickinson (Steinfeld) is pulled out of her private literary life and thrust into the public eye, while struggling with the sense that the pursuit of fame might be a dangerous game for her to play.