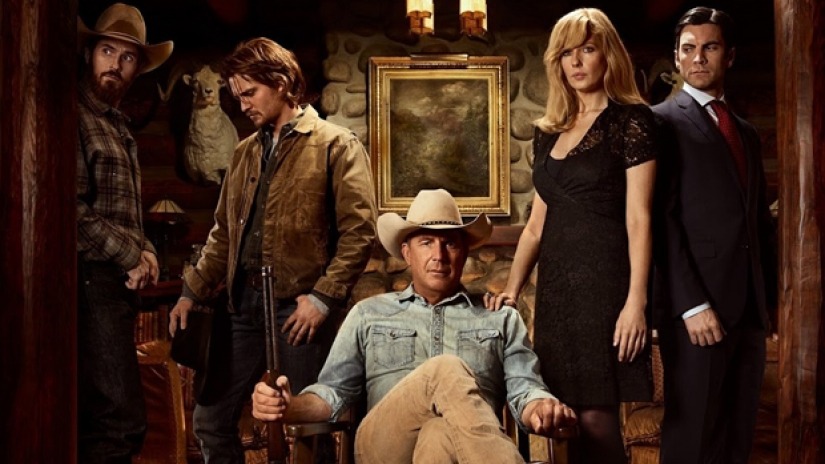 Paramount+ to Premiere Mayor of Kingstown on Sunday, November 14 and 1883, the Yellowstone Prequel, on Sunday, December 19

With 101 Studios serving as production partner on all series, the projects are part of Yellowstone co-creator Taylor Sheridan's overall deal with MTV Entertainment Group and ViacomCBS

"Our strategy is to make Yellowstone, the massive # 1 hit with more than 10 million fans, into a global hit franchise under the incredible creative vision of Taylor Sheridan's world building storytelling," said Chris McCarthy, President and CEO, MTV Entertainment. "These new series will debut on Paramount+ and have special premiere day sneak episodes behind Yellowstone introducing this huge audience to these new stories, allowing us to leverage our linear platforms to fuel the growth of Paramount+ which will stream each series exclusively after episode two."

"Mayor of Kingstown and 1883 are perfect examples of the types of prestige dramas we are focused on bringing to Paramount+," said Tanya Giles, Chief Programming Officer, ViacomCBS Streaming. "Taylor Sheridan is an exceptional talent and we are thrilled to be expanding his portfolio of series within the ViacomCBS family. With the special simulcast event of both series on Paramount Network, we will be further tapping into the scale and reach of ViacomCBS to bring audiences to Paramount+."

"We are thrilled to present these shows as part of this newly established Taylor Sheridan universe that has grown and expanded beyond our greatest expectations," said David Glasser, CEO of 101 Studios. "Taylor has proven time and time again his powerful ability to tell riveting stories that are rich with passion, drama and adventure and entertain audiences everywhere. Additionally, the fall is an incredible landscape for television, bringing in the strongest viewer availability. ViacomCBS has remained a phenomenal partner to us over the years and this showcases the network's confidence in all of our shows."

As part of Sheridan's deal with MTV Entertainment and ViacomCBS, Mayor of Kingstown and 1883 are first from his exclusive multi-year pact, which includes scripted and procedural series for streaming and linear. 101 Studios serves as a production partner on all series.

· 1883 - launching Sunday, December 19th on Paramount+ - follows the Dutton family as they embark on a journey west through the Great Plains toward the last bastion of untamed America. It is a stark retelling of Western expansion, and an intense study of one family fleeing poverty to seek a better future in America's promised land - Montana.
· Starring Sam Elliott, Tim McGraw and Faith Hill, with additional cast to be announced.
· 1883 will be executive produced by Sheridan, John Linson, Art Linson, David C. Glasser, Ron Burkle and Bob Yari.

· PIPER PERABO (Covert Affairs, Coyote Ugly) will portray Summer Higgins; an outside protestor from Portland who is against the state funded police force that protects industrialized farming and the killing of animals.

· KATHRYN KELLY (Nashville, Dolly Parton's Heartstrings) will portray Emily; a vet tech who soon strikes up a relationship with the new cowboy.

· FINN LITTLE (Storm Boy, Angel of Mine) will portray Carter; a young boy reminiscent of a young Rip. Beth decides the ranch is the best place to teach him a lesson on how to be a man.

Weaver, Perabo and Kelly will appear in recurring roles with Little signed on as a series regular. Additionally, Will Patton has been upped to series regular.
· On Saturday, 7/3, Yellowstone July 4th Every Episode Celebration marathon (season 1) begins at 12pm ET/PT.

"Yellowstone" follows the Dutton family, led by John Dutton, who controls the largest contiguous ranch in the United States, under constant attack by those it borders - land developers, an Indian reservation, and America's first National Park. It is an intense study of a violent world far from media scrutiny -- where land grabs make developers billions, and politicians are bought and sold by the world's largest oil and lumber corporations. Where drinking water poisoned by fracking wells and unsolved murders are not news: they are a consequence of living in the new frontier. It is the best and worst of America seen through the eyes of a family that represents both.