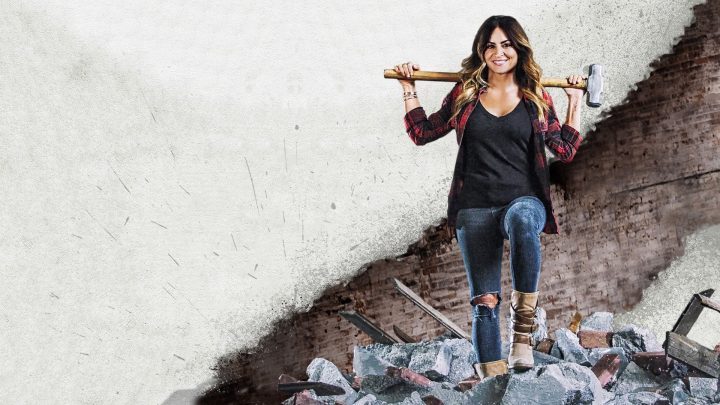 Alison Victoria To Star in a New Eight Episode Season

"HGTV fans know that Alison Victoria is an incredibly talented designer and she isn't afraid to share the ups and downs of her personal journey," said Betsy Ayala, senior vice president, programming & development, HGTV. "In Windy City Rehab, she inspires millions with her fearlessness and creativity, and wows everyone with the results. We just triggered eight more episodes to see what she does next."

New York [March 24, 2022] Designer and home renovation expert Alison Victoria puts demanding times behind her and gets a fresh start in new episodes of HGTV's Windy City Rehab. Premiering Thursday, April 21, at 9 p.m. ET/PT, the series' nine new episodes follow a re-energized and resilient Alison who, after weathering personal and professional challenges, dives into a new life chapter with optimism and renewed purpose. During the episodes, Alison takes on invigorating new renovation and design projects in Los Angeles and Atlanta as well as in Chicago. Windy City Rehab also will be available to stream on discovery+ beginning April 21.

"I paved my way through some very difficult times and I'm stronger because of it," said Alison. "I'm doing what's best for me by following my real love in life, designing and renovating homes, many of which you will see in the new episodes of Windy City Rehab."

One new episode highlights a project that sat untouched for two years during the pandemic. The dilapidated four-unit apartment building in a desirable part of town needs a full renovation and a quick sale in order for Alison to repay an investor. Facing a serious time-crunch, supply-chain delays and more, Alison gets creative to find materials, install innovative design elements and save the property's unique features. Future episodes feature her inspirational journey to explore many of her various life options, including working with her brother on an apartment flip, focusing on her design business and visiting Greece, her ancestral country.

In the season's first five episodes, fans watched as Alison almost lost it all. While working to complete gorgeous overhauls of older homes, she persevered through challenging setbacks, including permit delays and stop work orders. The fresh episodes, slated to premiere in late 2021, will find Alison at a crossroads and determined to keep working in her hometown. To continue doing the job she loves, Alison will rely on her skills, strength and grit while taking on more high-stakes historic flips, massive client projects and risky real estate opportunities.

"Last year, fans watched and supported Alison through a difficult time in her life and we're ready to follow more of her story as she rebuilds her business renovating older properties in Chicago," said Betsy Ayala, senior vice president, programming and development, HGTV. "The new episodes will spotlight Alison's tenacity and talent as she takes on some of the biggest renovation risks of her life and bets on herself."

Past episodes of Windy City Rehab are available to stream on discovery+, the definitive non-fiction, real life subscription streaming service. Fans can find exclusive photo galleries and videos at HGTV.com/WindyCityRehab and can follow @HGTV and #WindyCityRehab on Facebook, Twitter and Instagram for show updates as well as follow Alison on Instagram at @thealisonvictoria.

Fans don't have to wait until later this year to see more of Alison. On discovery+, she appears as a guest on the fun talk show series HGTV's House Party and, on HGTV, she hosts new episodes of Flipping Across America on Thursdays at 8 p.m. ET/PT, taking viewers across the country to find out which of HGTV's flipping experts gets the biggest bang for the buck in the house flipping business. On Mondays at 9 p.m. ET/PT, Alison is a featured designer in the new series Ty Breaker, where she works alongside popular carpenter, craftsman and designer Ty Pennington to help conflicted homeowners decide whether to overhaul their current home or renovate a different property to suit their needs. Alison also will partner with home renovator and contractor Mike Holmes to go head-to-head with other HGTV stars in season two of the hit home renovation competition series Rock the Block, premiering Monday, March 8, at 9 p.m. ET/PT.

Chicago designer and home renovation expert Alison Victoria could lose it all in the newest season of HGTV's Windy City Rehab - and it's not just because of bigger, riskier projects. In five, new 90-minute episodes premiering Tuesday, Sept. 15, at 9 p.m. ET/PT, as Alison continues her work to transform historic fixer-uppers, she must manage a strained business relationship, contend with permit delays and battle stop work orders. During the season, unprecedented setbacks put the skilled designer's reputation and livelihood on the line, but Alison loves her city and won't give up without a fight.

"Running a design and renovation business in Chicago is not for the faint of heart," said Alison. "It has tested me in more ways than I could have ever imagined."

Despite dealing with multiple unexpected challenges, Alison is all in to restore older homes in the community. To attract high-end buyers, she relies on her resourcefulness and design expertise to create gorgeous homes with modern layouts and luxurious style. In many cases, Alison adds local character to each property by including such features as vintage fireplace mantles, antique mirrored closet doors and salvaged furniture pieces turned into bathroom vanities.

"I love what I do and I'm determined to succeed," added Alison. "It's truly been an extraordinary experience."