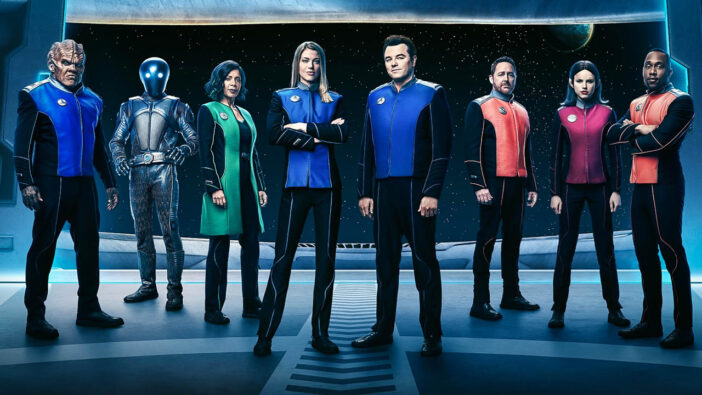 The Orville SEASON 3 Renewed On Hulu

Seth MacFarlane's epic space adventure series "The Orville" returns exclusively as a Hulu original series. Set 400 years in the future, "The Orville: New Horizons" finds the crew of the U.S.S. Orville continuing their mission of exploration, as they navigate both the mysteries of the universe and the complexities of their own interpersonal relationships.

Orville is a one-hour science fiction series set 400 years in the future that follows the adventures of the U.S.S. Orville, a mid-level exploratory vessel. Its crew, both human and alien, faces the wonders and dangers of outer space, while also dealing with the familiar, often humorous problems of regular people in a workplace… even though some of those people are from other planets, and the workplace is a faster-than-light spaceship.