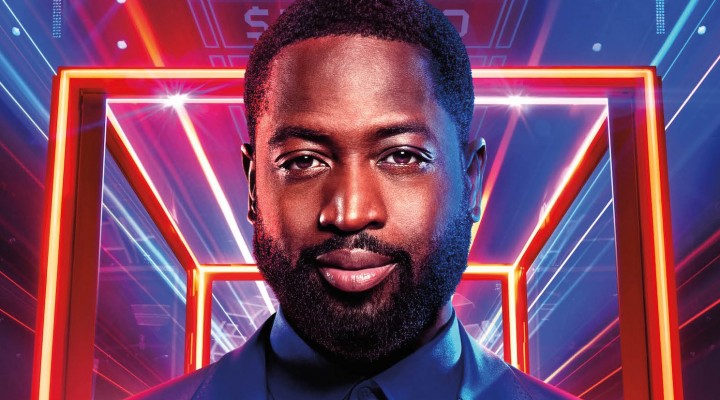 Has The Cube Season 1 been cancelled or renewed? When does The Cube return in 2021/2022? The Cube? We have the very latest The Cube cancel/renewal status and The Cube premiere date:

TBS announced today that an American version of the "The Cube," will premiere on Thursday, June 10 at 9 PM ET/PT. Based on the UK megahit and hosted by NBA All-Star Dwyane Wade, this high-octane series spotlights contestant pairs who must demonstrate skill, nerve and determination as they endure seemingly simple physical and mental tasks - all while confined in 'The Cube,' an intimidating glass box with its own mind and attitude, in the hope of winning a major cash prize. Working on their own or as a team, each pair has nine lives to complete seven games that are worth an increasing amount of money as they inch closer to taking home the $250,000 jackpot.

"The Cube" features new challenges in every episode to keep the teams on their feet and allow host and executive producer Dwyane to show his own skills. Each team can bring Dwyane in to take "One Shot," a call-to-action where our NBA champion enters "The Cube" to lend his athletic prowess and compete on their behalf for one attempt only. Additionally, the series launches with the latest augmented reality GFX and camera technology.

"The Cube" is created by Objective Media Group America, an All3Media America company for TBS. The series is executive produced by Dwyane Wade and his production company, 59th & Prairie Entertainment, as well as Layla Smith and Jilly Pearce for Objective Media Group with showrunner Glenn Coomber.

Dwyane Wade played in the NBA from 2003 to 2019, primarily for the Miami Heat. He was selected as an NBA All-Star thirteen times, won three NBA championships, and was named the 2006 NBA Finals Most Valuable Player. He is the Heat's all-time leader in points, games, assists, and steals and the NBA's all-time leader for blocks by a guard. Wade recently joined the Utah Jazz ownership group. Wade's partnerships include Li-Ning, Hisense, MISSION, Budweiser, BallerTV, Wade Cellars, Mars Reel, Spades Royale, and 800° Woodfired Kitchen. Through his partnership with WarnerMedia, he serves as a regular analyst for TNT's Tuesday night NBA studio coverage and is a creative director for Bleacher Report. He is a board of trustee member for the Naismith Memorial Basketball Hall of Fame. Founder of 59th & Prairie Entertainment, he is an executive producer of D. Wade: Life Unexpected, the Sports Emmy-nominated documentary Shot in the Dark, the Oscar-winning animated short Hair Love, and the upcoming docuseries Legacy. He is the New York Times bestselling author of A Father First and cofounded the Social Change Fund to invest in and support organizations focused on empowering communities of color and advocating for the human rights of all Black lives.