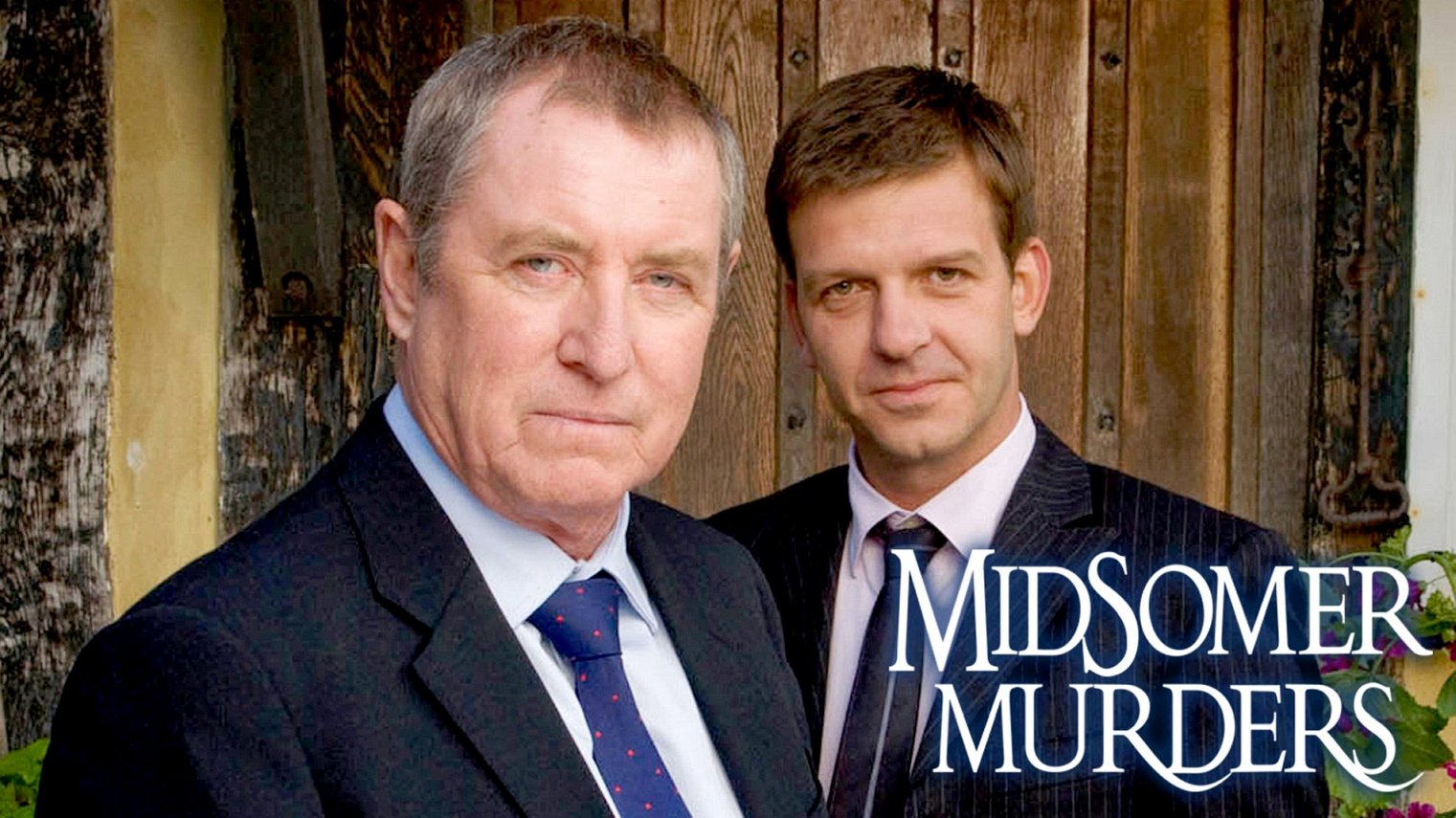 One of the most popular British mysteries worldwide returns with two feature-length mysteries on April 19; followed by four more mysteries this fall ONLY on Acorn TV

London, UK; April 7, 2021 - In a major coup for the service, AMC Networks' Acorn TV has secured the exclusive SVOD and U.S. Premiere rights to the highly-sought after new season of MIDSOMER MURDERS from leading international distributor all3media international. With more than two decades of intriguing mysteries, Midsomer Murders is one of the most popular and longest-running mystery series of all-time and remains one of Acorn TV's top performing franchises and a fan favorite.

Matthew Graham, General Manager of Acorn TV, said "Midsomer Murders remains one of the most popular mystery series of all-time and is beloved by our subscribers, so Acorn TV is thrilled to exclusively offer new episodes on April 19th, as soon as they are available, as well as four more mysteries later this year. Given the importance of this series to the mystery genre and British television lovers worldwide, we know fans have been anxiously awaiting the new season, so we're excited to be the only place in the U.S. to watch all 22 seasons."

Called "A must for British mystery fans" (Los Angeles Times), "Powerfully entertaining" (The Wall Street Journal) and "Phenomenally enjoyable... this show has only gotten better and better through the years" (Paper Magazine), Midsomer Murders has thrilled since its first broadcast on ITV on March 23, 1997 and soon thereafter on Acorn home video and later streaming on Acorn TV. Inspired by the novels of Caroline Graham, modern master of the English village mystery, the ongoing series starred John Nettles (Bergerac) as Detective Chief Inspector Tom Barnaby in the first 13 seasons and now stars his cousin Detective Chief Inspector John Barnaby, Neil Dudgeon (Series 14-22). In its first 21 seasons, victims have met their bizarre ends via a candlestick, a slide projector, a poisonous frog, a Celtic spear, toxic fungi, vintage claret, decapitation, King Neptune's trident, among many other ways. Midsomer Murders is shown in over 200 territories worldwide, and Foyle's War and Alex Rider creator Anthony Horowitz was an early scriptwriter for the series and suggested its title.

Over the years, the Barnabys have solved more than 300 murders and the series has featured an incredible mix of up-and-coming guest stars in early roles, including Orlando Bloom (Pirates of the Caribbean, Lord of the Rings), Peter Capaldi (Doctor Who), Henry Cavill (Justice League), Colin Farrell (True Detective), Samantha Bond (Downton Abbey), Emily Mortimer (The Newsroom), and Hugh Bonneville (Downton Abbey).

Filming begins on the 22nd series of Midsomer Murders

A spate of bizarre deaths will occur across middle England as filming begins on a new series of the much-loved ITV detective drama Midsomer Murders.

Neil Dudgeon returns to play DCI John Barnaby for his 10th year in the role, Nick Hendrix is back as DS Jamie Winter and Annette Badland resumes her role as pathologist Dr Fleur Perkins. Midsomer Murders is made by Bentley Productions, part of ALL3Media and is the UK’s top-rated drama export.

This series follows Barnaby and Winter as they investigate an urban myth becoming a murderous reality, a post-operative heart rehabilitation club whose members’ dreams of a second chance at life are cut short, a murder mystery weekend, a twisted scarecrow festival and an amateur dramatics company with deadly secrets.

“We are very pleased ITV has asked us to produce more Midsomer Murders. We will have our signature mix of tantalising mysteries, wonderful guest stars and stunning locations while also maintaining a safe working environment for all our cast and crew in these current challenging circumstances.”

“Everyone is excited to get back to work. Sadly there won’t be as much hugging and kissing on set as usual but we’ve all got to make sacrifices! It’s bound to be a bit strange at first with all the safety protocols but hopefully we can all keep each other safe and shoot another great series.”

"We are delighted that filming of the new series of Midsomer Murders has commenced with Neil, Nick, Annette and Fiona back where they belong. It's a hugely successful series for ITV and we're all really proud of the fact the audience still enjoys its captivating cases, unexpected plot twists and wonderfully engaging characters."