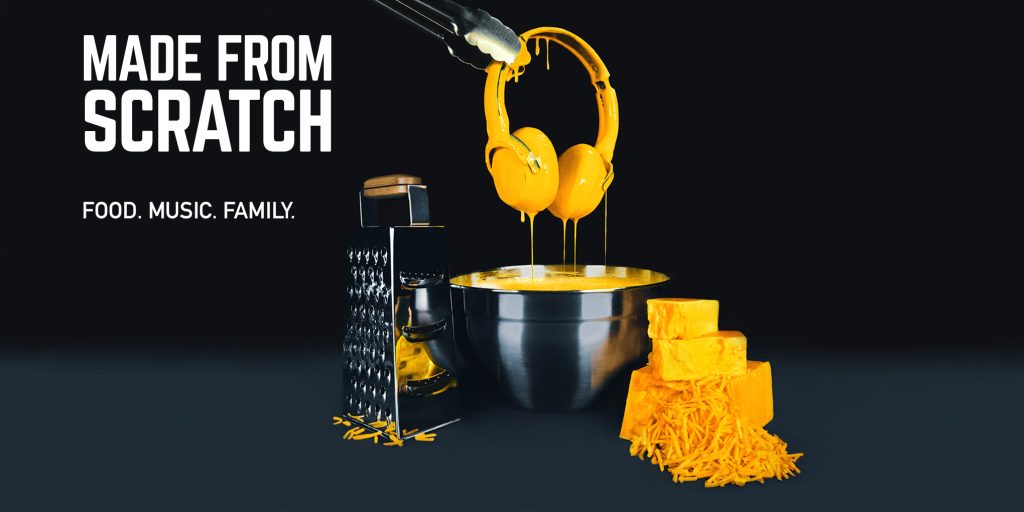 Made From Scratch Premiere Date/Status

Made From Scratch SEASON 3 Renewed On Fuse


Made From Scratch TV Series Information

LOS ANGELES AND NEW YORK (July 26, 2021) - Fuse Media, a Latino-owned, multicultural focused, multiplatform entertainment company has today announced the premiere date and guest stars for season three of breakout original Made From Scratch, the "not-really-a-cooking-show" that goes beyond the recipe to serve up a candid look into the lives of our favorite artists as they prepare their most-loved childhood dishes with the family who knows them best. The new season will debut September 15 at 10pm ET/PT on Fuse.

Made From Scratch is the unscripted series featuring artists as they share a home-cooked meal with their family and friends, and invite viewers to share the love and feed the soul. It's about the intimate, genuine moments where food creates a bond, and artists can let down their guard and reveal how food and family have helped shape their identity, and inspired their art.

In Made From Scratch, Fuse hands artists the mic by inviting them to self-shoot their episode and let their guard down, be vulnerable and honest in the comfort of their own home. The series is produced by the Fuse Content Studio. Previous guests include Ally Brooke, G-Eazy, Big Boi, ASAP Ferg, Saweetie, Rick Ross, Jhene Aiko, Vic Mensa, Dave East and Danileigh, Miguel, Anjelah Johnson, Karol G, JoJo, MadeinTYO, Trippie Redd, Mulatto and many more.