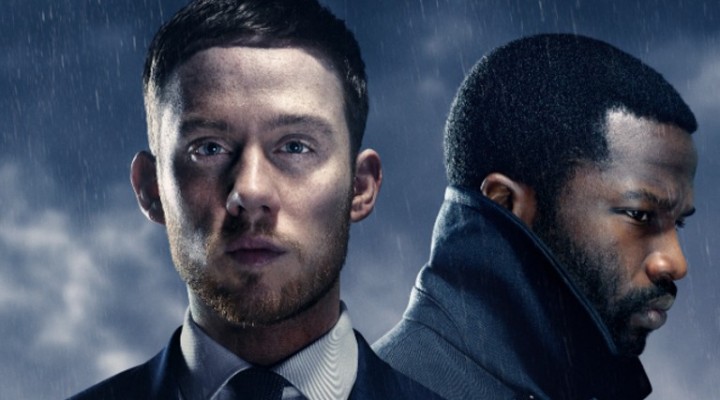 Gangs of London Season 2 (AMC+ / AMC)
New Season Premieres November 2022
A new, darker era of chaos and turbulent power struggles comes to London in this critically acclaimed, award-winning original series. One year after the death of Sean Wallace and the violent reckonings of season one, the map and soul of the city has been redrawn - the surviving Wallaces are scattered, the Dumanis broken and estranged, and ex-undercover cop Elliot Finch (Ṣọpẹ́ Dìrísù, Humans) is now being forced to work for the Investors. As the Investors look down on a city sliding into chaos, they decide enough is enough and bring in reinforcements to restore control. Old favorites and new players fight back against the new order, forcing sworn enemies to work together and family members to betray each other. Returning cast includes: Dìrísù, Paapa Essiedu (I May Destroy You), Lucian Msamati (His Dark Materials), Michelle Fairley (Game of Thrones), Orli Shuka (Save Me), Pippa Bennett-Warner (Harlots), Brian Vernel (Star Wars: Episode VII - The Force Awakens), Narges Rashidi (Under the Shadow), Asif Raza Mir (Daaman) and Valene Kane (The Fall). Joining the ensemble cast for season 2 include Waleed Zuaiter (Baghdad Central), Jasmine Armando, Fady El-Sayed (Baghdad Central), Salem Kali (Un Prophète) and Aymen Hamdouchi (SAS: Red Notice). The award-winning series is created by Gareth Evans and his creative partner Matt Flannery. Gangs of London is a Pulse Films production in association with SISTER for Sky Studios and AMC. *AMC+ Original

The critically acclaimed first season became an international sensation and season two is set to air on AMC+ in 2022.

The in-production teaser and first-look images offer unique insight into the world of season two, as the gangs battle to decide who will win the soul of London. Set one year after the tumultuous events of series one, the second season charts London's map and soul being redrawn.

Since the collapse of the Wallace Dumani empire, order is lacking and the energy and chaos of a gold rush threatens the city with gangland anarchy. As The Investors step in, a new gang leader is tasked with restoring the status quo.

· The award-winning series is created by Gareth Evans and his creative partner Matt Flannery. Gangs of London is a Pulse Films production in association with SISTER for Sky Studios and AMC.

For 20 years, Finn Wallace (Colm Meaney) was the most powerful criminal in London. Billions of pounds flowed through his organisation each year. But now he’s dead – and nobody knows who ordered the hit. With rivals everywhere, it’s up to the impulsive Sean Wallace (Joe Cole), with the help of the Dumani family headed by Ed Dumani (Lucian Msamati) to take his father’s place. if the situation wasn’t already dangerous enough, Sean’s assumption of power causes ripples in the world of international crime. Perhaps the one man who might be able to help him and be his ally is Elliot Finch (Sope Dirsu), who up until now, has been one of life’s losers, a lowlife chancer with a mysterious interest in the Wallace family. But as the wind of fate blows, Elliot finds himself transported to the inner workings of the largest criminal organisation in London.

Sky Original Gangs of London returns for a second series
Record breaking show produced by Pulse Films in association with SISTER for Sky Studios
AMC boards as co-producer for second series
The inner workings of the largest criminal organisation in London are set to be unearthed again as Sky announces series two of its record-breaking Sky Original drama, Gangs of London. The series has been praised for its contemporary take on the gangster genre and cinematic fight sequences. The Times described it as an “outrageously thrilling drama…from rare talent”. Fans and TV critics have also drawn parallels with Game of Thrones for its visceral action, family saga and shades-of-grey morality; NME said it’s… “Game of Thrones, but without the dragons”.

The first series is the biggest Sky Original drama launch on Sky Atlantic of the past five years with a 7-day cumulative audience of over 2.23m* viewers for the opening episode overtaking other smash-hit Sky Originals including Chernobyl and Save Me. Gangs of London is also Sky’s most binged premiere boxset this year with just under a million choosing to watch to the ninth and final episode of the series within two weeks and has had over 16.6m downloads across the series so far.

Gangs of London was created by visionary award-winning filmmaker of The Raid film franchise, Gareth Evans and his creative partner Matt Flannery. The series is produced by Pulse Films in association with SISTER for Sky Studios, filming on Series two is planned for next year, with the series returning in 2022.

In the meantime, the drama is set to explode on to screens around the world as AMC has picked up rights for series one of the smash hit in the US and will also join as a co-producer for Series two.

Viewers in the US will be able to watch Gangs of London Series one this autumn on AMC, with the show also scheduled to air on Sky in Germany and Italy this summer.

Zai Bennett, Sky UK’s Managing Director of Content, said: “Not only is Gangs of London Sky’s most binged premiere box-set this year, it’s the biggest original drama launch on Sky Atlantic of the past five years. It’s dark, dangerous and we are thrilled it is coming back for a second series. We couldn’t be more pleased to welcome AMC to our gang for Series two alongside the teams at Pulse Films, SISTER and Sky Studios. Will the Wallace family rise again, will the Dumanis remain loyal to their new allies and who is Elliot really working for? All these questions and more will be waiting for Sky viewers when Gangs of London returns to screens in 2022.”

Dan McDermott, President of Original Programming for AMC and Co-President of AMC Studios, said: “Gangs of London is a cinematic thrill ride that set screens ablaze with a stellar cast, elevated drama and epic storylines, and we couldn’t be more excited to raise the pulse of our audiences with this explosive crime series. We’re grateful for the opportunity to partner with Sky Studios, Pulse Films and SISTER to continue to push the boundaries on a bold new season of the series.”

Thomas Benski, CEO & Founder, Pulse Films, said: “The overwhelming reaction and record-breaking success in the UK of the first season of Gangs of London has been phenomenal, and we are thrilled to continue this epic journey with such riveting characters for season two with our amazing cast, crew and partners. We look forward to teaming up again with our friends at Sky and to welcoming AMC on board as our US broadcast partner. AMC is the perfect home for our show, and we cannot wait for audiences stateside to experience series one this Autumn.”

Gangs of London Series two was commissioned by Zai Bennett, Sky UK’s Managing Director of Content and Cameron Roach, Director of Drama at Sky Studios, with Gabriel Silver as the Executive Producer for Sky Studios.