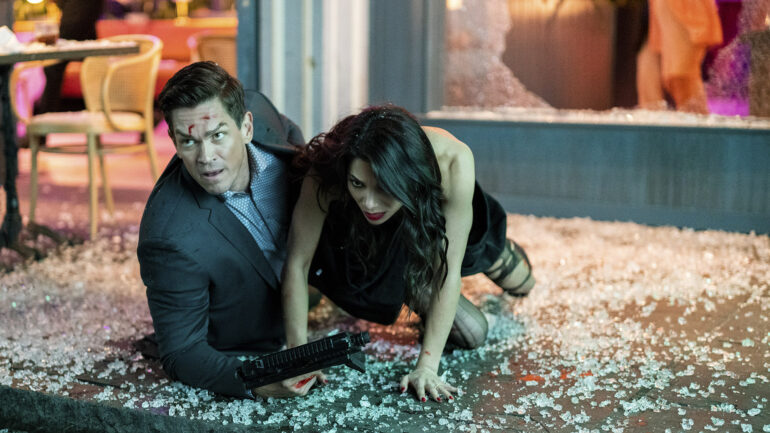 
Has True Lies Season 1 been cancelled or renewed? When does True Lies return in 2023/24? True Lies? We have the very latest True Lies cancel/renewal status and True Lies premiere date:

STEVE HOWEY AND GINGER GONZAGA STAR AS HARRY TASKER, A SUBURBAN DAD WHO LIVES A DOUBLE LIFE AS A TOP INTERNATIONAL SPY, AND HIS WIFE, HELEN, RESPECTIVELY, WHO IS INADVERTANTLY BROUGHT INTO STEVE'S WORLD OF DANGER AND ADVENTURE, ON THE SERIES PREMIERE OF "TRUE LIES," WEDNESDAY, MARCH 1

Editor's Note: The premiere date of TRUE LIES has changed since it was previously announced. It will now premiere on Wednesday, March 1.

"Pilot" - Inspired by James Cameron's hit action/comedy film of the same name, TRUE LIES follows Harry Tasker (Steve Howey), a first-class international spy for U.S. intelligence agency Omega Sector, and his wife, Helen (Ginger Gonzaga), a language professor bored with her daily routine, who makes the shocking discovery that her seemingly ordinary husband is leading an extraordinary double life. With the secret out, Omega recruits Helen, who impresses everyone with her formidable skills (thanks to Tae Bo and yoga), and she joins Harry and his team of top-notch operatives, embarking on covert missions around the globe and an exhilarating life of danger and adventure - all while keeping their adventures a secret from their children. The renewed bond between them adds much-needed sizzle to the Taskers' emotionally distant marriage and upends the top-secret world of Omega Sector. But, as Harry says, if you're going to save the world, you might as well do it for the ones you love, on the series premiere of TRUE LIES, Wednesday, March 1 (10:00-11:00 PM, ET/PT) on the CBS Television Network and available on the CBS app and streaming on Paramount+. Series also stars Omar Miller, Mike O'Gorman, Annabella Didion and Lucas Jaye. Beverly D'Angelo guest stars as Omega Sector Director Trilby.